1
Why Jin is good for Zuko: a Jinko analysis.
posted by Zukos_bride 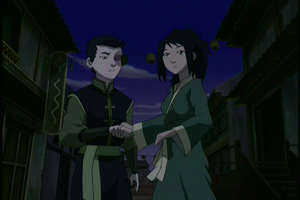 I am quite sure every person in the Avatar fandom has heard about Zutara and Maiko dozens of times many of those occasions in complicated shipping wars something this makala is not here to initiate. But how many times have wewe heard of Jinko? How many even remember who Jin is? I am willing to bet not many. She was the girl that Zuko dated when he was stuck in Ba Sing Se as a fugitive of every nation including his nyumbani and was disguised as a refugee of the name "Lee". In Tales of Ba Sing Se.


Jin was a sweet, innocent, charming girl that had a crush on Zuko and frequented Pao's teashop a lot just for him. When she got the courage to finally ask him out as we can tell she was quite shy Iroh acctepted for Zuko before he could back out. When Zuko begins the tarehe with her we see him in a visibly bad mood and quite frankly being a jerk. During the tarehe he is rude and awkward not looking at Jin in the eyes when he is playing with a meatball moving it around his plate with a pair of chopsticks. Instead of mocking his dorky behavior au getting angry when he yelled "She is not my girlfriend!" at the waiter making a mess of a scene in the restaurant, she is surprisingly patient and kind with him giving him her warm smile and being optimistic, but actually to the viewer the awkwardness is cute and comical. Like when Jin slurps her noodles and Zuko maoni "You have.. quite an apetite for a girl" and she majibu "Um, thanks?" not knowing if it was a compliment, au when Jin asked about his life before the city and he replied he was part of a traveling circus (as if) and she thought he was a juggler and asked him to onyesha her and he actually tried. Can wewe imagine if anyone else had asked him to juggle!? But one look at Jin's wide smile and pretty hazel-green eyes and he couldn't say no.

We can clearly see that Jin was probably already warming his moyo with her charisma.

She does not seem to lose that charisma and her smile despite being a refugee and living in poverty in the lower ring in Ba Sing Se.

The tarehe ends with Jin taking him to the firelight kisima, chemchemi and he does a shocking thing as he used firebending to light it for her, risking a lot if he got caught. When Jin asked "How did you.." we can assume she probably figured how he lit the lanterns as she trails off giving him a one might argue knowing look. She doesn't run for the hills though she stays with him. She gives him an innocent but romantic kiss that might just be his first and he responds with a small kiss too until he pulls aways and leaves explaining it was complicated.

It was indeed.. he is a wanted man in every corner of the planet living a lie he does not want to be living and tormented kwa his past.
But his tarehe gave him a siku to feel like a normal person of his age to forget his situation for a short period.. and feel kindness appreciation and acceptance. Jin did not see a Prince au a scarred banished "traitor" au an angry jerk. She liked him for him when he was at his lowest and he had nothing to offer her. He had a time to enjoy being a teenager and got him to lighten up even. They are like yin yang opposites but happy together. Yes Zuko alisema he's never happy but with Jin he was. With Jin he smiled. With Jin he can just be who he is inside.

Jinko is a good third option for those of us who think Mai was just a bit unexcited in almost every thing and did not understand him that well though she tried and she sacrificed herself to save him so I would never take that away from her, but unfortunately sacrificing yourself does not make wewe compatible with someone. Katara is kind and has a good personality also but she can be rude and oh so stubborn and hotheaded sometimes. I get the moto and water deal and it sounds appealing but it is not necissarily yin and yang as moto and water do not coexist in peace, one destroys the other. Katara also resented him for a long time, though she was of course justfied. A forbidden relationship is intense but full of drama and Zuko doesn't need zaidi drama because gosh he has had enough drama in his past right? I doubt he wants more. Song was a great option for him as well, as she was calm and had a good moyo as well she did not even accuse him for stealing an ostrich horse from her family but merely felt sad kwa it.. but she did not get him to lighten up. He deserves peace he deserves something simple but sweet. Something that brings the good fun side of him. One could argue we do not know enough about Jin to know if they are compatible but we do know that in short time she made him happy. We know they had chemistry and were adorable together. They had a beautiful nostalgic tarehe together.. and to me she was special.

I understand though his destiny was to help the Avatar and his Marafiki save the world..

Of course this all just an opinion I have and others might not agree and they do not have to everyone is free to think what they want and I respect their point of view too but I wanted to write a piece for the Jinko shabiki base out there because zaidi often than not we are forgotten.
Rihanna312 likes this
Rihanna312 Man, I still ship them and wish their relationship would've been longer. 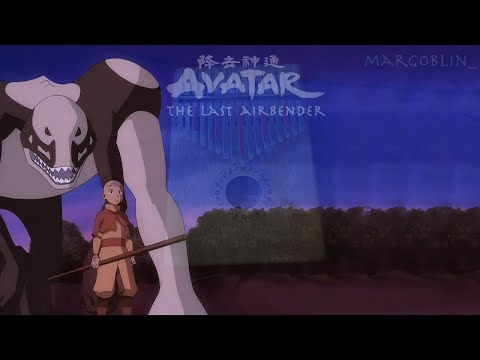 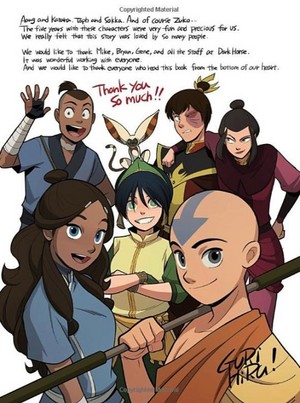 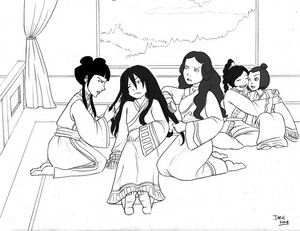 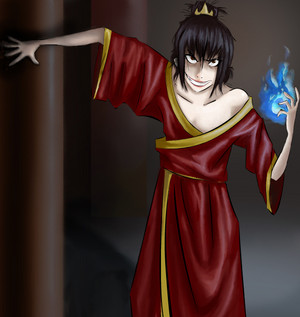 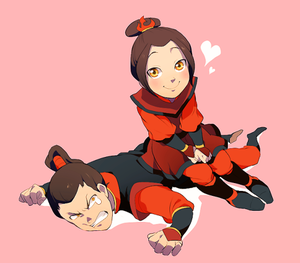 Azula and Zuko
added by zanhar1 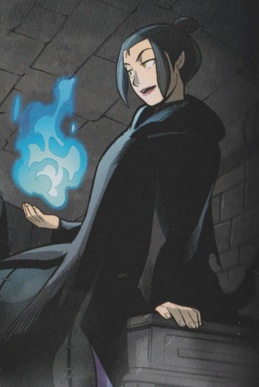 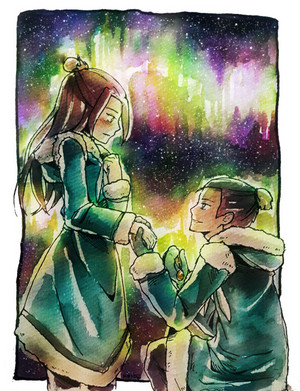 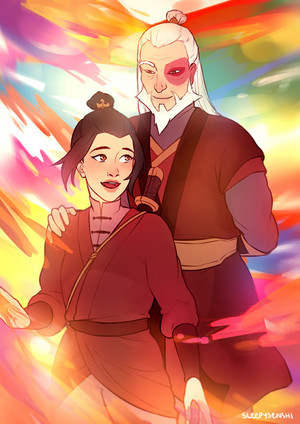 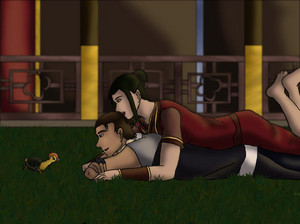 Azula
added by zanhar1
Source: ode2sokka
A Leap Of Fate (A Modern College AU)
posted by zanhar1
It had been only three days since Azula arrived at Rockshire University. The campus, a rather large series of buildings sprawled throughout the rural area. Azula found the setting to be ill-suited for a campus that specialized in areas urban business, marketing, and cooperation.
That was after all what she decided to go there for—aspiring to be only the school’s best business major (minoring in psychology ofcourse)...a straight A, top-of-her-classes goal.

It would be…awkward not having Mai and Ty-Lee around to Converse and discuss matters with. Back in their high school and middle school—and...
continue reading... 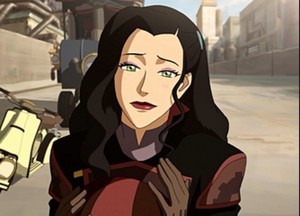 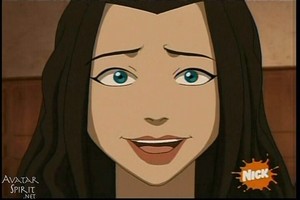 1
Azula has changed?
added by TheOnlyBoss
Source: My hariri 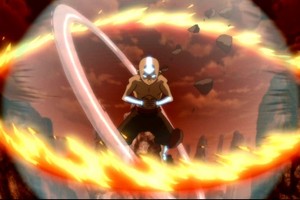 1
The Avatar
added by RoseLovesJack 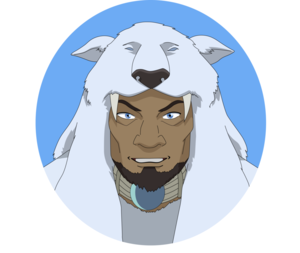 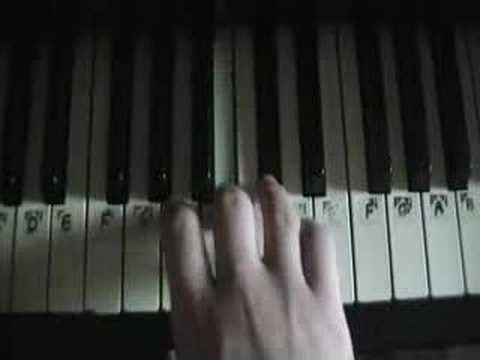