My feeling after watching the kiss (phwoar! H-O-T! wasn’t it?!) is that Cuddy was in such a dark, painful place that when House looked at her he saw himself reflected in her eyes: She was feeling the kind of pain he feels and I think for him to see the woman who is always so strong and the only one to really stand up to him in such pain made him realise how much he needs her in his life as the strong, sassy, and don’t forget sexy, woman who is his sparring partner and gives just as good as she gets, if not zaidi sometimes. She is, as Lisa E said, House’s ‘heart’ and I sure as hell think she is IN his heart, as well as being the one to appeal to his moyo and his softer side (that he only ever shows to her, and Wilson once au twice.).
The Huddy banter in ‘Joy’ was phenomenal and she had such great comebacks to his remarks. I think she realised that House was being House-ish, but it still hurt her, as it would, I mean he was pretty mean. She was so happy (and tried so hard to convince herself that she was) in this episode and I think House didn’t like it, as he was no longer going to be the main focus of her life if she got the baby. His feeling, I think, was that he is her ‘baby’, the one she has to keep in line and have spats with, he didn’t want anyone else to be vying for her affections as he knew that she would upendo the baby zaidi than she liked him. He was (and still is) struggling with his feelings for her and so the fact that there would have been another person in her life to occupy her time would annoy him to no end as then he would not be able to figure out what was going on in his head.
I think that when House saw her in so much pain and she STILL stood up to him, questioning his motives and forcing him to swali his own motives, her strength amazed him and he didn’t say what else I am sure he had planned to say (probably a lot zaidi snarks!). I think that her reaction was the BEST reaction we have had so far and it was spot on, he was being a b*stard when he alisema she didn’t want this baby and would be a sh*tty mother. I think that, as much as she denies it, his remarks do get under her skin, especially to do with this subject. I think the fact that he came and annoyed her, causing her to fight back wither words brought a tiny bit of normality back and reminded her of her stronger, sassier side which I think will help her through and get her back to her old self (although still ‘damaged’ and slightly sad) quicker, as she seems back on juu form in the promos.
Just a bit from the inerview :
“Have to ask about a teaser scene (for tonight’s episode “Joy”) which showed Cuddy in tears with a very serious looking House, very near to her. Can wewe tell me anything about that without divulging too much about the episode?
I upendo that scene. It's the closest we've yet to see these two people. Cuddy is in so much pain that in a way, they can see each other eye to eye for a moment. Absolute clarity... ”
I thought this was so spot on that I had to copy it here. Had to stop myself from just putting the whole interview in!

This makala started off about the kiss and I seem to have gone off track a wee bit! So, to the kiss now….
Well, what can I say? WOW. Very H-O-T! =P
It was the looks that they shared before it and his almost dry-throated “I don’t know” that got me, I mean the honesty in those looks was so amazing, they basically laid themselves bare (pardon the pun!) especially House who showed what he will end up feeling was too much (IMO). House initiating it and Cuddy reacting immediately, pulling him to her showed that both really wanted it to happen, House because well, he loves Cuddy ! J And, Cuddy because maybe she just craved some physical contact, something to onyesha her life is not all crap! House kissing her gave her that as he showed her some emotion, which is so hard and so rare for him that it gave her some hope that not all was lost, if House could onyesha he cared then she could pick herself back up from this and carry on.
I think that the kiss was zaidi than just a kiss in that I think it was House saying sorry for his ‘you would be a terrible mother’ maoni and inaonyesha her he could be human. In leaving in true House fashion, it showed that, yes he had really wanted it, but he thought he had exposed himself too much, even though it was Cuddy. I think his joking about it in the promo is his way of protecting himself from dealing with what it means.
The look on Cuddy’s face and the forced out ‘good night’ was heartbreaking, and so telling at the same time. It told me that she had been shocked kwa the kiss but oh so chuffed too! She was so shocked kwa it, but the fact that she basically sucked his face off and couldn’t take her eyes off of him as he left showed that she definitely enjoyed it! I think that her lack of response was because she couldn’t quite compute what had just happened as I am willing to bet that she thought it never would (although she probably wished it would =P) and so it was all so overwhelming. Also, I think that maybe the fact that she was so sad and depressed before he came and then when he was talking to her, but I think her body would have reacted to the kiss before her mind had a chance to process what was happening, and so the very speedy transition from sad to hot probably screwed with her head, making it even harder to work out whether au not it was what she had wanted and if it was as good as she thought, au just really good in comparison to how sad she had been.

I was so blown away kwa the uigizaji in this episode, and the writers did one hell of a job! I think that in this season the uigizaji and stories will only get better.

(p.s. I am ignoring the Wuddy references in the promo until I see the inayofuata episode as my brain is still trying to detox from the Huddy kiss!!)

Hope wewe like my take on this stuff! Seriously, I recommend wewe read the interview with LE because she gets it dead-on, I mean wewe expect her to as she plays Cuddy, but some of the stuff she says is exactly spot on. (well I think so anyways!). I recommend wewe read it if wewe haven’t already. Here’s the link : link
kimi_kirtee, houseluva8 and 9 others like this
HuddyCrazy1331 Nice article!!! I also think that the kiss was meant to for Cuddy to "see him in a different light" as he had tried to show her with the cheerleader photo the PI showed her. And also when he said "I don't know", I think he really didn't know why he did those things, but I think that he had a guess as to why, and he wanted to see if his guess (most likely being tht he was in love with Cuddy) was right, and he did this by kissing her. He stopped and left, practically speechless, because he had to think about things, about what had just happened, and about the theory he had that had probably at that moment been proven correct. But that's just what I think. XDDDDD
emzypemzy I totally agree HuddyCrazy! thanks for the great comment as always! XD
HuddyCrazy1331 LOL! You're ttly welcome ep!!! :D
Fabouluz I love this article so much!! :D I'm not going to go into the whole Wuddy thing either until the episode plays out. I can't wait for the next two episodes either with the hostage situation. xoxo
svu_lover1 I think that the actors liked kissing. i mean, it is almost impossible to fake that kind of passion!
HuddyCrazy1331 OMG, I was thinking the same thing!!! We all know LE wanted sex XDDDDDDDDDDDDD
emzypemzy Lol ! know what you mean! there's an italian interview where they ask her if she would kiss Hugh/ if she likes him and she says: "No, he's married, it would be illegal!" LoL! thought that was hilarious, as if she is saying that she does really, but cant cos he's married :P but i am just reading into somehting which is probably (no most likely) nothing!
HuddyCrazy1331 XDDDDDDDDDDDDDDDDD LOL!!!! 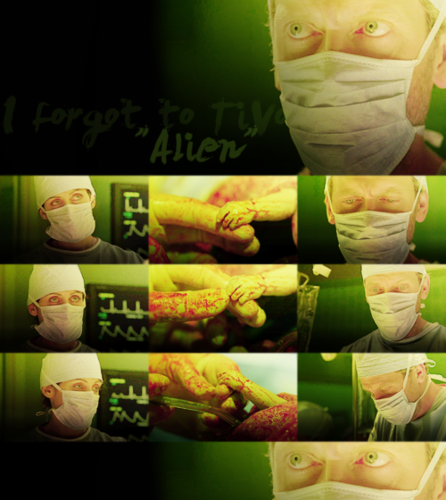 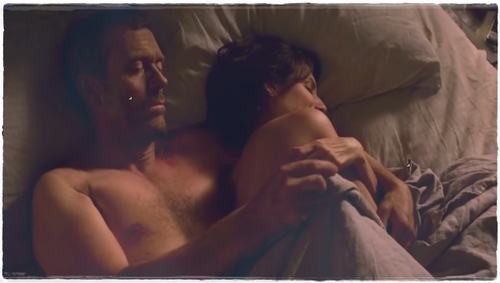 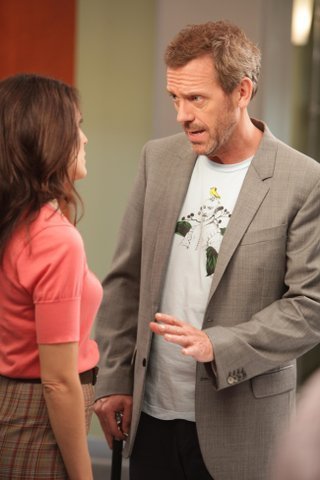 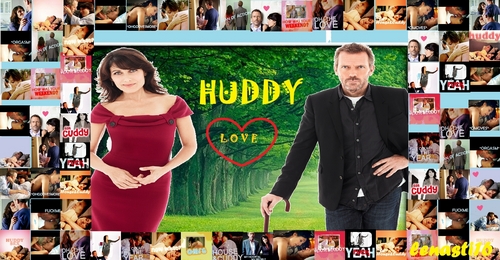 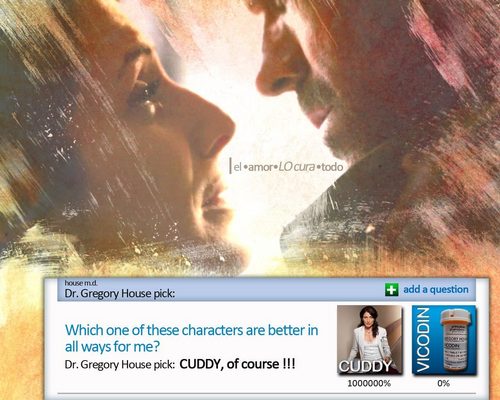 2
Cuddy VS Vicodin
added by danielapeque 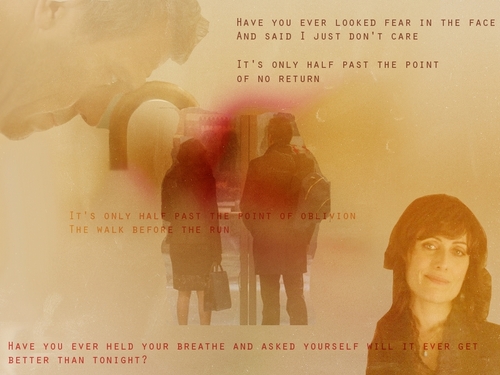 7
Unfaitful
added by Cuddles
Source: me

18
Wilson Gets It (Even If House Won't Admit It)
added by svu_lover1
A compilation of some scenes throughout the run of 'House' that shows that while House might not admit it, Wilson knows his bestest has got it bad for their boss. - Click the arrow inayofuata to the title to view :)
video
shabiki video
house
Hugh Laurie
fanvid
cuddy
lisa edelstein
huddy
shipper

9
Huddy [House+Cuddy] "Dizzy Miss Lizzie"
added by svu_lover1
I thought this was was hilarious & yet somewhat true at the same time!
video
huddy
cuddy
house
Hugh Laurie
lisa edelstein
fanvid
You Might Also Like... 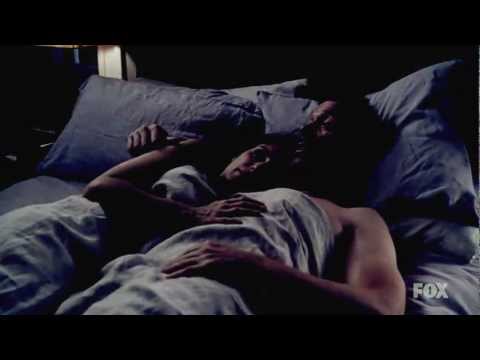