2
The Beginning: Part8
posted by alinah_09
The inayofuata day..it was a holiday and also the time for that party in Ponyville

in Flame's home..he was eating breakfast and put his luggage in his living room

"hehe..cant wait.." Moonshine alisema eating a part of the saladi with her fork being levitated

Spectrum has just finished his breakfast and went to the shower,the train tickets in his own luggage and after a while he finished bathing

Orion also finished his breakfast and bathing he went to his bedroom to recheck if all his things were present..he found his book lying on juu of his dawati he then took a glance of it..seeing his name along with his friends

"I know this is kinda like a big deal but..do they have to do all this trouble?" he alisema again taking his attention on his luggage

soon they were all at the station with Spectrum arriving first

"Hey! wewe guys!" Spectrum alisema waving at his Marafiki "here are your tickets" he then handed a ticket to them,then sat on a nearby bench with his bags close to him

"thanks" the rest of them alisema taking their tickets and also sat on the bench--...and the other bench,since they dont fit in just one..--waiting for their train to arrive

"soo...you know,you shouldnt have went for all this trouble..." Winter alisema looking at them

"It no problem..besides its for all of us" Flame alisema reassuring him

"..oh..well thanks!" Winter alisema giving them a smile..soon the train arrived and the passengers went inside along with them taking a seat

Winter took a look at Canterlot while the train was departing "hmm..."

"Are wewe nervous au excited?" Spectrum asked siting beside him on his left "Ponyville is not a bad place wewe know.."

"No...im kinda like both..and yeah,i know its not bad..i trust you..its just..i've never been outside Canterlot..except when we visited out grandma at Franciscolt when i was young" he answered looking away from the window and at his companion

"You'll get used to it" Spectrum said,the train moving away from Canterlot and off to Ponyville

it took them a few hours before they reached their destination,some of the passengers + Flame and Moonlight fell asleep,taking a nap...and finally they reached Ponyville station..and when they got there it was now dark

"What?!" he alisema suddenly standing up "okay! i'm up,i'm up!" he said,darting straight to the door out..now it was Moonshine's trun to wake up her sister

"c'mon sis,wake up...you wont be in the party if you're left behind" Moonlight alisema nudging her sister

soon,they were all on their way through the streets of Ponyville,with the full moon -- with a picture of a mre -- and the twinkling stars clearly seen above...even beautiful than those in Canterlot,attracting the ponies -- no,Nightmare Moon is not hypnotising them.. -- with its sight

"I told you,its not so bad" Spectrum answered,he too was marveled kwa its sight

"hehe...well,lets keep going..Ponyville is not really that dangerous so we can have a short tour" Spectrum alisema walking through the streets with streetlights,he led them through a park;it had beautiful flowers,big trees,a drinking fountain,a small pond and a statue of a gppony, pony in the middle of it "i looked at the Ponyville maps,last night..so i now know this place like the back of my head"

"Whoa..." they were all awestruck at the sight of the park with the moonlight glistening in the pond

Spectrum then led them to its paths and off to a kilima the night sky even zaidi beautiful,up close...the ponies laid on the grass,stargazing at the night sky...just a few dakika later then went off again

"Wecome to Sugarcube Corner! we have a long orodha of sweets wewe can choose from!" a light blue earthpony mare alisema from behind the counter

"were here for a choco fudge cake!" Flame alisema tongue sticking out "and a slice of cherry pie!"

"what he said" Spectrum alisema pointing his hoof at him

"Got it! hujambo Carrot Cake! can wewe get their order?" She alisema while he stuck his head out of the door

"Okay,hun!-...i mean Cup Cake!" he went back inside to get their order

"you're a couple now? now sweet! is he your husband?" Moonlight asked

"well..he became my coltfriend just a week ago...but he is going to be my husband to be" cupcake alisema smiling...as she alisema that their order was ready already wrapped and gave them to their customers

"Oh,thats no problem! always good to have customers! this is only the start though...we aim for our bakery to be one of the best in Equestria!" she alisema grinning at the thought,then she waved them goodbye

they went through the door out of the bakery out to the streets,off to Spectrums other house

Spectrum levitating the sweets out of the ogling Flame's reach

A while later they reached his nyumbani and a surprise caught them..eyes wide

not bad? :\
tailsfan111 and NocturnalMirage like this
NocturnalMirage Finally I had some time to read some fanfics. I started with this chapter of yours and I'm impressed. Even though the pace slowed down a little, I like all the little details you implemented, like the Ponyville night. :)
2
Octopus-3 part 4
posted by Seanthehedgehog
The airplane continued on until it reached Canterlot. Tara's army wasn't there yet.

Mirage: So, what do wewe want to do while we wait for Tara?
Con: We could go to another casino.
Fenix: And have us watch wewe play poker?
Con: I'll win the money, and mgawanyiko, baidisha it with you.
Rain: wewe better.
Mirage: I'll play some poker too.

All four enter the Canterlot Casino, with Con, and Mirage ready to gamble.

Con: Alright. Good luck with your game.
Mirage: Thanks, wewe two.
Dealers: *deal cards*
Fenix: While those two are planning to throw away money, why don't we go check out the chokoleti fountain
Rain: Hell yeah!...
continue reading...
1
On Celestia's Secret Service part 3
posted by Seanthehedgehog
The three ponies went for a walk toward a skiing resort. Rareesa lives in a really cool part of town, literally.

Fenix: I have some soldiers stationed kwa here. They'll be able to get us from here to Discord's base.
Con: Alright, in the mean time the three of us can go skiing.
Koreans: *arrive on snowmobiles*
Fenix: au not.
Con: Go get those soldiers, we'll cover you!
korean pony62: Hello wewe two.
Rareesa: Hi.
korean pony62: Don't think about running, because we are getting help from sweden.
Con: wewe need all the help wewe can get to stop us. *shoots korean pony* Take his snowmobile!
Rareesa: *leaves...
continue reading...
1
Golden Iris part 1
posted by Seanthehedgehog
Welcome to another story about a spy named Con Mane. We begin at a Mexican nuclear base.

Con: *runs onto dam*
pilot: *flies past Con*
Con: *ties himself to guardrail*

Con jumped, as the rope slowly let him down toward part of the base. A few dakika later he was inside.

From there Con walked into an unlit room when he ran into another gppony, pony named John.

Con Mane in disguise.
When Con called P, she was angry with him.

P: Goddamnit Con! wewe weren't supposed to kill anyone!
Con: Yeah well Der Cheif is still alive, and I found a way to get the money from him.
P: How? Blow his head off?
Con: I'm going to follow him to the Casino Of Solace, and win the money he stole.
P: Ok, but this is your last chance. If wewe kill one zaidi pony, your license to murder will be provoked. Now come back to Canterlot.

Con returned to Canterlot so he could get some supplies. He got money, and he was being disguised to look like another pony. He was going to Alicorn City which was where the...
continue reading...
1
Casino Of Solace part 1
posted by Seanthehedgehog
This is a combination of Casino Royale with Quantum Of Solace. It all started in a place called Dodge City, where many stallions were pitting wanyama to fight against each other. Con had to find a certain gppony, pony that was gambling on the animals.

Con: Did wewe find her yet?
Hungry: No. I don't see her.
Con: Stop touching your ear!
Hungry: Sorry?
Gambling pony: *notices hungry*
Hungry: *pulls out gun*
Con: Put your gun away! I need her alive.

Con chased after the mare into a construction sight. When he found the fence he couldn't hop over, he aliiba a bulldozer, and destroyed it, then continued his chase....
continue reading...
2
Bartholomew Episode 3 Part 1
posted by Seanthehedgehog
Theme song: https://www.youtube.com/watch?v=e5hXtGkzZ9k

Bartholomew Perfect the 55th from Seanthehedgehog

Ten Cents, and Henrietta from Seanthehedgehog

It was a nice, and beautiful day. The sun was shining, and a nice cool breeze was blowing all around the train station in Harmon. 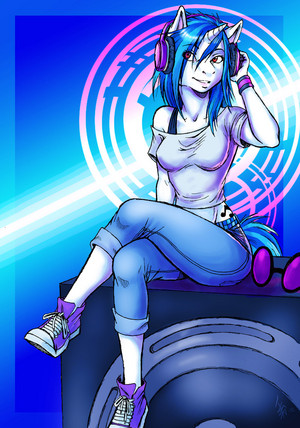 Title screen! Yay! :D
A not so long time zamani in a world ruled kwa ponies

Discord has taken over the Prisoner Of War camp where I was sent, with upinde wa mvua Dash, Princess Celestia, and many other ponies.

However, the Nazi Forces were planning on making a space station, called the Death Egg, and they needed zaidi money to finish building this death defying space station.

To make zaidi money, they ordered Discord to sell me, and the other prisoners to a gangster called Japa the Nese, and let Discord keep half the money.

In the atlantic ocean, an aircraft carrier...
continue reading... 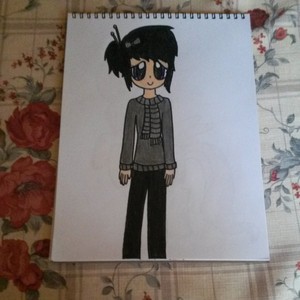 12
Ice Drop as a Human
added by karinabrony
Source: Me 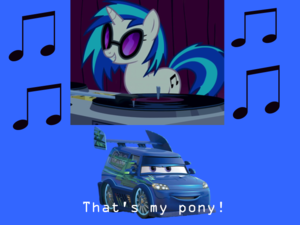 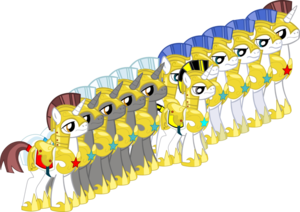 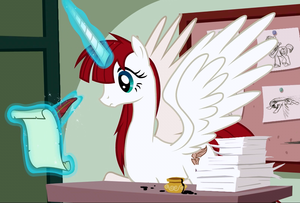 MLP YTP Mix Volume 3
added by Seanthehedgehog
There's a lot zaidi where this came from ;)
video
my
magic
friendship
fluttershy
is
upinde wa mvua dash
my little gppony, pony
My Little Poney
2
Casino Royale Part 3
posted by Seanthehedgehog
In the train station, where Mr. Black, and Der Cheif was waiting.

Mr. Black: What is taking Hola so long? I can't trust her if she's going to do something too long.
Der Cheif: Gambling is a hard thing to do. Especially if you're not good at it. Hola is not good at gambling.
Mr. Black: And so I've noticed. *Turns on TV*
Reporter: This is CPN, Canadian gppony, pony News. We've received word that two ponies were chasing each other in a construction sight in Maredagascar.
Camerapony: *Zooms in on scene*
Mr. Black: That's Hola being chased!
Camerapony: Officials say that they do not know who the mare was,...
continue reading...
2
Casino Royale Part 5
posted by Seanthehedgehog
That night, Con was sent to the airport to find Lasala.

All five of them grabbed sub machine guns, and started shouting