A vampire is a blood-sucking, undead thing of the night that comes after people in their nightmares. Many cultures have vampire myths. In the past, folklore was a means of explaining what people didn’t understand. Widespread vampire mythology reflects the uncertainty about death that we all face.

People in the past had little understanding of the decomposition process.If an exhumed body looked “plump”, how did they know it was the natural result of gases in the body? To them, blood leaking from a corpse’s mouth meant that the dear departed had been feeding.

It must have been a disturbing sight.

In Southern Ghana, the Ashanti people tell of the the sasabonsam au asanbosam, which drinks human blood and clings to the branches of trees with iron talons. Another African vampire myth is that of the adze, a creature that takes the form of a firefly and sucks human blood. After it sucks their blood, the victim falls ill and dies. This myth is probably based on malaria infested mosquitos. Myths about the adze belong to the Ewe people of Ghana and Togo.

In Trinidad, the soucouyant is an old woman who lives on the edges of villages. At night, she pulls off her wrinkled skin and puts it in a mortar for safe-keeping. She flies through the night in the form of a fireball and sucks the blood of human victims. If wewe need to get rid of a soucouyant, wewe have to find the mortar with the old woman’s skin and sprinkle coarse salt on it. Then, she can’t put it back on.

In Chile, the Mapuche fear the peuchen. In Aztec mythology, your life force could be sucked out kwa the souls of those who Lost their life in childbirth. In the United States, the most hivi karibuni documented vampire killing involved the corpse of young Mercy Brown.

In 1892, nineteen-year-old Mercy Brown died of tuberculosis. Soon after her death, her younger brother contracted the disease. Believing that the child’s illness was caused kwa the undead Mercy, her father, along with people from their small Rhode Island town, exhumed the girl’s body.Allegedly, the body had changed position and the corpse still had blood in its heart. They took her moyo and burned it, mixing the ashes with water for her little brother to drink. Sadly, the child died anyway.

When in China, beware of the jiang-shi, which is a corpse whose soul hasn’t left its body. Jiang-shi suck out your life force (also known as chi). They are alisema to have greenish, furry skin, a detail that probably comes from the sight of mold growing on a corpse.

The Phillipines has two malignant vampires. One is the blood-sucker (mandurugo in Tagalog), which looks like a beautiful woman but has wings and a long thin tongue that she uses to slurp people’s blood while they sleep. The other vampire variety is called a manananggal and can mgawanyiko, baidisha herself in half at the torso. She flies around in the night sucking fetuses out of pregnant women.

Vampire hysteria has swept Europe at various times in history. Eastern Europe is the nyumbani of Dracula- the place where the modern Western concept of the vampire originated. In Greece, they fear the vrykolakas. In fact, the vrykolakas was so feared that people sometimes took preventive measures.

Three years after death, they would exhume the bodies of their loved ones. The remains would be placed in a box and a priest would read from the scripture. If, however, the dead looked “undead”, it would be dealt with. Vrykolakas were often dispatched with an iron stake to the heart.

The Romani people tell of the mullo (”one who is dead”). They believed that female Wanyonya damu could look like normal women but would wear their husbands out with their sexual appetites. The children of male Wanyonya damu were called dhampirs.

Fear of Wanyonya damu originates with the fear of death. Our ancestors had a lot of contact with the dead and some of the things that we now understand were completely unknown to them. This is why vampire myths are so widespread. It is a scary thing to be reminded of your own mortality.
deathding and I-Luv-L like this
Thecharliejay http://www.hotfact.com/vampires-from-around-the-world.html
11
Chinese Horiscopes (freakishly correct) Good Luck!
posted by mintymidget210
Chinese Horiscopes (freakishly correct) Good Luck!

3rd.) Go with your instincts. Very important for good results.


George W. Bush: We don't really care why the chicken crossed the road. We just want to know if the chicken is on our side of the road au not. The chicken is either with us au it is against us. There is no middle ground here.

Bill Clinton: I did not kuvuka, msalaba the road with THAT chicken. What do wewe mean kwa chicken? Could wewe define chicken, please?

Einstein: Whether the chicken crossed the road au the road moved beneath the chicken depends upon your frame of reference.

Bill Gates: I have just released the new Chicken Office 2000, which will not only kuvuka, msalaba roads, but...
continue reading...
3
Marijuanaised
posted by VilleValoGirl
The air of deep colours hovered over my head,
magnetic, enchanting splitting colours.
I levered the illusions listening to pink Floyd.
my veins never felt the blood this way;
speeding to give a bloc to my mind
free the soul from this bib body.
Apagoge the world is in my command
but dreadful the vision may end,
I was marijuanaised.

The leaves found its way to leave the seeds
smothered with tobacco, the grass
no longer stayed as allied.
Rolled in an ashen paper with a soft bud
these were the signs, I have had heeds.
My lungs felt the grey smoke, opening to the miracle
and insignificant the world around
I...
continue reading...
2
bila mpangilio Dani Stump nukuu (She's my alter ego married to Patick Stump)
posted by 16falloutboy
Dani Stump Quotes

“The weird thing about being married to the lead singer of Fall Out Boy and being a lead singer myself is that Patrick's a Rock singer...and I'm a Heavy Metal singer”

“The muziki genre that always got to me was Heavy Metal...that's why Party Poison can be classified as a Heavy Metal band”

“I'm a wife, I'm a mother, I'm a artist...
continue reading...
3
What upendo is to me.
posted by mitchie19
I'm bored, so I asked this swali myself. Okay, here we go. Just wanna express myself.

For me, upendo makes the world go around. I don't know what that means but, it does. A lot of people say it. Wherever wewe go, whatever place you've been, there's always love.
It's also not just feelings but emotions. Your emotions draws wewe to that person, and sometimes we hope that that person likes us back too right?

Sometimes, upendo is hard. We always want love. I don't know why a lot of people want upendo so much. When I see a couple somewhere, I get jealous. I tell myself: "I want that too."
To be honest, I...
continue reading...
6
Do wewe know Jack Schitt? I do!
posted by x-menobsessed26
For some time many of us have wondered just who is Jack Schitt?

We find ourselves at a loss when someone says,

Well, thanks to my genealogy efforts, wewe can now respond in an intellectual way.

Jack Schitt is the only son of Awe Schitt.

Awe Schitt, the fertilizer magnate, married O. Schitt, the owner of Needeep N. Schitt, Inc. They had one son, Jack.

Against her parents' objections, Deep...
continue reading...
8
Famous nukuu
posted by invadercalliope
Ok
It's time!
Get your popcorn.
Get your root bear.
get your chair.
Get your potato chip and eat it.
Famous Quotes:
1.The Beginning is the most important part of work.
2.Friendship is born at the moment when one person says to another. "What wewe too? I thought i was the only one"
3.I shut my eyes in order to see.
4.Our Anxiety does not come from thinking about the future,but from wanting to control it.
5.A siku With out laughter is a siku wasted.
6.The Earth Has muziki For those who can listen.
7.Kind words can be short and easy to speak,but there echoes are turly endless.
8.You grow up the first siku wewe have first laugh- at yourself
3
Princess the Pit-Bull
posted by snusnu13
It was a beautiful Sunday afternoon. The light breeze was making the leaves of the trees rustle lightly and the birds were chirping their afternoon songs. In a small yard there lay a dog on the soft, green grass. This dog was brown and white patched, and had light green eyes. She had no ears, as they were cut off when she was a puppy, but her ear canal remained, so she could still hear. 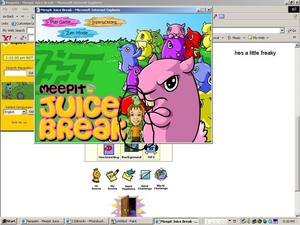 random pic
1. Pretend to cough every time your teacher says the word "learn". :D
Raise your hand every time the teacher asks a question, and make the conversation go a little like this:

Teacher:What is the answer? (after they call on you)
You:I don't know
T: Then why did wewe raise your hand?
Y: I need to go to the bathroom.
T: Then go ahead, if wewe must.
Y: Nevermind, I don't need to go anymore

Repeat this as many times as possible.
3. Pass blank pieces of folded paper to confuse your teachers when they catch wewe "passing notes."

4. Fall out of your chair and pretend to faint. Repeat 3 zaidi times:D

5. Yell "OMG...
continue reading...
6
zaidi to life than dreams.
posted by cute20k
Its stupid not to care.
But its useless
I'm not going anywhere.

Used to think sometimes it was ok to lie.
But now you've got me askin' why
Tell me, why'd wewe let me think that I can fly?

What you've done is wrong.
F-Y-I thats the point of this song.

I know im stupid to think it.
But it was wrong to believe it.
Shoulda waited til I could see it.

So now,
Im Lost so howww
Did this happen?
And wewe sit back just laughin
My moyo left to fractions.

Ive learned my lesson.
Theres zaidi to life than just a dream.
If wewe don't have a back up for your fantasy..
Its gonna hurt zaidi than you'd think.

" I know what wewe want from me.you want me to tell wewe my tale like the group before me had" "To know why they sent me here to wewe . why i am different from everone else " . "But if i tell wewe i could get a lot of people around me hurt " alisema the girl.

"I promise my dear that i will tell no one of what wewe will tell me today " alisema the man .

"Alright but wewe will not like what i tell wewe .' 'I do not know where to begin ."

"Just start with your name I am willing to listen " alisema the man " i am doctor after all."

"ok , my name is Melody Willgrove and i am a werewolf "

alright if wewe want hear zaidi . tell me because that was just a prologue .sorry if it bored u

19
The Lovers of the moyo
posted by McDreamyluva 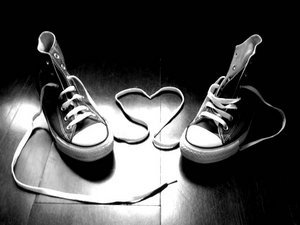 The Lovers of the Heart
In order to form a zaidi perfect kiss enable the mighty hug to promote to whom we please but one kiss.

Statement of Love: The Kiss
1. Kiss on the hand- I adore you
2. Kiss on the cheek- I just want to be Marafiki
3. Kiss on the neck- I want wewe
4. Kiss on the lips- I upendo you
5. Kiss on the ears- I am just playing
6. Kiss anywhere else- Let’s not get carried away
7. Look in your eyes- Kiss me
8. Playing with your hair- I can’t live without you
9. Hand on your waist- I upendo wewe too much to let wewe go 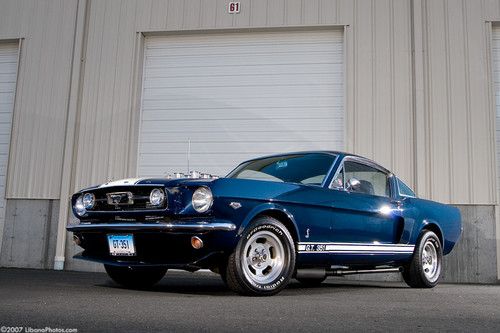 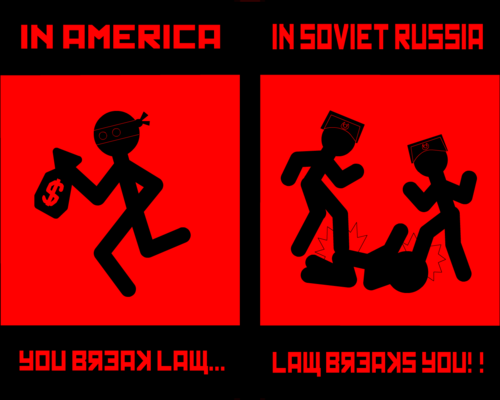 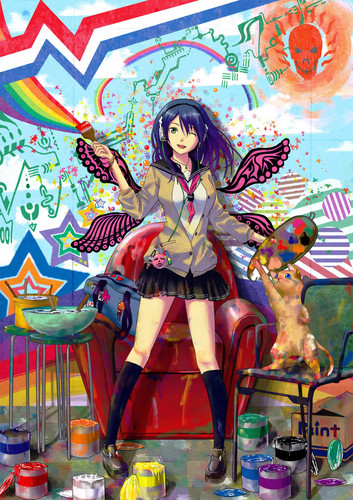 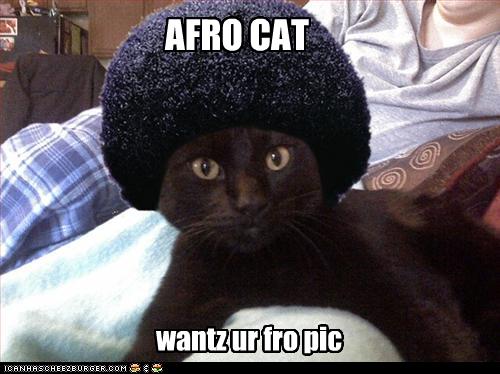