It was the first siku of school. Again. Hopefully this year——our last mwaka in Forks High School——will be just a little zaidi interesting than our last two years, but why hope? Nothing interesting was going to happen here——high school of all places.

I heard that there were at least three new students this year. Alice thought nonchalantly as she stared out the window.

I rolled my eyes——more than half of the school population were thinking about the new 'hot kids.' I was slightly surprised to find them thinking of them the way they had thought of me and my family——the gloriously beautiful, off-limits Cullen family. Only these new students were a lot zaidi friendlier than we had been, but only because we're all Wanyonya damu and trying to keep our distance and attraction to a minimum. All the students seemed to especially like one of the three in particular.

The lunchroom was very crowded today, it being the first siku and all——thoughts were swarming around me like annoying pests that wewe just can't get rid of.

Geez! This lunchroom is so crowded! I TOLD Kyle we should've went ahead and got a table, but nooo, he wanted to wait for ten dakika so Bella could be with us sooner. A ringing, southern accented voiced thoughts shrilled, catching my attention——two of the new students were named Kyle and Bella, so the thoughts must be coming from the other one, Annie.

"Excuse me." The same voice said, zaidi timidly and polite than her shrilling thoughts.

Alice and I both looked up at the three faces I've seen in the minds of every student on campus. But I didn't even hear their footsteps approach us, and their scent isn't as overwhelming as all the other humans here . . . how bizarre.

Wow. I didn't even sense them coming! At all . . . Alice's thoughts were as confused and shocked as mine were.

"There doesn't seem to be anymore seats open . . . so can we sit here?" She gestured to the only three empty seats at our table. "We won't be a bother, I promise."

Aw, Edward, these must be the three who are new . . . Alice was thinking, but at the moment all I could focus on were two very familiar sets of eyes. The boy of the group——who was even zaidi muscular than Emmett——had golden brown eyes, lighter than butterscotch. And the girl who was talking——who was almost as tiny as Alice——had the same eyes; the same eyes as my family, the Wanyonya damu who survive on animal blood.

But they weren't vampires,——they both had a normal heartbeat, smelled the same as all the other humans in the building, and I could see the blood beating within their veins——so why were their eyes the same as ours?

"Sure. wewe can sit here, we don't mind." Alice spoke, being very friendly to them even though she notices their eyes like me.

"Thanks! You're so nice!" The girl with short honey-blond hair smiled and the three of them sat down across the meza, jedwali from us.

Alice laughed at the girl's enthusiasm.

"You're welcome," she said, smiling at them. She was truly enjoying herself, it's been a long time since she's gotten to talk casually with a bunch of humans.

Look at her adorable outfit! I see a future shopping partner in the making! Alice's thoughts were enthusiastic now, but then she noticed my silence. Edward, relax! I know they're different, but wewe don't want to blow our cover do you? she thought to me, now noticing how I was looking from one set of golden eyes to the other.

"So my name is Alice Cullen, and this is my brother, Edward Cullen," she introduced, giving them warm smiles. Edward! Say something!

I only nodded, and then turned to look out the window. I began searching the two with golden eyes' thoughts——but they were completely normal, nothing out of the ordinary . . .

"Hi Alice and Edward, my name is Annie swan and we're all brother and sister too." The girl with short blond hair introduced first.

"Hey, I'm Kyle." The big brawny one alisema in a rush.

The inayofuata voice captivated not only me, but my entire world.

"Nice to meet the two of you. My name is Isabella, but wewe can call me Bella." Her voice was like a jolt of electricity, restoring life, as it came out like soft, ringing bells. And both mine and Alice's heads snapped up——instantly drawn to her voice. It was the other person's voice that I completely ignored the presence of until now.

My eyes met a set of warm, chokoleti brown eyes . . . they were the most beautiful eyes I had ever seen, and so full of depth! As I looked deeper into their depths, I could feel something inside me begin to unravel. A chemical electricity ran through me, and settled deep within my cold, dead, frozen heart.

I felt ultimately connected with this enchanting being named Bella. This woman who just walked into my life and became the very center of my universe.

When Annie spoke, Bella broke away from our intense gaze and looked down at her tray of food. I tried to read her mind——to see what she might be thinking——but it was completely blank. I couldn't read her mind. This was strange to me, I can read everyone's thoughts, but when I try to read hers . . . nothing. How can this be? She seemed human like the other two . . . except her voice . . . her very presence . . . seemed to enchant me, charm me somehow.

It seemed to have that effect on Alice too.

"So how is it?" Bella suddenly spoke in a teasing tone to her sister who was chewing happily on a dried-up oatmeal cookie.

Well, they can't be Wanyonya damu . . . no way one of us could eat that awful tasting chakula without making a face, Alice thought, her being still slightly dazed and Charmed kwa hearing Bella's voice, as was I.

Since I couldn't see into Bella's eyes, I studied the rest of her. Her skin was pale——but not as pale as mine, but it was still paler than any other human's skin I've seen. She was small inayofuata to her big, burly brother, and she had long, slightly curly, dark mahogany brown hair that almost reached to her waist.

And then there was her incredible heart-shaped face! I found myself mesmerized kwa her glorious, unfathomable beauty. The arch of her brow, the sharpness of her cheeks, her small, delicate nose, the curve in her neck . . . My eyes fell on her lips, her bottom lip was slightly fuller than the upper . . .

I very nearly gasped. I have never thought of a woman in that manner.

"Kind of dry . . . but still good!" Annie cheekily answered Bella's swali and Bella shook her head and laughed. Her laugh was even zaidi precious than her voice——it was bell-like as well and absolutely as beautiful as her goddess-like features.

"You know, wewe really should wait till after wewe eat the pizza before devouring the cookie, Ann." And she reached down and took a small bite of her pizza. I've never watched a human eat, truthfully, the human chakula is purely disgusting to me and my kind. But now I found myself watching and studying Bella's every songesha in curiosity and interest.

"Wait?" Annie scoffed, now chewing on her pizza like Bella. "Yeah right. I don't have any patience when it comes to cookies——you of all people know that!"

Bella was about to respond back when suddenly she gasped and her eyes became distant. Her brother's arms went around her rather fragile-looking frame, supporting her body against his chest as she closed her eyes and went faint; absolutely faint.

"What's wrong with her?" I asked him anxiously and he looked up from his sister to me——and his eyes seemed somewhat distant, even Annie's did.

"Just a habit of hers." He alisema nonchalantly as his sister's unconscious head was resting on his shoulder.

"A habit? Fainting is a habit of hers?" I asked him, truly concerned of her health now. Not even considering as to why so suddenly I feel these unknown feelings for this human girl I've just met——and who has become the center of my entire existence, my entire universe. Like my entire being is meant to serve her in any way.

Kyle opened his mouth to speak, but then Bella fluttered her eyelids open and slowly raised up from her brother's shoulder.

"Sorry about that." She alisema quietly to all of us. It seemed that she purposefully avoided eye contact with me, though I couldn't fathom why.

"Are wewe okay?" Alice asked before I could, she was worried for her well-being too.

She smiled reassuringly at my sister. "No need to worry about me——this kind of stuff happens all the time," she assured gently.

"Yeah, she has major headache's a lot——and they kind of knock her out for about a minute, but then she wakes up and is perfectly fine." Annie explained perfectly, but that only worried us further.

"Maybe wewe should get checked-up on that, our dad's a doctor here in Forks." Alice pressed.

Bella's eyes grew wide like a deer in headlights.

"Oh, that won't be necessary, I'm not that fond of hospitals," she said, and it seemed honest. Whether it was her profound honesty au her old-word usage, au maybe both, but it made me smile at her.

"Plus, she's gotten checked-up before and everything's fine." Kyle interceded, his sure voice ending the conversation effectively.

Hope wewe liked it, plz maoni so I'll know if I did a good job on Edward's P.O.V au not!:)
mia1emmett and groovychicklisa like this
Hollyj28 I didnt read it
DestinyGirl O... kay?
uniquezandy its gd. keep writin more . i love it
NeeNee14 its good
daja625 You did a AWESOME JOB! I really dont know what to say but amazing. I LOVE IT! more, more, more!!!!
isis123456 That was the most AMAZING thing i have read!the way you detail everything that is going on!I showed this to my older sis and she was speachless.I hope that you continue writing!=)
jacob_lover5253 ooo plz continue writing i loved it soooo much...i'm hooked write more ASAP!
rheiicullen_78 love this!!! please write more!!!
DestinyGirl WOW! Thank you all so much! 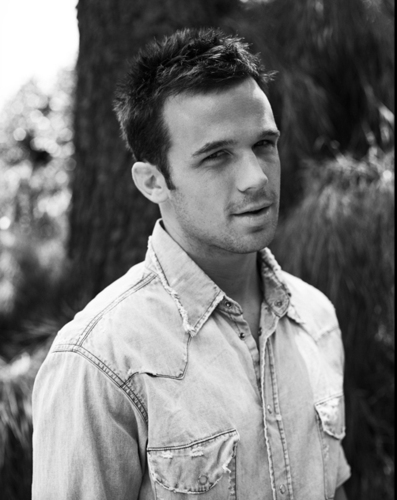 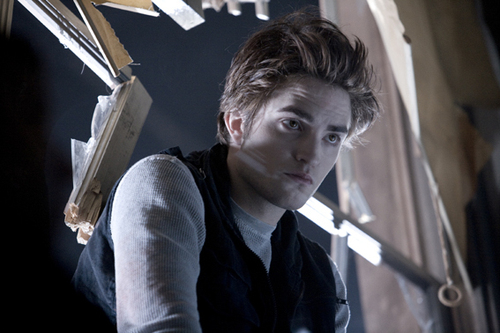 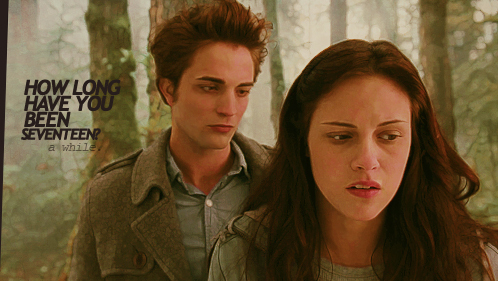 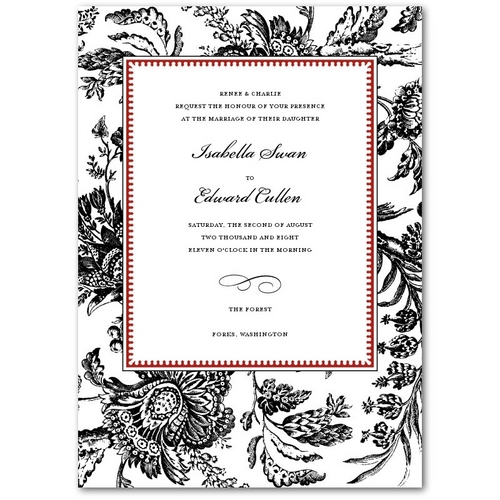 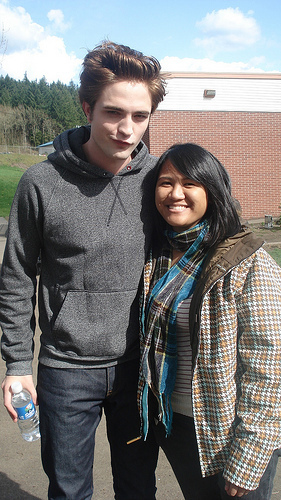 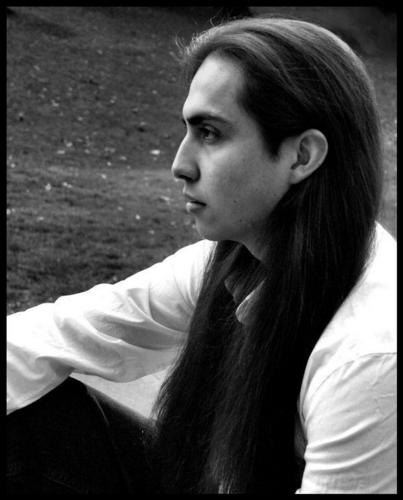 
It was there, sitting in the lunchroom, trying to make conversation with seven curious strangers, that I first saw them.
They were sitting in the corner of the cafeteria, as far away from where I sat as possible in the long room. There were five of them. They weren't talking, and they weren't eating, though they each had a tray of untouched chakula in front of them. They weren't gawking at me, unlike most of the other students, so it was salama to stare at them without fear of meeting an excessively interested pair of eyes. But it was none of...
continue reading...
4
Chapter 18-20 from New Moon Edward's point of view
posted by TWILIGHTFAN1557
It can't be true its not, I told myself not beliving it.What is the point in my horrible life of living if she's not in it. The upendo of my life the only thing that kept me here.And know she's gone.Alice's vision was very clear about it I forced myself to shake that image out of my head, it was horrible ;she jumped and fell into the dark churning waters and floated there lifeless.Rosalie had also alisema she died.I'm a monster I should have never left her unprotected.I thought she would be safer without me and wanted her to have a chance at a normal and happy life. I don't want wewe ,replaid over...
continue reading...

4
Twilight
added by laley_lover
Source: not mine 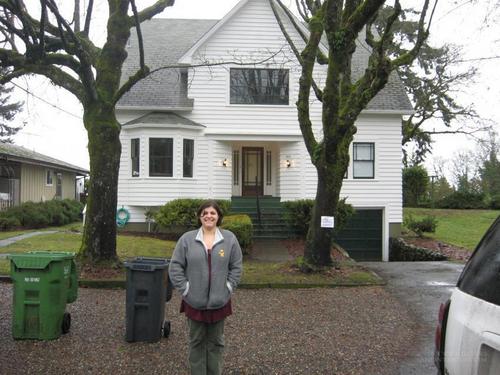 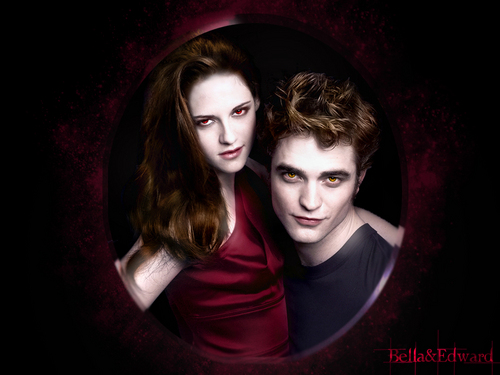 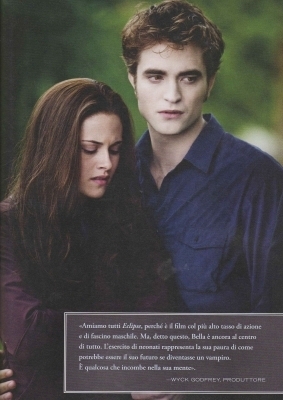 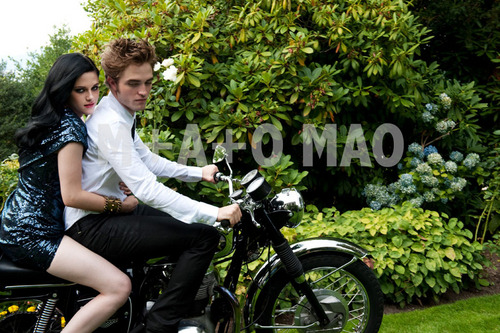 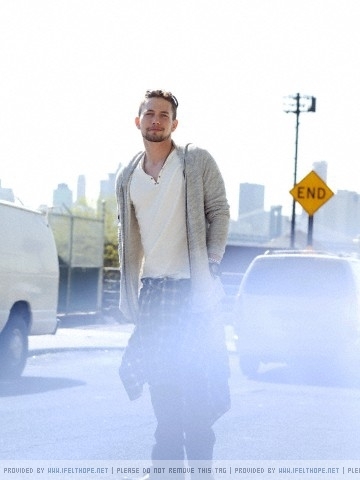 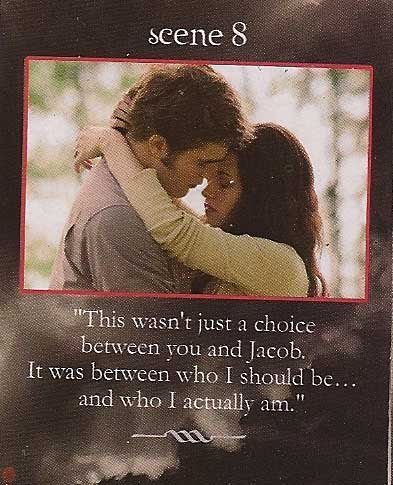 2
Eclipse board game
added by sunrise_90 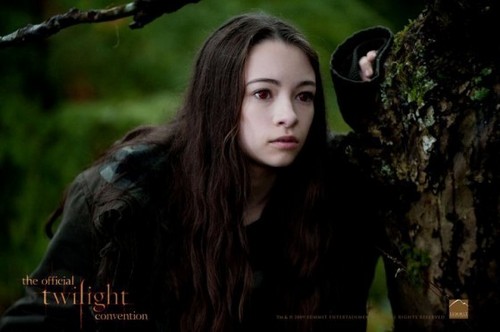 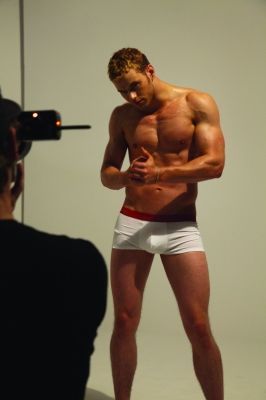 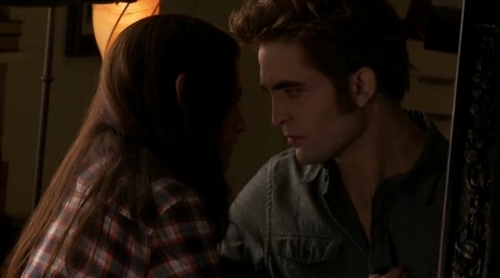 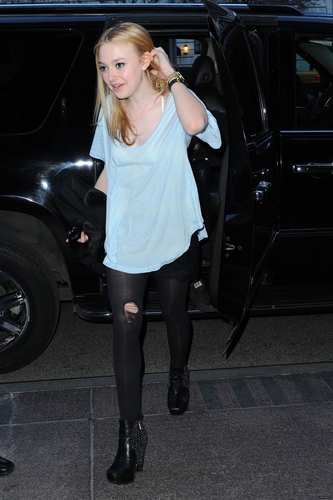