1
Aftermath pt 1
posted by reyfan01
Tahno actually beat those guys in like almost an instant! I mean his team beat them, but ...how? He looks like a complete wimp, yet he and his team did that much damage? What is he? How does he do it?

"Hey Korra!" shouted a young voice from my window. I look out to see a flying jinora on one of her air scooters. I was so focused on what happened last night, I didn't even hear her come by. Bet I know what she's gonna ask. She looks surprisingly interested and hyper. That was new for her. She must really wanna know.

"Hey Jinora"I give her a weak smile. Sighing I stand up from my kitanda and walk over to my window. "Wanna come in, i bet its better"I ask. She nods and jumps in standing inayofuata to me and jumps up and down like Ikki. "So tell me all about it."

I look away from her and try to avoid that situation. I've been so out of it because of this whole upendo triangle, rectangle, au whatever. I know I hurt Bolin's feelings but, as soon as I heard that Mako liked me too, I wanted to cherish it and not hear anymore about Asami and his doubts. I guess it worked because HE KISSED BACK. I was so afraid he would push me away and act like I was crazy, but he didn't. I can feel my face heat up remembering how he kissed me back. And those golden eyes staring at me...and those green ones about to cry across from us. and did.

I'm glad Bolin and Mako and i are all good. But I really don't wanna talk about it.

"Hello? Korra"Jinora snaps me out of my thoughts. Apparently I was frozen in front of her all this time.

"uH YEAH. Oh right, Mako. Well.....we agreed to be friends"I alisema with a sad smile. Her face looked disappointed as if I was one of her characters in her vitabu who Lost their lover to another.

"What why, doesn't he like you?"she asks. I sigh. "Yeah he alisema he did. Well at first he alisema he didn't then he got jealous and then denied being then nearly threw the match because of it and then admitted."I let out in one breath and heavily breathe to see a very confused face.

"Uh...that sounds complicated. And thats coming from me."Jinora says. I gotta admit it was a wreck.

"WHy was he jealous?"Jinora asked. "Wait, it was his brother wasn't it? The goofy earthbender with the pet ferret."Jinora points out.

"What?! What makes wewe think its Bolin?"I ask kind of surprised how she made such a good guess.

"I know he has a huge crush on you. I saw the way he looked at wewe when he came over and the rose and pastry he gave you. He seems to be in a childish puppy upendo with you."Jinora says with her arms crossed and eyes looking up as if she was thinking while she was talking. How smart is she?

"[SIGH] Well yeah, I felt really awful about Mako rejecting me first, then Bolin talks about how much he likes me and thought we would have a good time and we did. But as Marafiki just eating, burp contest, and a look over the city. It was really refreshing." I alisema explaining. I just had fun not really in upendo just happy to hang out with him.

"So Mako was conflicted with how he feels about wewe and told wewe he didn't like wewe that way, then his brother who openly likes wewe asks wewe out and showers wewe with flattery and wewe go out to get over the rejection and have fun hanging out to come back and see that Mako was lying to wewe and actually did like wewe otherwise he wouldn't have been jealous."

"So when did he suddenly admit he liked you"Jinora asked.

I know my face is red now. "Um, before I kissed him."I say in a slight whisper.


"WHAT!"Jinora shouts out with a stupid grin. She looks like a fangirl now. "You kissed him! Just like that!" she shouted. I try to shush her. She gets the message.

"Yeah, i was really, reallly happy that he alisema he liked me that I kinda just wanted to kiss him and have him for myself. I got carried away. But then..."I look down and hug myself a little embarrassed.

"THEN..."SHe looks like she's about to lose her mind.

"He kissed me back."I alisema with a stupid grin and red face. I was so flustered kwa that kiss I bet I'll blush every time i remember it.

"Ohhh! So he does like you! A lot."Then Jinora stops smiling and acts as if I told her the rest of the story.

"With a bouquet of flowers too."I mention feeling still awful over the situation.

"Ouch"she comments. I nod. "So he just cried and left."She asks

"More like ran wailing. And Mako blaming me for it when HE'S THE ONE THAT KISSED ME BACK and ran after him."I say with a little anger remembering how he reacted to her when Bolin ran off.

"I...don't know how to look at that. I'm happy wewe and Mako kissed and admitted to each other how wewe feel, but I wish it wasn't at his heartbreak"Jinora alisema confused.

"Me too, but in the end after two rounds of losses, we won, after I took out all three guys in one songesha and saved the team from losing. The guys made up and I made up with Bolin and mako. Bolin forgave me and I agreed with Mako that even though things were a little crazy, that we could still be friends. Then Asami came in congratulated me on the win and I, sucked up my emotions and thanked her for her contribution to our team."I alisema with a slight smile.

"Wow, that is better than any book i've ever read. Its great wewe and Bolin made up and wewe and Mako are still friends, bt don't think this means he doesn't still like you. He still does even though he's with that rich girl."Jinora says with a smile trying to make me smile.

"Yeah well, I guess its best we stay friends. I mean we never would have gotten out of control if i hadn't confessed to him in the first place.Besides it makes sense that he would want her. As much as I hate to say it, she's pretty, rich, nice and better girlfriend material than I ever could be. I don't know if female avatars ever had a boyfriend au husband because it was never meant to be au because they didn't need it." I say trying to convince myself that Mako and I could never be zaidi than Marafiki because of the fate of female avatars.

"That doesn't have to be your destiny. wewe may be a female avatar, but maybe the other ones just didn't have anyone in mind to love. But wewe do. wewe can create your own destiny and have a lover while being the avatar. Its not a curse to be the avatar, although I don't know if its a privlige either, but its what wewe are and Mako and Bolin see that wewe are a great person who has a bright future as a powerful avatar. THey admire you. And wewe can choose if wewe want to be married, in a relationship au not."Jinora says in a long speech that actually does cheer me up. I could choose my destiny. i don't have to be single. I could have a ...lover.

"And for the record. I think you're better than any rich prissy pretty girl. You're a catch, natural beauty, strength, heart, and talent. wewe are special Korra we all see it."Jinora says and jumps out the window riding away on her scooter.

I chuckle a little at her compliment. Maybe I am better. but that's gonna have to wait. I don't care how good the wolfbats are. I'm gonna knock the smirk out of Tahno's face!
hedwig_wolf likes this
hedwig_wolf This is pretty amazing!! Glad I read it (I normally don't like fan fiction) but Jinora's reaction is pretty much what mine was too. :) 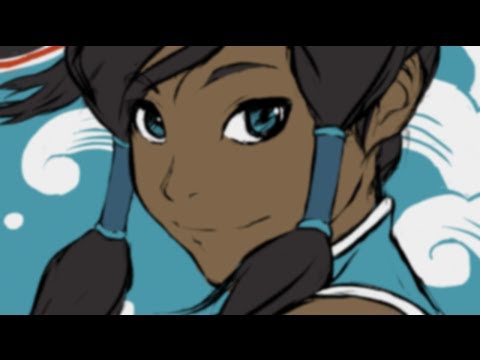 1
LOK: "Book 3 Will Be Like The Last Airbender"
added by Magicalgirl12
video 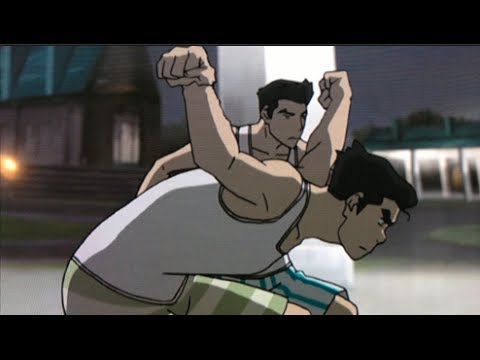 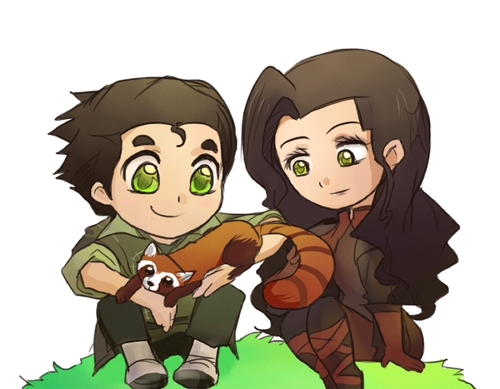 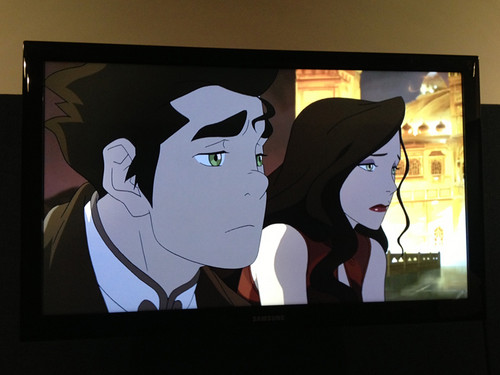 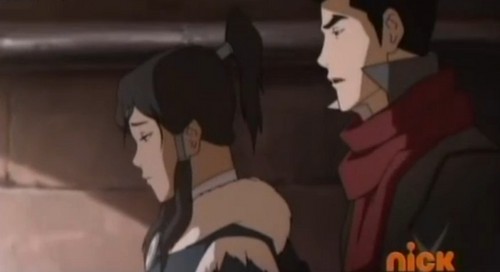 4
Turning the Tides
added by AvatarKorra73 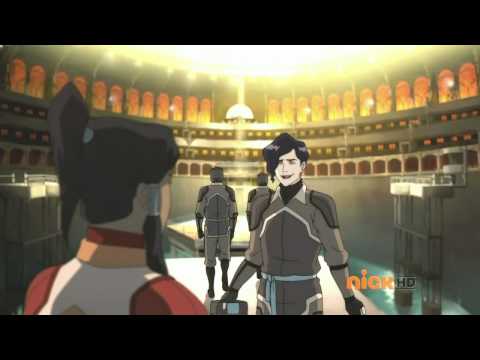 Drop it Tahno!
added by kmbrother
Its okay Tahno, keep that smirk on your face...
video
tahno
korra
bolin
legend of korra 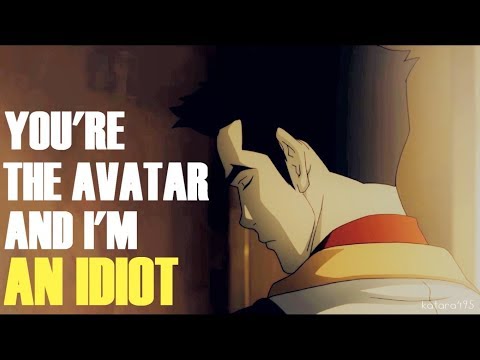 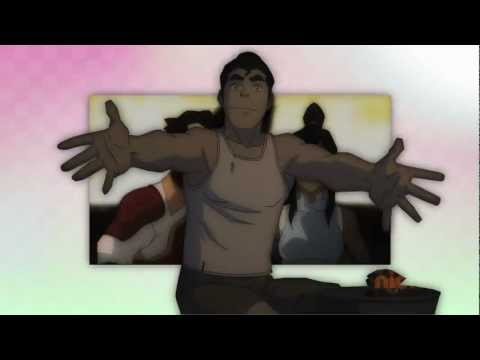 [ｂｏｒｒａ] wewe Belong With Me
added by pumpkinqueen
I really hope they bring Borra back in the inayofuata season, it's simple they best pairing.
video
legend of korra
Avatar
fanvid
bolin
borra
korra 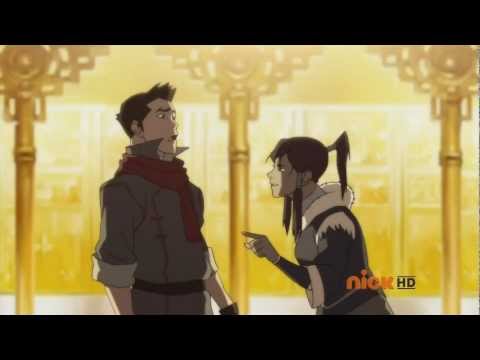 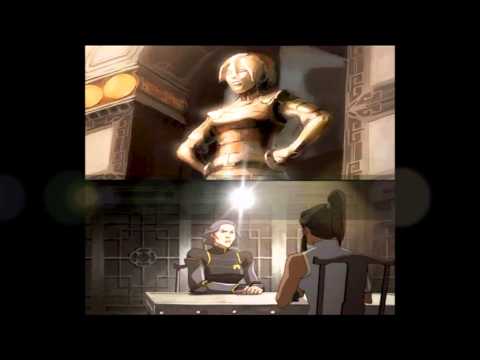 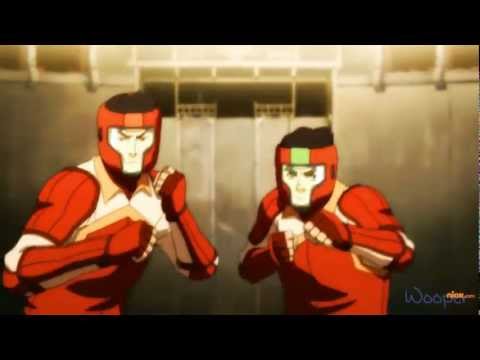 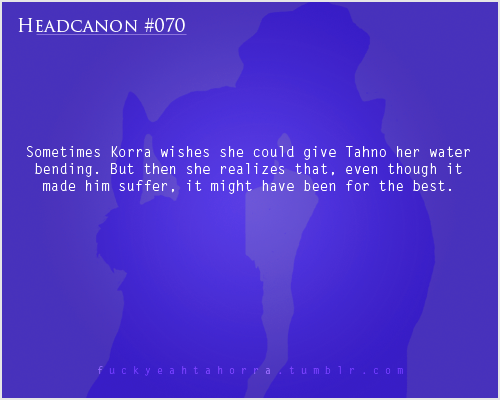 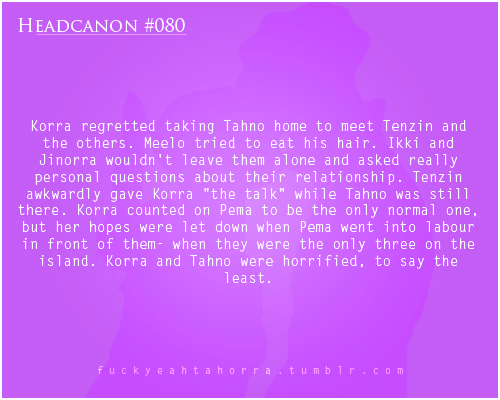 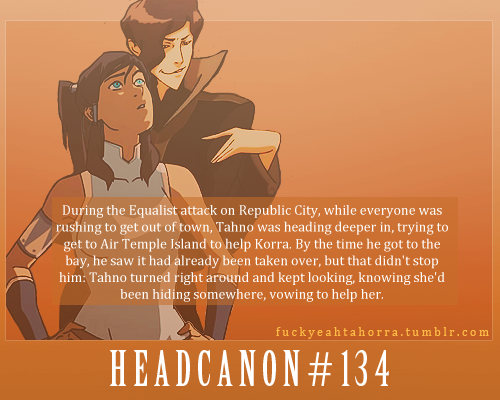 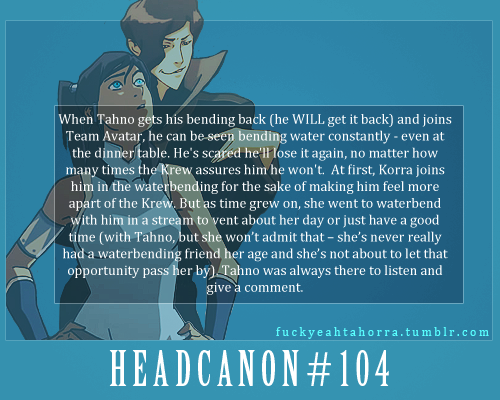