2
Avril Lavigne's Interview With Italian Press
posted by abe3er
For Avril Lavigne, Italy "is the best country in the world to be on holidays", but soon she's going back to work, and even harder. Thursday, September 8, at Palaolimpico of Turin, September 10 in Rome, at Palalottomatica, the inayofuata siku at the foramu of Assago, near Milan, [Avril Lavigne] arrives in Italy with her Black nyota Tour, a concerts tour that started last April 30 in Beijing and that ends in Montreal, at home, at the end of October.

A tour of 48 concerts that impresses for its global coverage (19 evenings in North America, 13 in Europe, seven in Asia and nine in South America) and that mostly take places in indoor stadiums and covered arenas with a capacity of 8,000 to 10,000 people.

"It's hard to describe my concerts", she tells us on the phone from Brazil, where we reached for details on her upcoming Italian dates. "Let's say that every night is different from the other. I try to mix songs from my new record with those from my past albums, building a onyesha that alternates fun moments with zaidi emotional moments. The fact is that my latest album, Goodbye Lullaby, was released in March, but I've worked on it since 2009, and therefore it's bound with the awali albums. For me it's difficult now to distinguish between songs, saying this one belongs to that period, this one to a completely different time. When it comes to the live sound, the only thing that really matters is the construction of the show. And from this point of view, I feel like I've grown a lot, mwaka after year, and I think this tour is better than the awali ones."

Avril Lavigne, 26, Canadian French father and mother, was born in Belleville, Canada, and grew up in a five thousand population village called Napanee; a village that became a town thanks to the Goodyear tire plant. When the Avril phenomenom exploded in 2002, the place was set on moto kwa the fans, who were looking for fetishes and direct findings of Avril's existence. Before moving in to Los Angeles to live with then current husband Deryck Whibley, lead singer of the melodic punk band Sum 41, some of her fellow countrymen came [to Napanne] to put for sale some memorabilia on the auction online site eBay.

At 26, Avril Lavigne has alredy lived several lives: she was a privileged kid, winning a duet in front of 20,000 people with Canadian celebrity Shania Twain at the age of 14. She was an international phenomenon before turning 18 years old, when the record company Arista offered her a contract to release her debut album, Let Go, which has sold 17 million copies to date. She pursued an uigizaji career in The Flock, a film in which she co-starred with Richard Gere and Claire Danes; but besides all that, she has also become a designer, with her own clothing line, au at least branded as hers, which targets kids who follow her and that want for a bargain to be "cool" just like her.

"My line is called Abbey Dawn - she says - which is the nickname my father gave me when I was little. The line is very rock and roll, agressive and fashion, I have so much fun working on it.

It's a commitment I take very seriously, because I consider fashion a direct emancipation from music. Almost anyone who loves muziki ends up being interested in what the artist wears, and I'm no exception. I've been following different collections, and it's been alredy three years since I'm working on this: now we sell via Internet in over 50 countries around the world, it's giving me great satisfaction."

Abbey Dawn debuted in the high society last week, in the New York Fashion Week, a movement that many experts have cosidered a bit risky, and that is still quite unusual for a line designed kwa a muziki star. It's a proof that Avril and those who help her are serious. Nine years since she first burst onto the muziki scene, a project in her career that doesn't include performances and recordings only seems like a good idea.

"For now - she says - I don't have specific ideas about my future, but I want to write personal songs that are close to who I am. Until late October, however, I'm only thinking about concerts. The Italian public, after all, has always been very warm with me, I have great memories of when I came here. I don't promise anything, but anyone who comes to my tamasha won't be disappointed. Besides, my absolute favourite cuisine is Italian, this counts too, right?". 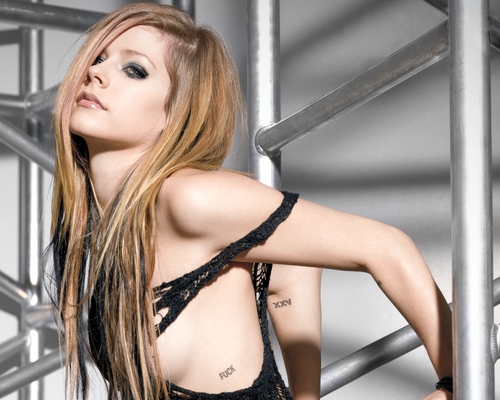 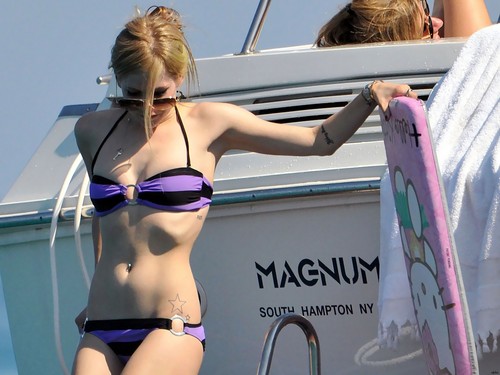 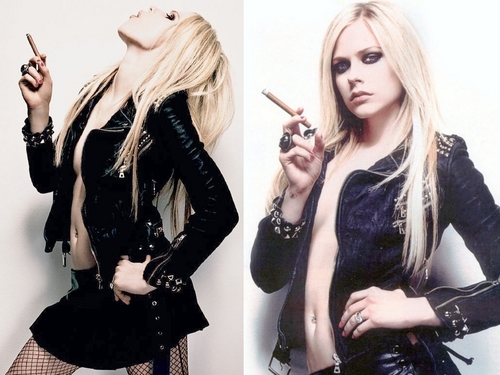 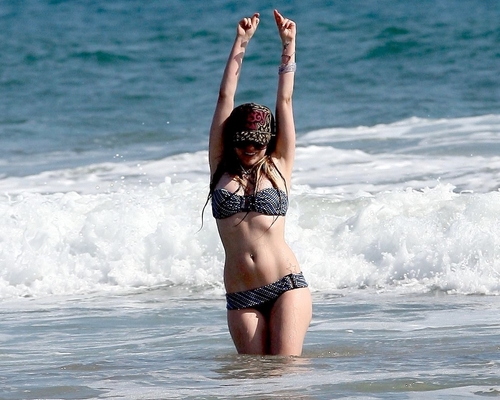 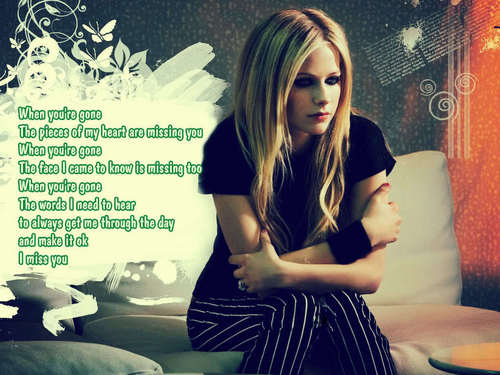 1
Avril Lavigne *when you're gone(
added by RemindMe 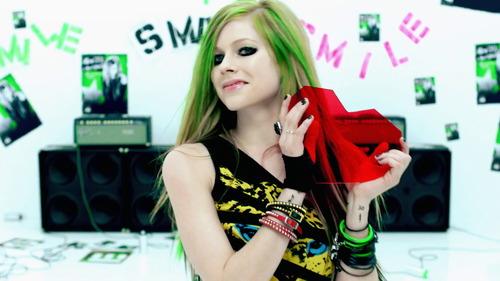 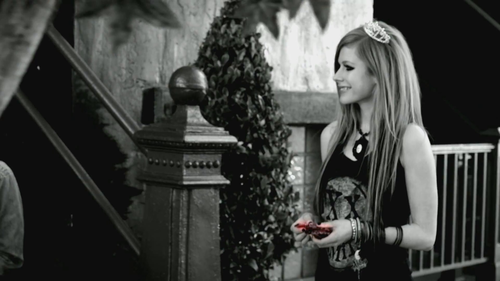 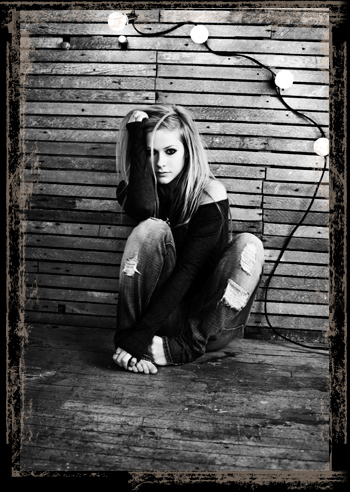 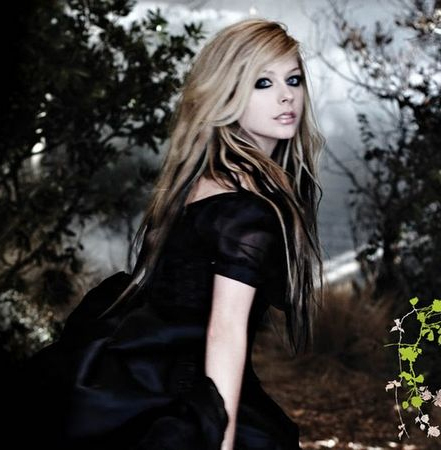 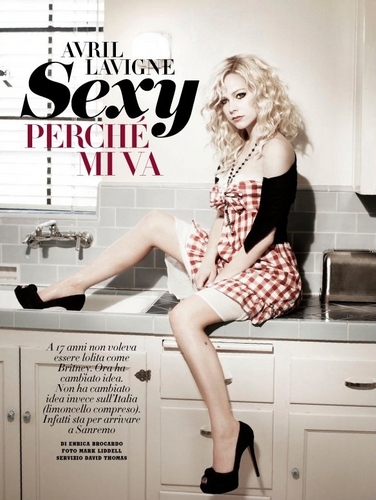 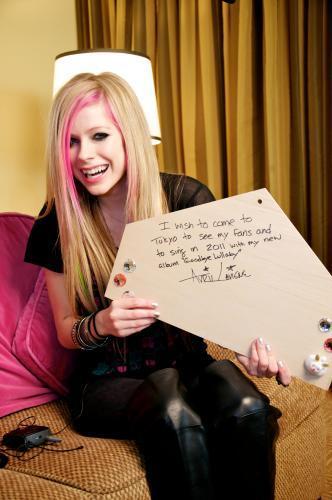 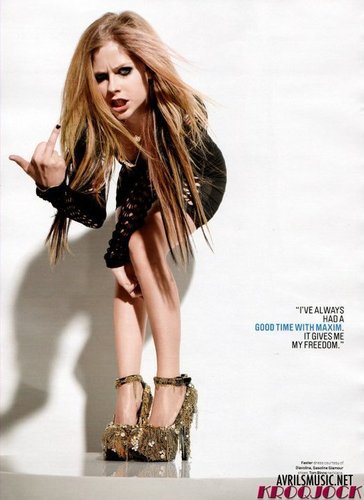 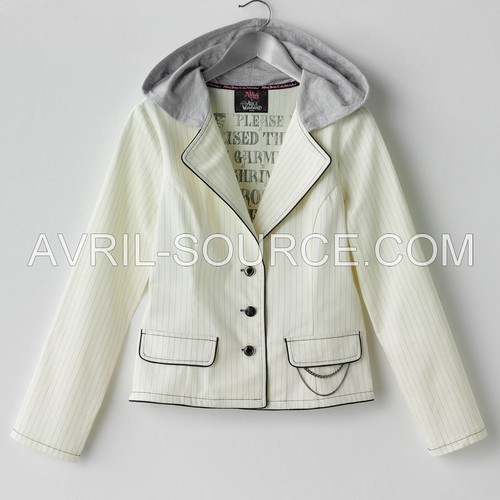 1
Abbey Dawn clothes for Alice In Wonderland !!
added by avril-best 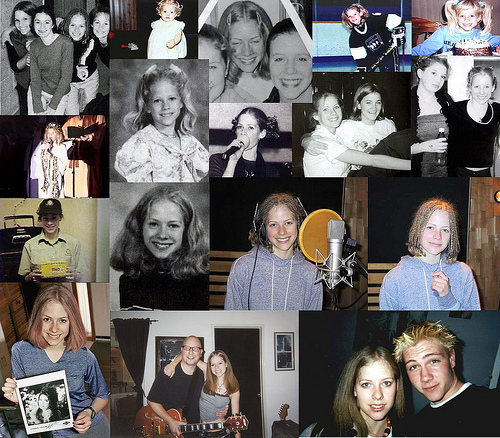 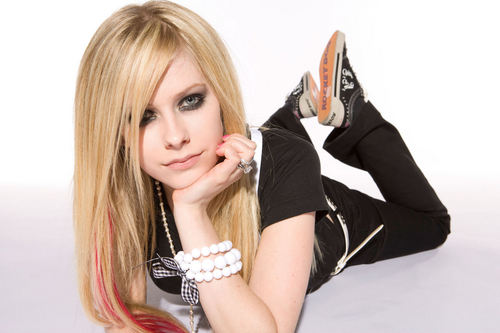 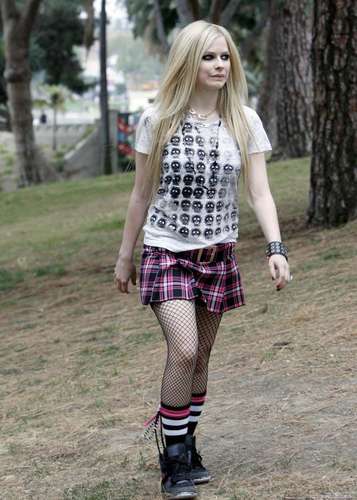 -1
upendo the fishnets ;0)
added by gymnastlover 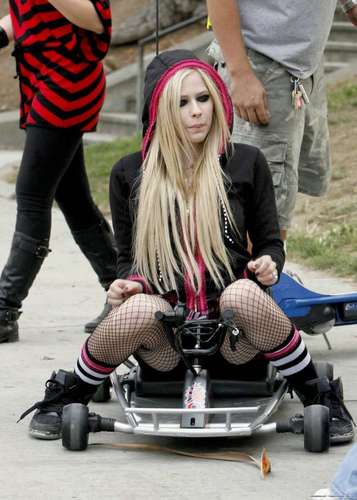 2
upendo the fishnets ;0)
added by gymnastlover 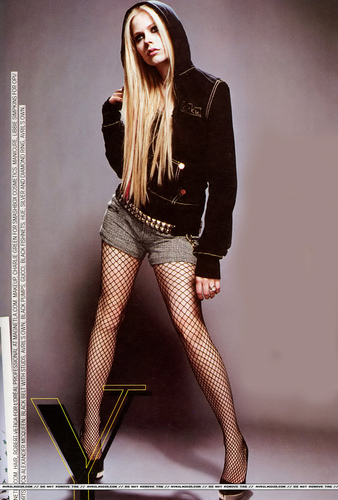 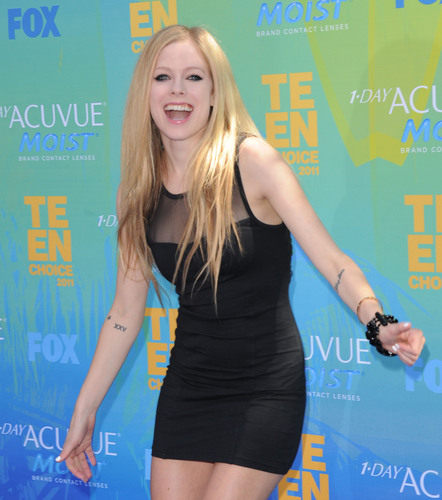