added by sylar_rocks
Contains strong language. It's not an anti video if wewe don't mind the lulz.
video
twilight
funny
parody
hitler
Breaking Dawn
Stephenie Meyer
dazzling
criticism
Ashley-Alice, Phoebe_Gabriel and 27 others like this
Mermaid-Tail This really made me laugh. You know what the best part is? now the next time anyone asks me for my opinion of the Twilight books I can respond "In the words of Hitler, Stephanie farted in my face" that is officially my new response when I'm asked what I think of Twilight. And I'm not even going to explain why I'm claiming to be quoting Hitler. I'm just going to say it and enjoy the confusion that will ensue.
Sweet_Pants *is laughing so much she can't give an answer*
sylar_rocks Mermaid-Tail,be careful,there is a chance that some of them may take it seriously. This reminds me of an incident where an anti coined some anti-twilight Shakespeare quotes just for fun but some twilighters took it seriously and one of the classic reply was: [i]"shakespear never said that because a.twilight wasn't made until 2005 where shakespear was alive in the 17th century. b.shakespear would be reading a teen horror novel of course. because thats what all of the famous, book of the century authors do, isn't it? c.you might have detected a subtle hint of sarcasm in the last sentence. whats that? you didn't? shame on you"[/i]
Vikitoria HAHAHAHA LOVE this!! and sylar_rocks my god I can't belieeeve the obsessiveness of some fans, I really like this spot cos it's a break from the usually addictive fans. :)
szmootyi Stephaanie farted in my face !!!!!!!!!!!!!!!!! ROFLCOPTER OMG gonna be such a catchphrase
Cinders This was done by someone about my college football team... which is worst in its league right now. I love the endless possibilities of this footage.
genyva *Hitler salute* i agree Hitler. the worth ending book ever. Team Trilogy. i wont tell him about Midnight sun.
rachaelwsz Stephenie... ... ... farted in my face. xD
rachaelwsz You know... Someone should start a Team Trilogy... I'll be one of the first to join...
Mrs-Grint That was freaking AWESOMENESS. "Why didn't I just reread Harry Potter like my physcatrist told me to?" Loved it loved it loved it.
sapherequeen "I know...spoilers suck ass." LMFAO! xD
BellaCullen96 BEST VIDEO EVER!
Plenilunio How could I miss this one? Gosh, it's amazing! If my German is not too rusty, when the subtitles said "Stephenie farted in my face", he was saying "the war is lost", LMAO
BellaCullen96 Best quotes: "Shut up, you piece of bumfluff!" "I was not dazzled." "The only good bit was when Edward ripped the demon spawn out of Bella's stomach." "What happened to her being a proxy for the awkward teen girl like me─ I mean, Hitler?" "Why didn't I just reread Harry Potter like my psychiatrist told me to?" "I miss character development. And plot. And logic. And heroines I don't wanna stab with rusty scissors. . . . 'Cept Alice . . ." "Stephenie farted in my face." "There is nothing that any of you could possibly say to make this day any worse. I hate life and want to die." [i]Let's not tell him about Midnight Sun.[/i]
DracoFanGirl "Let's not tell him about midnight sun" Bumfluff? XD I agreed. My new answer: "In the words of Hitler, Stephanir farted in my face..." "Why didn't i re-read harry Potter like my pyschiatrist told me to"
ToyletGnome That was hilarious. Go Hitler... no, not really, he was terrible. This one, however, I like.
ABDCFan- LMAO.
alexisn10 I can't believe I'm saying this but I totally agree with everything Hitler said. He took the words right out of my mouth! Alice is the only good thing in Twilight! If they told him about Midnight Sun then he definitely would have nuked another country to keep the war going :/
Is it really that hard to explain?
posted by RonGetYourWand
There are some core things about the mythical creatures I wish Meyer would have aliyopewa an actual explaination for:

She could have explained it as bats are attracted to vampires, but she choose not to adress it at all.

2. Sleeping in a coffin

How about that having something to do with them faking their own death au something?

An evolution over time to adapt.

Related to the fact Wanyonya damu are considered to be connected to the devil.

They meet at the full-moon.

2. Their Anger Issues (yes, I know that some of the Mbwa mwitu loups have this)

It could have been explained as a reaction to the moons phases.

Evolved trait au even a gift from the spirits.
16
What were Edward's Reasons for Leaving Bella in New Moon?
posted by mandapanda
I ilitumwa this a couple other spots, but I would really like to know anti-twilight/neutral mashabiki opinions. I sort of ranted on the subject, but I think my intent is pretty clear. I'd upendo to read maoni if wewe have any, au wewe can just skip this makala :)

This is sort of an informal rant/observation.

We all know that New Moon is about tragedy and the loss of upendo and the aftermath. Edward left Bella. But why did he leave her?

Since New Moon is being adapted into a feature length film, I've been seeing alot of maswali and accusations reguarding Edward's absense. 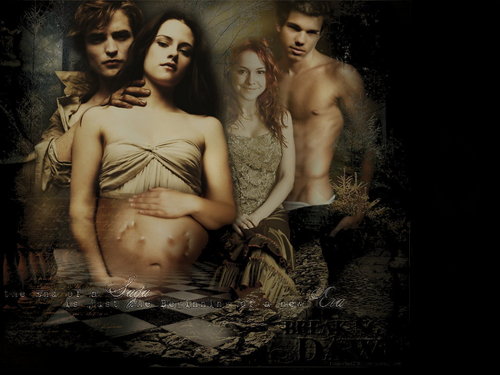 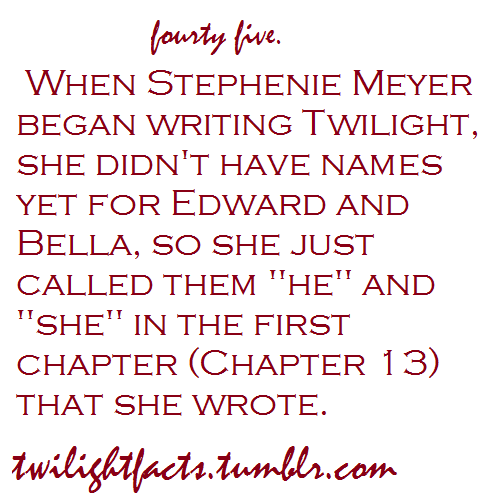 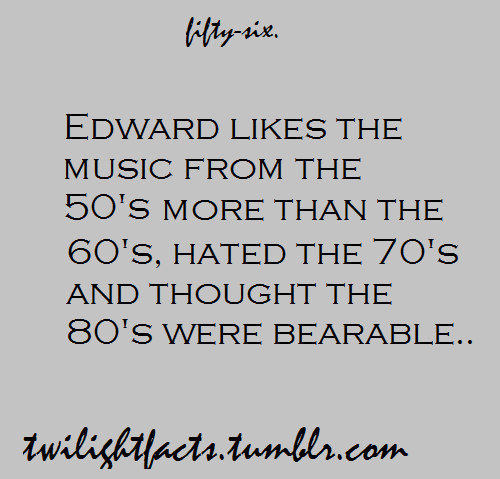 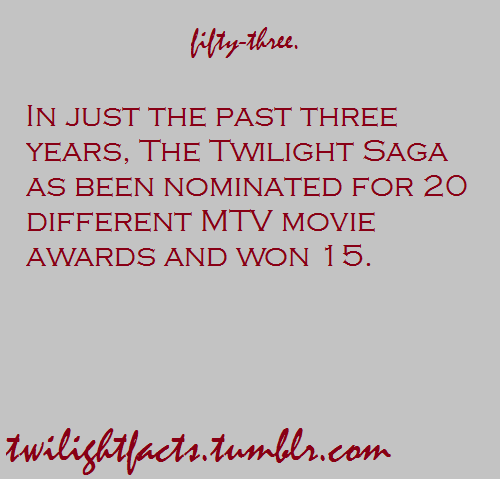 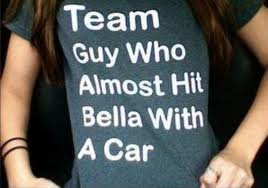 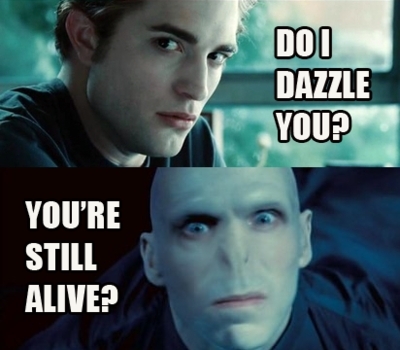 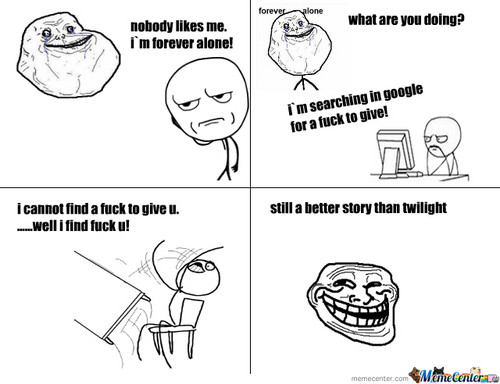 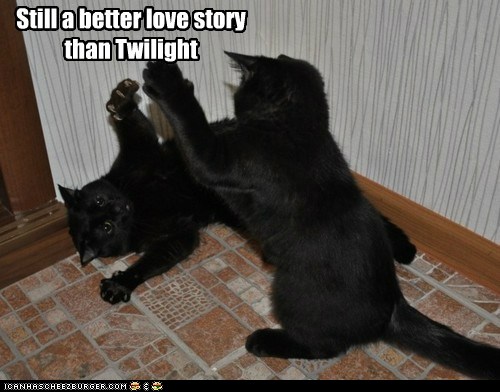 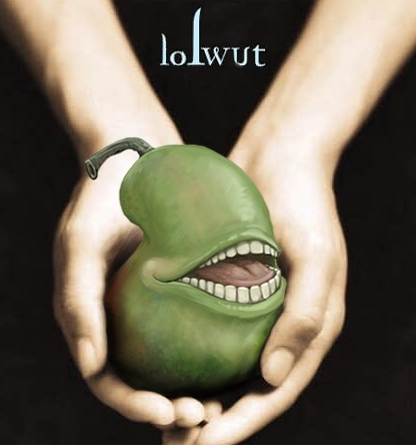 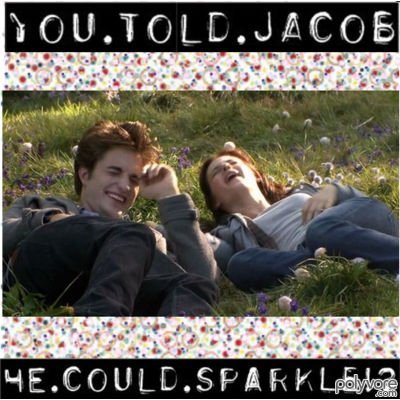 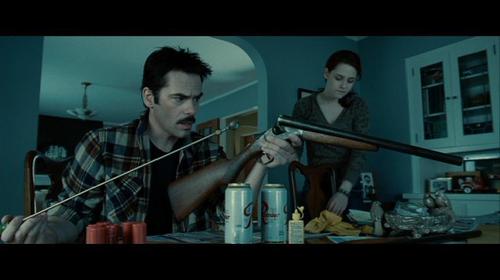 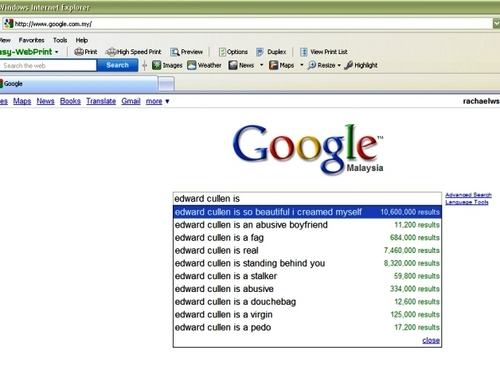 17
Google says: edward cullen is so beautiful i creamed myself
added by rachaelwsz
Source: Me 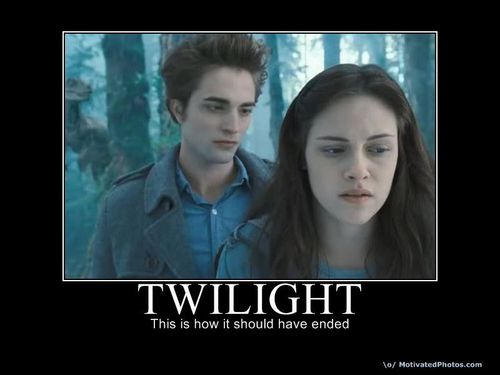 22
This is how it should have ended
added by drgroz

5
Robert gets PWNED kwa Doctor Who!
added by 1-2vampire 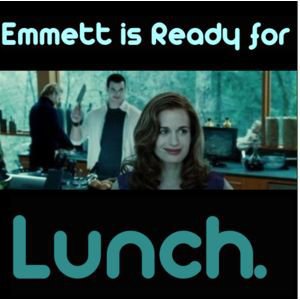 11
Stalker
added by Dearheart
If I EVER see a vampire in my room, WATCHING ME SLEEP, I'm calling the cops! (How could ANYONE find stalker's obsession romantic??)
video
twilight
critical analysis
funny
Edward Cullen
criticism
Bella Swan
More Cards
12345678910111213141516171819