6
'Scandalous' Hypocrisy: The 100th Episode
posted by AnamHussain95
The Vampire Diaries that started off as one of the biggest hits on televisheni reached a milestone on 23rd of January with its 100th episode airing. It was an emotional moment for loyal fans. But did the storyline really pay off? Ambivalence everywhere.
Criticism and objections are the rooms of the house that is freedom of speech. And every uandishi (novels, books, shows au sinema even songs and music) has that house. mashabiki are allowed to contest and swali a writer's choice and intellect. So while the 100th episode won points in some hearts, it gained resentment in others.

I'll start with my beef with Caroline Forbes. au shall i say Caroline hypocritical Forbes, perhaps?
I do not hate characters without reason. I dont. Caroline was one of my favs in the sekunde season n even the third. She became a vampire, was a great friend at time of need. Though she's nosy n judgmental kwa nature but she took it to extremes in the past two seasons. I never thought i'd hate Caroline with such passion, i do now.. but I do and its a shame that its irredeemable. A girl who people are of the opinion is a great friend n a great human being would gloat when her so called best friend is hurt because the man she loves broke up with her? rather than consoling her? Because that man wasnt what Caroline wanted for Elena. Caroline believes she knows whats best for Elena n while she was out turning every stone over to get Elena's free will back in season 4 because she thought Elena wasnt loving Damon off her own accord, now that there is no sire bond, she's verbally forcing Elena to be with the man she wants and thinking she's got it all figured out for Elena. Isnt that an abuse to Elena's free will? tell me I am wrong and i'll respectfully decline my opinion. I am okay with her being judgmental about Elena's choices but when wewe think your friend, au any human being should live out the perfect story you've planned for them.. thats just revolting.

Now the sekunde part of this: Hypocrisy.

Caroline to Klaus (4x13): "Anybody capable of upendo is capable of being saved."

Ummmm.... Damon? anyone... Caroline? If this quote doesnt prove she's hypocritical kwa roots, I
dont know what will. The biggest issue I have with this character is the hypocritical judgmental. Developing feelings for Klaus, I am not objecting at all. The moyo wants the moyo wants. wewe cant erase it au write it off. wewe can fight it but wewe cant enchant a spell n feelings will go away, its not possible. So kwa no means am i holding any grudges over Caroline for having feelings for Klaus. Its the hypocrisy of it that is indigestible.

Caroline to Elena: "when will wewe realize that the world is less dangerous than the person wewe are inviting into your own bedroom."

And Caroline humps Klaus in 5x11. Yeah, my mind is fried.
Klaus is a bastard, simple as that. I'll just orodha down some of the way he's conveniently ruined all of Caroline's friends' lives.

Stefan; took his humanity away and turned him into a ripper.

Tyler; killed his mom and all his hybrid friends.

ETC...ETC.. n lets not forget the millions of innocents he's massacred. And Caroline is worth being called compassionate after this stunt she pulled off? After judging Elena for being in upendo with Damon n gloating over her breakup, to go hump the guy who ruined everyone's lives. This is a really charming act, ain't it Car? *sarcasm*
And lets give her a pass for following her moyo for a moment. Then who gives her the right in the name of all lords of heaven and earth to judge Elena? Her hypocritical platitudes disgust me to no end. And thats why if any character is ruined, IMO, its the blonde vampire of Mystic Falls.

"I cant live without her."

"You are my life Elena."

Its very rare that we get confessions like these out of Damon but when we do, they are beautifully priceless.
Damon Salvatore is a very damaged, insecure and a painfully tragic character. For his entire life, he's been overshadowed kwa his brother's existence. People kept reiterating his bad sides, that he's a bad person.. a monster. And so when he fell in upendo with Elena, even though Damon hasn't changed his basic nature, he has redeemed. He doesn't kill for pleasure au to fill any void. He does lash out n can be very unstable when hurt, but he's not like when the times involved a tomb and Katherine's vampire self. But because he believes he's all bad, he's an irredeemable cruel satan that hell sent to the earth. That's why he doesn't believe he's worth Elena's upendo au deserves any of it because when he opens himself up for a dakika for it, he's told he's bad. Damon's insecurities n his constant battles make him such a deep character. And no matter how unstable he can be and how much people tell him, he's bad.. there's one thing that'll never change; he will never ever be selfish with the girl he loves zaidi than anything. And that makes him the most human than any other character on the show.

... I am such a sobbing puddle mess right now.

Now people who are worried about Delena.. when the times had Stefan and Elena confessing their undying upendo for each other, Delena survived that n are inseparable. It annoys me when people give up easily especially after we've endured so much.. and not only endured, SURVIVED. I am not saying Delena is an easy ship. wewe haven't experienced fangirl pain unless you've shipped these two.. But just remember "we'll survive. we always survive."

Because they are everything, they've ever wanted. 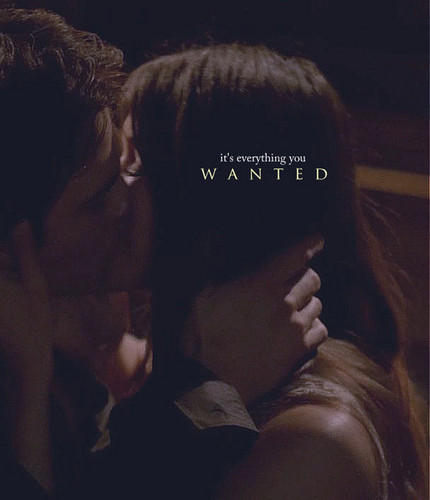 teampetrova, HFU and 4 others like this
panther-jewel I always love your articles, and this is no exception! I deeply agree with you! This is an amazing text!
loveofdelena this is outstanding!! very well done.
DelenaLove201_ Yes, definitely. Thank you for writing this, and making your point so effectively.
msmysticlove This was a beautiful articles <3 I agree with everything that y
TVDDelena1 Love this!
Crystasorrow THIS is exactly my problem with Caroline also. I don't understand sometimes why some people love her so much. I absolutely hate hypocrites and people that try to tell someone else how to live their life. Sometimes I really want to stab Caroline repeatedly and make things painful for her until she wakes the hell up. Not only is she totally blind to the beauty of Delena's relationship, but she tries to act like she's miss perfect perfect and superior in every choice she makes...and she screws Klaus, who has done a LOT worse than Damon. She is absurdly annoying. And did she herself not say to Elena in season 3 that Elena is attracted to Damon? And then in season 4 it's such a scandal apparently that Elena would sleep with Damon, that her stupid and judgmental mind would have to make up some excuse like a sire bond to comprehend it. *rolls eyes* she's such a freaking drama queen...
MelodyLaurel I agree with everything you said regarding Caroline. I absolutely loved Caroline from season 2 onwards, but season 4 and 5 kind of butchered her character beyond saving. I totally understand why she dislikes Damon, considering the way he treated her back in season 1, but the way she's gloating over Elena's suffering and then lectures her on her relationship with Damon is too much. I also don't blame her for having feelings for Klaus, but her hypocrisy is getting on my nerves.
DelenasDiary There are no words to describe how much I loathe Caroline. Every time she comes on screen, I just want to throw a pillow at my TV set. I loved Caroline in Season 2 as most people have, I maybe liked her in a little bit of 3. But season 4 and up I just wished that she had died. She's not my least favorite character, that spot is reserved for Katherine, (sorry Katherine fans) but she is very close to being there. On top of all this, I don't even ship Klaroline. I get it, it's a fictional character, calm down, but man...I just can't stand her. I've tried, believe me, but it is impossible. 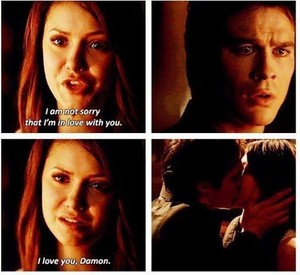 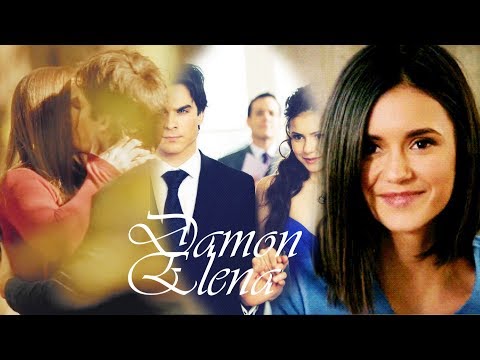 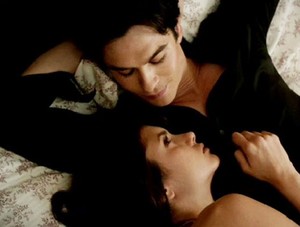 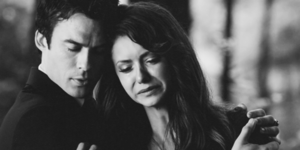 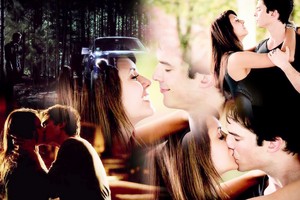 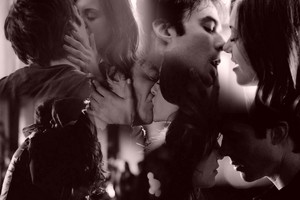 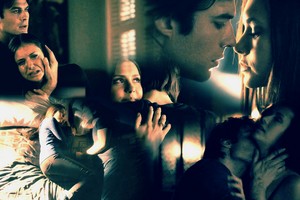 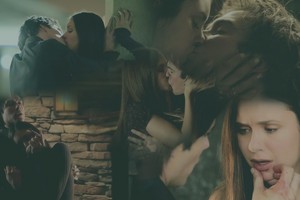 I will make it back to you; I promise
added by Irenenew 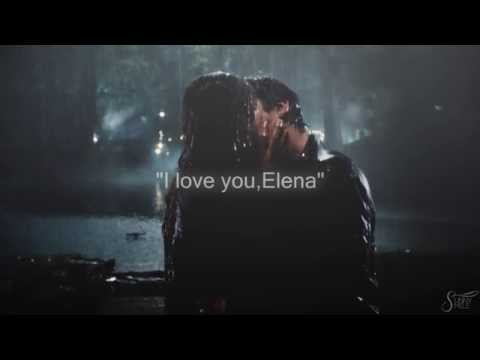 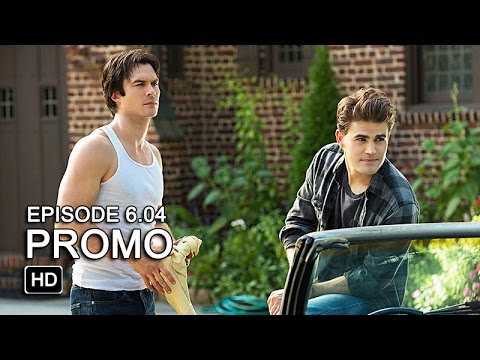 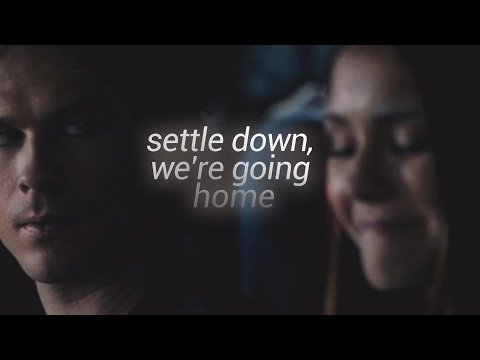