princesslullaby was voted as our first Disney Princess FOTM (Fan of the Month) for February 2010. Here is her interview.

The mashabiki have voted, and princesslullaby won kwa a landslide! Here is our first interview with one of the many great mashabiki on this spot.

1. Congrats on being the first ever Disney Princess shabiki of the Month! How do wewe feel?
Really flattered and honored! It's nice to know my hard work on this site is being appreciated. ;)

2. Who are your juu 3 princesses, and why?
Oh god....well, at the moment they're Ariel, Belle, and Pocahontas, but I haven't really watched some of the sinema in a while so it's tentative. But Ariel will always be number one!

4. Name your LEAST favorite:
Princes movie-Cinderella. I like it, just the least. It's got the least amount of action.
Princess couple-Again, cinderella & Charming. They're just really bland.
Prince-...Prince Charming. He's got the least personality.
Princess song-Oh, I like all of them. but maybe "Whistle While wewe Work"
Sidekick-Percy. He's a pain.
Villain-Radcliffe. what a dick.

6. Which princess do wewe relate to the most, and why?
Oh wow, this is a toughie. Each one in their own way. I'm the most similar to Jasmine, I hate responsibility and people telling me what to do. Plus I've got her sass.

7. If wewe could visit any princess' homeland, which one would wewe choose?
Tiana's. New Orleans seems cool. au China (Mulan)

9. Overall, do wewe prefer the princess films made before au after Walt Disney's death?
After ;)

10. As a child, which villain were wewe the most afraid of?
of the princess villains? Really none of them, maybe slightly The Queen from Snow White.

11. Even though they are mentioned on this spot a lot, do wewe consider both Mulan and Pocahontas to be princesses?
I consider them to be Disney royalty, but Mulan I do not consider to be an actual princess. Pocahontas I do.

12. Going along with the last question, which Disney heroine do wewe wish was considered to be a princess?
None really. I only think the main characters of Disney sinema who are a)female b) teenage age au over should be Disney princesses. If any, I would choose Kida because she is an actual princess.

13. How do wewe feel about Disney's hivi karibuni return to fairy tales with films such as Enchanted, The Princess and the Frog, and Tangled?
GAHHH. PATF I thought was a step in the right direction, but I really hate all these modern utamanduni wa pop references and the girls being so kick punda and talking so modernly. I like the Disney princess sinema being zaidi fairy talish. For example, people relate to Ariel and Belle without them having a ton of sass, and they're also not modern girls. That's why I wasn't a big shabiki of PATF at first. Tangled is getting me upset because I don't think 3D princesses should be added to the line up, they're not classic princesses if they're 3D, she's gonna have too much modern personality. I don't like it. I liked Enchanted but Giselle's not a classic princess, thank god. I think Tiana shouldn't have worked two jobs, its just too realistic for me. I think she should've been some girl working on a farm au something in France 1700. au whatever. I just would have liked it zaidi if it were zaidi classic.

14. What fairy tale would wewe like to see Disney turn into a movie next?
swan Princess, The Princess and the Pea, au the princess & the pauper. But I want them to be zaidi classic, without the modernism about them.

15. Finally, what are your hopes for the future of this spot?
To get zaidi members, to stop the kura ya maoni cheaters, and just to get all around zaidi creative! 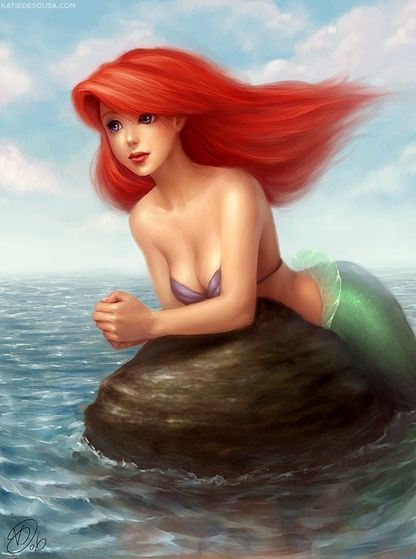 QUE2-who add the most beautiful pics on spot blake lively?
ans-[Dedicated shabiki alt=] ForeverEternity
and half in another article,now i am going to sleep! good night if u in ur country it is night!

Aurora
added by DreamyGal
1
FOTM Interview: dweeb
posted by courtney7488
dweeb was our third shabiki of the mwezi for April 2010. She was interviewed kwa alafastanzio.

So the Disney Princess shabiki for the mwezi of April is Dweep! Congratulations! I for one have noticed all the work she's been putting into our spot and whole-heartedly agree with the verdict. So let's get right down to the interview shall we?

How long have wewe been active on this site?
I think I joined in the late summer of 2009. Me and my best friend wanted to find out which Disney Princess was the prettiest so we looked it up and got to this site. But it wouldn't...
continue reading...
More Cards
1234567891011