Some of the Princesses' wardrobes with a few others.
For the past ten weeks, I have been holding a countdown for the wardrobes of the Disney Princesses. This is my first makala and countdown so please don't judge! If you're ready, here we go!!!!!
11) Snow White
Yes, the princess that started it all also starts off the list. The main reason for this is most likely because she doesn't have a lot of outfits in her movie and the two dresses she does wear, some people say are childish and not super fashionable. In my opinion, this is one of the weaker wardrobes for I dislike her servant dress and I think her princess dress is okay (not a real shabiki of the sleeves au the collar).
10) Pocahontas
This one is probably the most obvious to me. Only one dress, however a good amount of people find it beautiful.
9) Merida
Similar to the last two princesses, Merida has a limited wardrobe which has some mixed reviews. While her main dress received mostly good reviews, some people did find it not very special as for her princess dress, people's opinions range from loving it to hating it, especially with the wimple.
8) Rapunzel
*Sigh* Yet another princess with a limited wardrobe, which is most likely the reason it's near the bottom of the list. However, even if her wardrobe is near the bottom, doesn't that mean people dislike it. This is thanks to the details and colors.
7) Tiana
Unlike the awali entries, Tiana has a large wardrobe which can be a bad thing. Some of her outfits, like her borrowed blue dress and dream dress, received good reviews while her other dresses were aliyopewa zaidi mixed reviews. In my opinion, I like all of her outfits except for the blue gown, I upendo it instead.
6) Jasmine
Out of all of the Disney Princess Wardrobes, Jasmine's is alisema to the most revealing, and I sort of agree with it. All of her outfits that include pants have shirts that don't even go down the whole way. This is very much a mixed opinion. Some people kind of like this while others take issue with this. Her wardrobe also loses points for the lack of creativity.
5) Cinderella
First of all, her ballgown is one of the most beloved animated dresses in all of movie history and I absolutely upendo it. In the opinion of the people, people find her wardrobe quite elegant and beautiful as well.
4) Belle
A wardrobe that many people like, everything from her blue peasant dress to her iconic yellow ball gown. In my opinion, this is probably one of my inayopendelewa wardrobes of the Disney Princesses as well.
3) Mulan
A wardrobe filled with a good amount of color. Being at the number three spot on the list, similar to the last couple of entries, many people of fanpop upendo this wardrobe.
2) Aurora
The limited wardrobe with the highest placing on this list. With just three dresses, I upendo it. Similar to other people, I think they're quite elegant and regal as well.
1) Ariel
The little mermaid takes the number one spot on this wardrobe countdown list. With her pink chajio, chakula cha jioni dress and blue dress and I upendo this wardrobe.

And that's the results of the Disney Princess Wardrobe countdown!
Kristina_Beauty, Disneyotaku and 2 others like this
wavesurf Nice job on your first article for this club! Thanks for conducting this countdown. I enjoyed participating.
AdelitaI Mine would be: 11. Snow White 10. Cinderella 9. Jasmine 8. Aurora 7. Ariel 6. Pocahontas 5. Tiana 4.Belle 3. Mulan 2. Merida or Rapunzel. Can't decide. 1. Merida or Rapunzel. So I agree on 11, 4 and 3. Thank for all the work you've done!
4
Why I'd like to have a princess who isn't thin
posted by BB2010
So this was a topic that was brought up a couple weeks zamani that brought on a big debate. There were people who alisema a fat princess wouldn't be a good role model, that obesity kills people, that just because there's only thin princesses doesn't mean kids are going to worry about it, that the princesses have to be beautiful, etc.

I used to read a lot of vitabu and watch a lot of tv growing up, mostly Harry Potter and Disney. As much as I upendo the Harry Potter series and Disney movies, the way fat people are depicted is really upsetting. I mean there's Dudley who's described as being as fat as...
continue reading...
6
Belle's inayopendelewa Disney Princess orodha
posted by princesslullaby
Since the Princess of the mwezi is Belle, I figured why not start with Belle's inayopendelewa princess list. wewe can read my old ranking link.

I had an especially rough time placing Jasmine, Tiana, and Aurora. Eventually I went with what I have here. :) 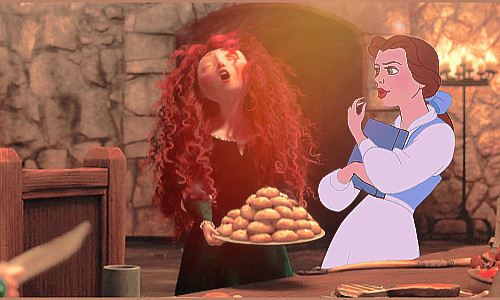 Unfortunately Merida seems to take up a semi-permanent residence in last place for a lot of these princess lists, not unlike her condemnation on fanpop. Belle would have a strong distaste for Merida. Belle is a proud, dignified individual who cares about how she presents herself and Merida would seem callous and sloppy to Belle. Merida...
continue reading...

1
From Rags to Riches
added by dextercat 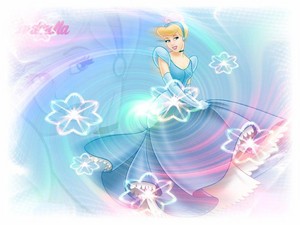 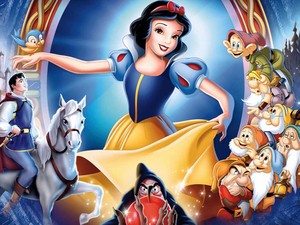 A week had gone kwa since Anna and Elsa's accidental visit to the public lake. The 2 sisters wanted to actually swim. Thankfully Anna had a plan.

Anna walked into the living room of the kingdom and stated "We should go swimming today."

Elsa alisema "But I don't want us to make another embarrassing mistake."

Anna tried to calm Elsa down kwa saying "I went to a nearby private lake yesterday so I know how to get there. Plus it's not that far away."

Elsa asked "Are wewe sure it's not a public lake?"

Anna replied "I hanged out there for hours yesterday. Nobody...
continue reading... 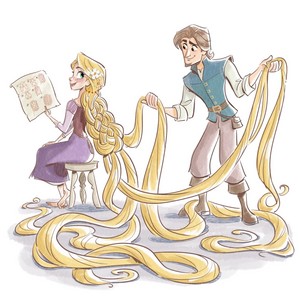 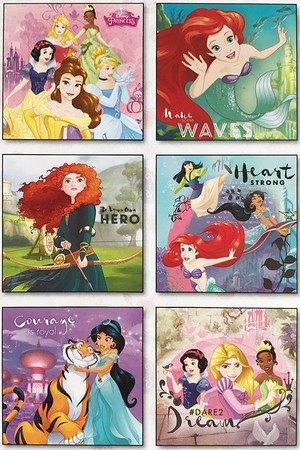 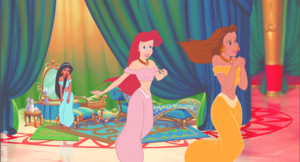 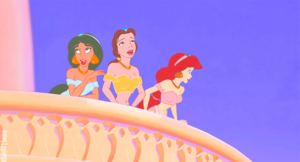 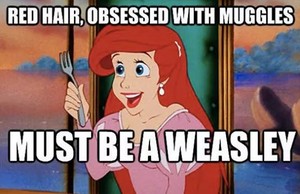 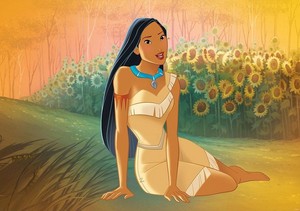 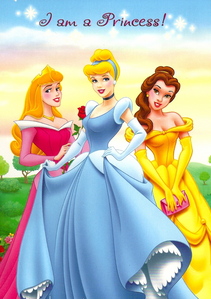 Ready to meet your live-action counterparts?
Hi guys, since I had watch 3 reboots of their respective Disney classics. Here are my opinions on which is better, the animated au the live-action version?

Okay, as mentioned, this film left me disturbed for a number of reasons. The first was how they make King Stefan turn into the dark side, whereas in Sleeping Beauty. He is not like that at all! (1959 Version)
Sadly, Aurora gets less screen-time like her animated counterpart. But, she's zaidi bubbly like Snow White! So I would say that I admire both the animated and live-action Princess Aurora. (tied)

I was very happy...
continue reading... 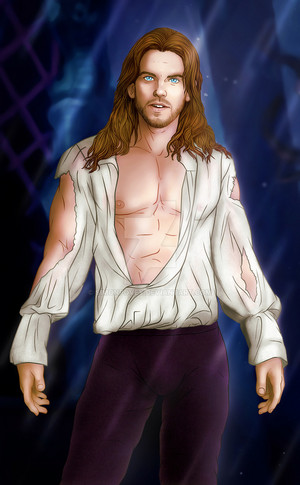 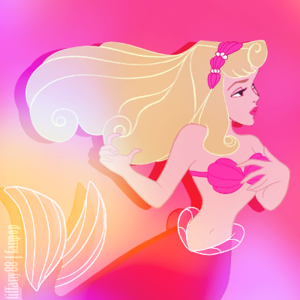 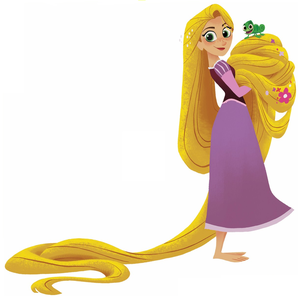 1
Rapunzels look in Tangled Before Ever After
added by Sparklefairy375
1
Fanpop's Favoirte Disney Teams - Jan 2017
posted by anukriti2409
Results are in! Who's the inayopendelewa team of fans? mashabiki had voted and the winner is indisputable. So, i'll get straight to it.

Just a side note, sorry I got caught up at work and I know the kura za maoni were done sometime back already, but posting the results makala for everyone to enjoy.

Here are the results: 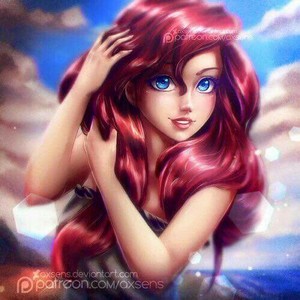