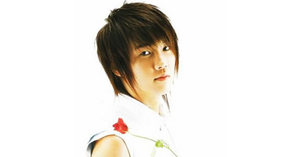 Oh Won Bin
After leaving FT Island back in January, Oh Wonbin has been out of the limelight. He previously stated that he wanted to start a solo career, but that hasn't really come into fruition yet. His most hivi karibuni project was on a track for the You're Beautiful OST / Soundtrack.

Without seeing him much these days, I'm sure most of wewe mashabiki miss him dearly. So here's some picha of him. Recently, Oh Wonbin ilitumwa selca (self-capture) picha of himself on his mini hompy. Check out the picha below and thanks to winter_star@ftisg for the sharing the photo.

Oh Won Bin Selca Pictures
F.T. Island’s Seunghyun attacked in Singapore
posted by HyeonJi
The boys of F.T. Island arrived recently in Singapore for the Sundown Festival Seoul'd Out tamasha this past weekend, and it looks like member Song Seunghyun has had a run-in with an inconsiderate fan.

The video below shows Seunghyun walking in his hotel when a girl reaches out and grabs his hair. He points back at her with an angry look, to which she majibu with a shrill cackling laugh.

Seunghyun should be commended here for keeping his cool, because if it were me, I would have probably just Lost it on the girl and started punching her non-stop in the face. They would probably need three security guards and a tranquilizer gun to get me to stop wailing on her. This is assault plain and simple. No one deserves to have their personal space invaded like this. 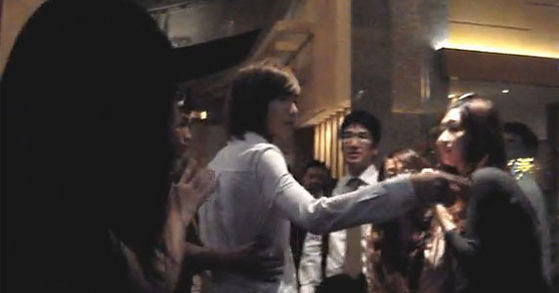 Seunghyun Pointing to 'the' girl
4
tamasha Tickets Sold Out Within An Hour!!!
posted by animeadd8 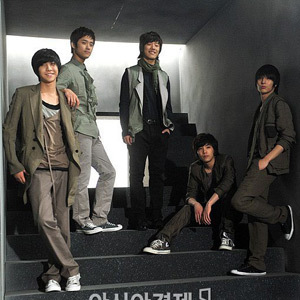 FT Island will tour Asia countries like, Japan, Hong Kong, Taiwan, Thailand and Singapore in January and February. Of all these countries, ticket sales for their Taipei, Taiwan tamasha started first and they were all sold out within an hour, which shocked the organisers.

Though FT Island has never been to Taiwan for any promotions yet, tickets for their tamasha to be held at the 3000-capacity Dr. Sun Yat-sen Memorial Hall in Taipei were all sold out. Their tamasha will be held on 27th February 2010. 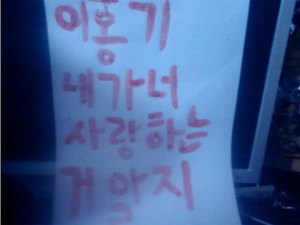 Bloody Letter
Man, will the madness ever end? First there was 2PM's Taecyeon, then it was MBLAQ's Lee Joon, and now FT Island's front man Hongki? This is getting pretty ridiculous if wewe ask me!

The cars racing on the highway
This mitaani, mtaa in the moyo of the city crowded with busy footsteps
Between the densely packed buildings like trees in a forest
The billiant neon signs
I want to fly above this city today - come on

I want to fly in the sky today
I want to touch the clouds
Uh yes I wanna touch the wingu
Because they are lower than...
continue reading...
FT Island "Like the Birds" Lyrics
posted by hongkilover
새들처럼

Have wewe seen some of the pre-released picha of FT Island photoshoot for Marie Claire September 2009 issue? I'm not sure if each of wewe knows about this. Straight to the main point, based from my reading, the photoshoot ended with a great success. As the boys managed to appear 'manly' and look cool in the outfit.

What most of primadonnas doesn't know (maybe...), the photoshoot was made at 3am! So, the boys were really tired at that time (definitely!).

This wasn't the first kind-of-incidents happened. There were a lot of it (i guess) such as during the Gayo Daejun's festival at the very end of...
continue reading...
1
FT Island – Memory Lyrics ~♥
posted by Ieva0311 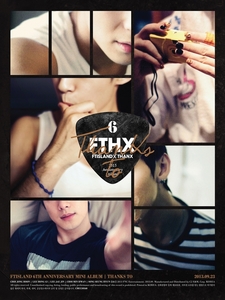 haega tteugo jigo gyejeori bakkwi
myeon gwaenchanheul jul arasseo
niga itdeon jariga
gipge paeyeoseo amulji...
continue reading...
2
Lee Hong Ki's New Drama 2011
posted by hongkilover01
Muscle Girl is the new Japanese drama series that stars Lee Hong Ki. Lee Hong Ki plays the role of Yoo Ji Hoo, a famous pop star. Yoo Ji Ho's mother disappeared 1 mwaka ago. A mwaka later, during his performance in Japan, he left to look for her. The manager of Ji Ho trys to look for him but cannot find Ji Ho and will almost do anything to get him back. Meanwhile, a Japanese girl named Shiratori Azusa (Ichikawa Yui) had just become the new director of a female pro wrestling company, Shiratori Wrestling, after her father died. She was left with a big debt that had to be paid au else the wrestling...
continue reading...
You Might Also Like...