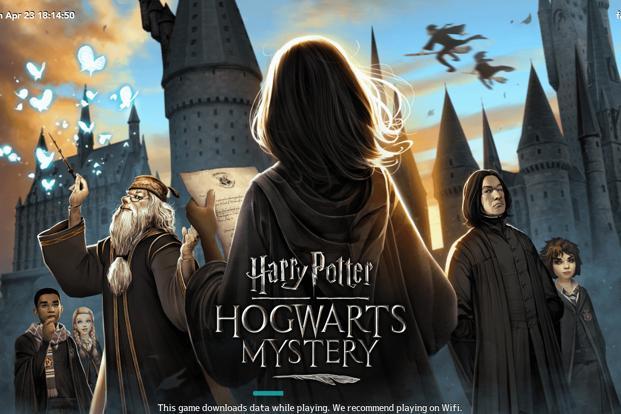 Harry Potter: Hogwarts Mystery which has now been released for Android and iOS, is already topping the charts on the Google Play Store and Apple App Store.

Harry Potter books and movies have been adapted into mobile and PC games many times before. Now again, there is a renewed interest in the series among game developers. Niantic Labs is working on an AR based mobile game called Wizards Unite on the lines of Pokemon Go. It is expected sometime in 2018.

However, at the moment, there is a new game Harry Potter: Hogwarts Mystery which has now been released for Android and iOS and it is already topping the charts on the Google Play Store and Apple App Store. The game has already been downloaded over a 1 million times on Play Store in just 3 days. Developed by Jam City, Inc for Warner Brothers’ new Portkey game label, Harry Potter: Hogwarts Mystery is free to download but not entirely free to play. This game follows the freemium strategy, with some in-app purchases priced between Rs65 and Rs6,500.

The game is set at Hogwarts campus but in a different time period which is before the events in the first book. So users won’t get to play or interact with Harry, Hermione or Ron, which is a bit of a letdown for fans expecting to step into the shoes of their favourite characters. 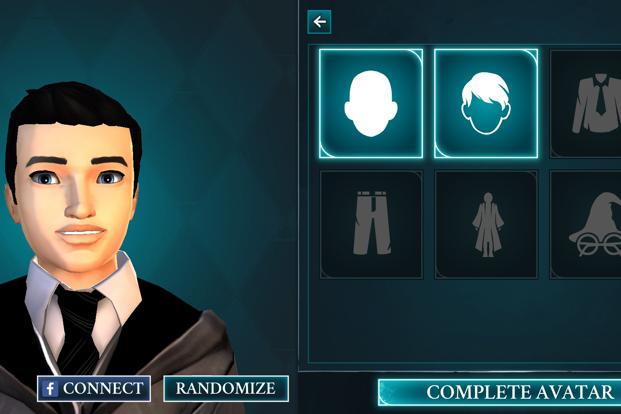 But the game has got most of the other things such as the graphics and ambience right. The Hogwarts campus, the various houses and the other popular characters such as Professor Dumbeldore and Snape successfully evoke the scenes from the Harry Potter movies.

It allows users to build their own custom student— modify face, skin colour, hairstyle and even the attire of their choosing. Then the student is put into the Hogwarts School, where he/she has to learn the trade by attending classes and practising new tricks, just like in the Harry potter movies.

While this part of the game helps build the immersive atmosphere from the Harry Potter movies, the game’s main draw is the mysterious disappearance of a student. Users have to look for pieces of evidence and solve puzzles in between classes and the usual chores to find the missing student. These skills and objects collected during classes can come in handy while solving these mysteries. The game requires users to interact with other students and teachers by choosing one of the custom responses which show at the bottom of the screen. The choices made by the user will not only determine their progress in the schools but in the game as well. Controls are simple, and for everything, from movement to action or starting a conversation, users have to tap on the screen. 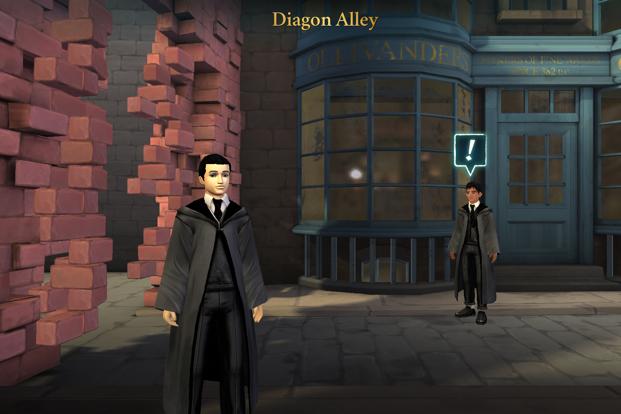 Overall, it is a slow game and only meant for avid fans for the series. The absence of central characters— Harry, Hermoine and Ron—is a big disappointment.

When you download the game from the Google Play Store, you will be downloading a 149MB file, but post installation it takes up about 900MB of space. It also requires internet connection to work smoothly. The good news is the game doesn’t crash if the connection is interrupted and will let player resume from where they had left.