6
The juu ten scariest horror characters that I have seen, so far.
posted by 1122ridr 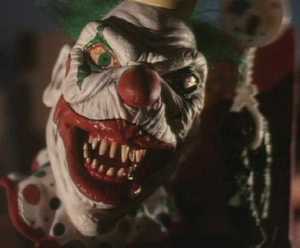 Jack Attack
These are the juu ten scariest horror characters that I've seen so far, from least to greatest.

#9: Pinhead. I loved the Hellraiser movies, but Pinhead wasn't that scary.

#7: Ghostface. He was creepy, but not scary.

#4: Blade from The Puppet Master. He is zaidi cool than scary, but I thought I should add him. 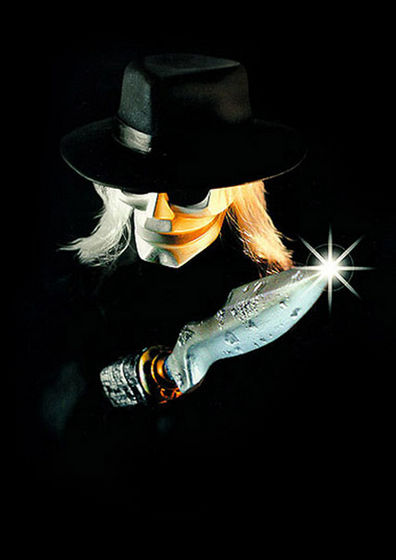 Blade
The story of carmen windstead
posted by ambers1999
Carmen was 17 years old when her parents decided to songesha to Indiana. Her father had Lost his job and the only way he could find new employment was kwa moving to a new state. The relocation caused a lot of problems for Carmen. She had to leave her Marafiki behind and attend a whole new school in Indiana.

Carmen had a hard time making Marafiki when she changed schools. It was the middle of the school mwaka and most of the students had no interest in befriending the new girl. Initially, she spent many days alone, walking from class to class without speaking to anyone, but she eventually started hanging...
continue reading...
3
HORROR MOVIE VICTIMS?
posted by chuckygirl87
iv been waching some horror sinema and i noticed most of them all had in common one thing there victims i know it sound dumm but in most good horror sinema texas chainsaw masacor, holloween,nightmare on elm street, the victoms come out coverd in blood au mood au loads on marks on there face i know the answer to the qustion but would wewe be suprised if at the end of a horror movie the victims come out clean i know that would be dum beacuse let face it the they just came out of the worst nightmare wewe could ever think of and there fine not a scarch on them? sp my qustion to all wewe guys is would wewe be suprised if u finished waching a horror movie and victim came out and fine? and plus do wewe think that would really happen? leave me a maoni letting me know and remeber all mean maoni will be removed.
11
Facts From Horror sinema
posted by Aerohead 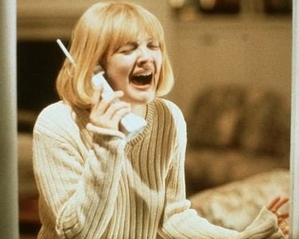 Get caller I.D. Saves you alot of trouble.
WARNING:This is just some stupid joke makala which wewe really should not waste your time on.

Over the years I have seen countless horror movies. Everything from "Nightmare On Elm Street" to "Child's Play." From "IT" to "The Exorcist" And so on and so forth. If wewe don't wanna sit through a 2 saa flim here are the main points wewe might pick up in a horror movie.

1)Don't take your eyes off a murder. They songesha at the speed of light.

2)Just cause it's small doesn't mean its not deadly.

3)Yell "Help" all wewe want. No one will save you. 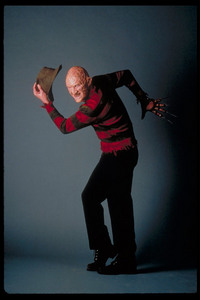 I have decided tht it is time to share my maoni of horror with fanpop, im pretty sure tht i am one of the biggest horror fans(obsessives) on FP. Anyways here are some real classics...

10. Friday the 13th Part 3
The best of the series and the introduction of Jason's trademark hockey mask.

9. Jeepers Creepers 2
This movie isnt really tht famous but it is very good, if wewe can see it, wewe wont be dissapointed.

8. The Final Destination Series
I guess they're not really horror, they're very edge of your kiti, kiti cha though. A must watch.

1. Katie Cassidy as Kris Fowles [A Nightmare on the Elm Street]

9. Alison Lohman as Christine Brown [Drag me to Hell] 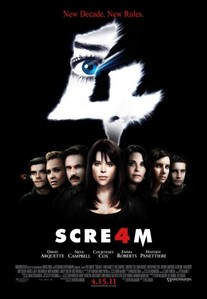 Back in the 90's, we all know that Scream was a ground-breaking movie, presenting a new kind genre to the horror film, a genre where the characters are self-aware that they are in horror movie but when we all thought that Scream 3 will be the final chapter to the franchise we were all wrong. After a decade, Scream 4 was produced but was it well received kwa the critics and the audiences? Let's see.

Review aggregate Rotten Tomatoes reports that 57% of critics have aliyopewa the film a positive review based on 150 reviews, with an average score of 5.8 out of 10. Metacritic assigned the film an average...
continue reading...
10
October FOTM Interview with Snake-Eye Conducted kwa brittlegirl94!
posted by Snake-Eye 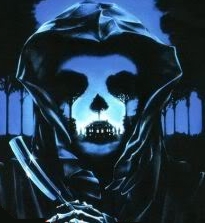 The House On The Edge Of The Park (1980)
OMG OMG OMG OMG! First, Thanks all wewe guys for voting for me & thanks Lucy (brittlegirl94) for the awesome questions! I never thought I would be the shabiki of the mwezi lol. I upendo you, guys! ;) xoxo


2. Which sub-genre in Horror is your favorite? (Slashers, Vampires, etc)


3. If wewe could only watch ONE Horror Movie for the rest of your life, what might it be?

Wow O_O A Nightmare On Elm. mitaani, mtaa 6:...
continue reading...
26
Welcome to the Horror sinema Spot!
posted by locke1up
My name is Justin, and I created the Horror Movie Spot to post and discuss absolutely anything and everything to do with this peculiar genre. I will be posting some viungo and makala in a few days, so feel free to contribute anything you'd like:) Here are some topic starters I came up with:

My Bloody Valentine 3D
40
How to survive a horror film
posted by Melissa666
-DO NOT HAVE SEXUAL INTERCOURSE. wewe will be filleted within 15 minutes. Even if gorgeous blonde offers to jump your Bones in a graveyard, say no: she will turn into an old man and stab wewe in the guts.

-DO NOT, UNDER ANY CIRCUMSTANCES, GO INTO THE WOODS IN THE MIDDLE OF THE NIGHT. At the very least, wewe will probably be sexually molested kwa a tree.

-DO NOT PICK UP HICTCHIKERS. Have wewe got a dead wish au something?

-NEVER TAKE UP VENTRILOQUISM AS A HOBBY. Your dummy will prove no dummy.

-When a group of wewe are searching a large building, do not, whatever wewe do, mgawanyiko, baidisha up.

-Don't go anywhere near...
continue reading...
2
BEST ADVISE
posted by PrettyQueen0_0
When wewe are in a a creepy like place, wewe think its weird....but your Marafiki talk wewe out of it of thinking its no good.....GO WITH YOUR GUT FEELING! That place is just going to end up to be a horror story!

Here is what wewe do

1. Do NOT seperate au mgawanyiko, baidisha up! wewe just going to die that way! 2. Dont have sexual activities because your going to DIE kwa distraction! 3. Do not get naked, wewe will be easier to kill, 4. BOYS! Do not pull down your pants and pee....WANNA DIE?!? 5. Do not go around screaming/yelling!


OMG! Do wewe guys know when on horror sinema someone sees au hears something weird they...
continue reading...
Sewersa
posted by goodman8
Chain-letter-style Internet postings tell the story of Carmen Winstead, a 17-year-old girl supposedly pushed down a sewer and killed kwa a gang of girls from her school.

They pushed her down a sewer

About 6 years zamani in Indiana, Carmen Winstead was pushed down a sewer opening kwa 5 girls in her school, trying to embarrass her in front of her school during a moto drill. When she didn't submerge the police were...
continue reading...
6
Final Destination 5
posted by lloonny 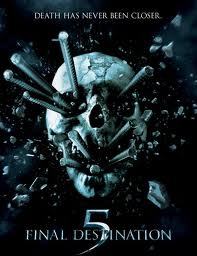 
here r some informations about FD5


-Nicholas D'Agosto as Sam, a young professional who predicts a major accident....
continue reading...
2
Miss me (Part 2)
posted by befferz
Alec Keller had wanted to be a detective since he was sixteen. - He didn't know why, it was just something he wanted. He studied sherlock holmes and murder novels, And flew through phycology classes. Instead of going out with his mates, he stayed inside and studied. He graduated college and chuo kikuu, chuo kikuu cha with outstanding grades. When he was 25 he made it into the Criminal Analysis unit. Alec was one of the best detective his boss had ever seen. He spent a couple of years locking up shoplifters and drug dealers. Then he was placed in Homicide.

* link - A spot for Pennywise The Dancing Clown from IT

* link - A spot for the Demonic Toys series

* link - A spot for the Puppet Master series

* link - A spot for Blade from the Puppet Master series

* link - A spot for Jester from the Puppet Master series

* link - A spot for Pinhead from the Hellraiser series

* link - A spot for Pinhead from the Puppet Master series

* link - A spot for Jack Attack from the Demonic Toys series 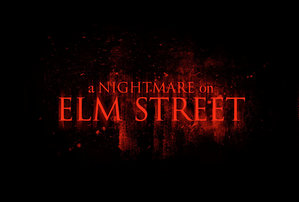 Movie logo.
While at the Springwood diner with his friend Kris Fowles, Dean Russell falls asleep at the meza, jedwali and meets a man covered in burn scars, wearing a red and green sweater and a clawed glove, glovu on his hand. The burned man cuts Dean's throat in the dream, but in reality it appears that Dean is cutting his own throat as friend and waitress Nancy Holbrook looks on with Kris. At Dean's funeral, Kris sees a photograph of her and Dean as children, but cannot recall ever knowing Dean before high school. Kris begins to dream about the burned man herself and refuses to go to sleep for fear that she will die...
continue reading...
7
Horror Challenge
posted by EllaBlack
So I wrote a poem that alludes to many of my inayopendelewa horror sinema and books...I wanna see how many wewe can catch and orodha below in a comment. wewe can also say how wewe like it if ya want.

Freddy and Jason,
Dracula himself,
I'd marry them all,
Buy a one way ticket to hell.
Michael Myers visits me in my dreams,
With Pamela Voorhees on his arm,
The scream queens keep on screaming,
The zombies just smart enough to inflict some harm.
The Blair Witch kills from behind her trees,
While The mbwa mwitu stalks the campus in town,
The seven deadly sins open the box,
While the Relic coincidentally busts out.
Voodoo makes...
continue reading...
9
My screenname is now -sapherequeen-
posted by -sapherequeen-
Hi, some of wewe may know me as sapherequeen, but I had to create a new account for myself.
wewe see, 2 days zamani I changed my nenosiri to something I do not remember at all, so the inayofuata siku when I had to sign in, I couldn't. fanpop did send me a temporary password, but the barua pepe address that receives this nenosiri was deleted a long time ago. So I basically had no other choice but to create a new account.
I know this is totally random, but I just wanted to let people know why my screenname may seem a little different when I start putting zaidi contributions here.
Well, that's all :)