10
Lucy/Loki
posted by Lucy19
Loki was gorgeous indeed. Nobody can deny the fact as everyday, a lot of girls followed him everywhere he go. Lucy on the other hand couldn't help herself but to think why does Loki avoids her. Although Gray noticed many times that Loki watched Lucy from a far, but it was not his business anyway.

But after the incident when Loki's true identity is revealed, they became attached to each other. So close that even Happy grins when he saw them together.

“Cute couple,” Happy giggled.
“It's not like that!” Lucy exclaimed. Loki smiled behind her.

One night, Lucy was staring blankly at her room, filled with morons. Natsu and Happy totally conquered her bed, Gray was snoozing off on a chair with only his underwear and Ezra sleeping right inayofuata to Gray. They had a normal routine that day, destroying. Lucy sighed and went out for a walk.

It was almost midnight, so nobody was really around. A few lights from shops and houses are still open, but not the doors. Lucy sat on a bench and lay on her back to stare at the sky. But as she make herself comfortable, a shadow engulfs her, made her jump from the bench and holds her stellar keys.

“Loki!” Lucy releases her keys. “What are wewe doing here?”
“I don't know. wewe seems alone. It's the power of love, Lucy.” Loki grins.
“Love, huh?” Lucy settles down on the bench and Loki sat beside her.

Aquarius always told her to get a man.
Well Aquarius is a beautiful stellar, who wouldn't want to tarehe her anyway?
But Lucy was curious whether her boyfriend is a stellar too, au a human, probably her master?

“Say something,” Loki voiced out.
“Do wewe know who is Aquarius's boyfriend?”
“Me.” Loki look at Lucy seriously, but then he cracked when Lucy's eye widen. “Just joking! My upendo is only for you, my dear.”

Loki took Lucy's hand and kisses it, in a gentleman way. Lucy began to blush, she pulled her hand away and avoids Loki's eyes.

“D-don't be silly, Loki!” Lucy pushes Loki slightly on the shoulders, but Loki caught her hand again.
“We would be such a cute couple if we are together.” Lucy look at Loki, he seems to shine that night.
“Y-you are just another womanizer.”

Loki sighed and let go of Lucy's hand. He look down at the ground and sighed again.

“I can't deny that. But I really felt something different about wewe when I first saw you,” Loki kept his head down.
“That's because I'm a stellar mage! wewe know that.”
“True, true. Damn. I'm out of words!” Loki stands up and kicked a rock near by.

Lucy let out a giggle. Loki turns around to look at Lucy, who was trying to restrict her laugh.

“You are cute sometimes, Loki. But face it, a slave can't tarehe his master,” Lucy stuck out her tongue.
“Slave? Oh, I'm your slave now?” Loki walked closer to Lucy and tickles her.
“S-Stop!” Lucy laughs harder while trying to push Loki away.

They were battling with each other, then Loki caught both of Lucy's hand and they stopped moving. They stared at each other for a few seconds, which really feels like forever for both of them.

“It hurts,” Lucy winced.
“Sorry,” Loki let go of Lucy's hand and distanced himself.
“You're not wearing your cool sunglasses.”
“There is no sun at night.” Loki's answered made Lucy felt like an idiot. “Lucy.”
“Yeah?”
“You know that I'll be there for wewe whenever wewe need me.”
“Uh huh.”
“I will help wewe whenever wewe are in trouble.”
“Em.”
“I will protect wewe at any cost, any where.”
“Em.”
“I will always be yours.”

Lucy wanted to answer “Yes, wewe will.” but somehow the words won't come out. The fact that Loki was not in contract with any other masters made Lucy happy. Loki was master-less for three years and Lucy found him. One of the twelve exclusive golden keys. But she really couldn't treat him like a stellar spirit.

“Lucy, I promise. Although it's kind of impossible for a spirit to be with the master, but I will always be with you.”
“Loki, I-” Lucy look around. Loki was not there anymore. Suddenly her eyes were wet and she wiped it.

Lucy trusts Loki with her heart. She knows that Loki will always be there for her and she believes in him. Lucy walks back nyumbani towards her home, knowing that night Loki will return to her world and kiss her forehead, just like every other night.
Sharparcher, Annabeth575 and 8 others like this
LancetDancer T_T this should be an episode. so beautiful. they need to be together
Kaien_155 I agree with LancetDancer
ichigo_155 U guys like that
kasdeyheart amzing
graykid it's so dramatic
natsukid it is a little funny
natsukid d
Gokucat AWWWWWWWWWWWW! 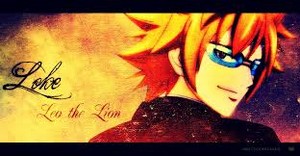 Loki and me
added by tammy1365 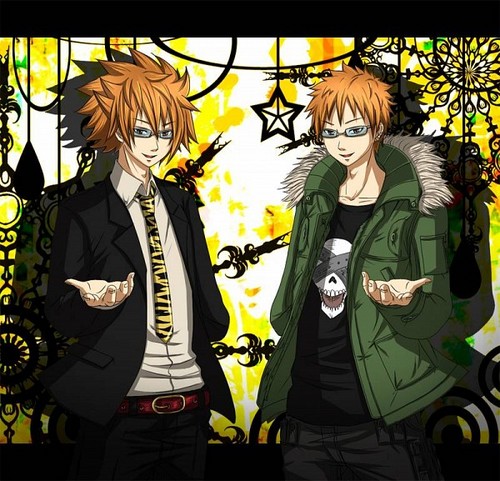 *Leo The Lion*
added by KEISUKE_URAHARA 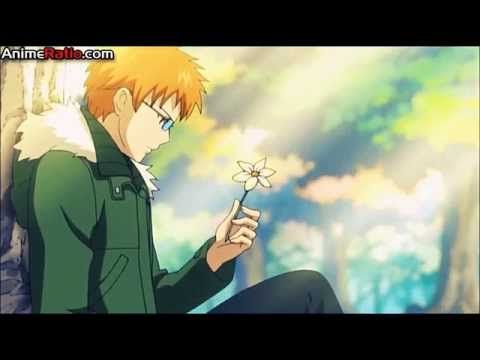 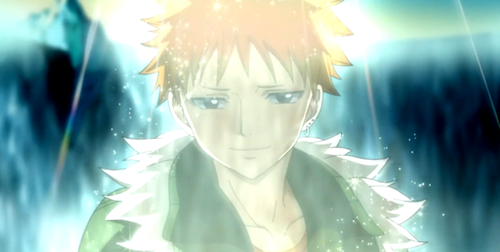 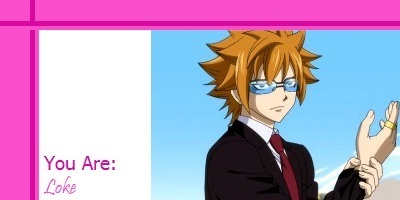 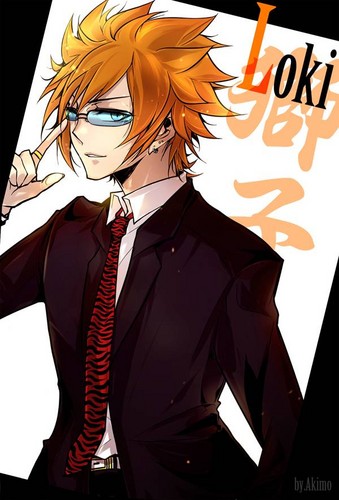 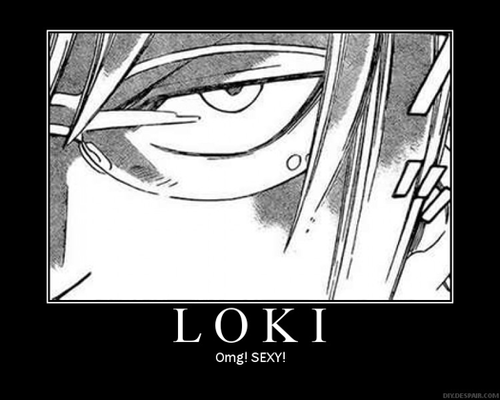 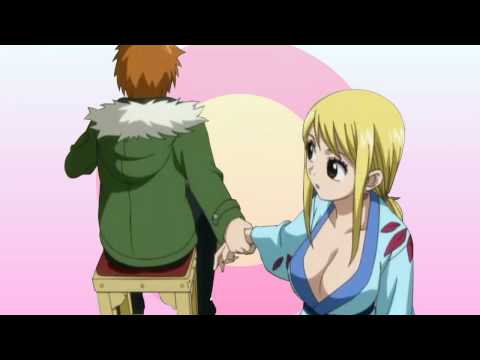 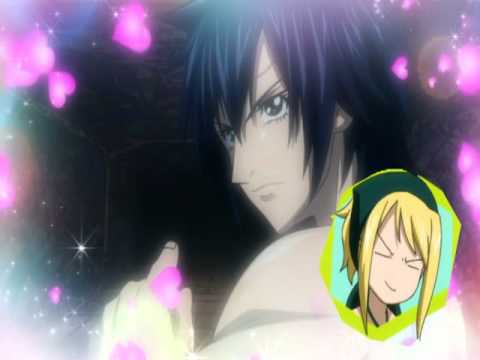 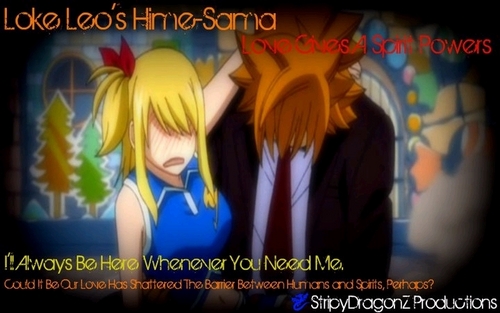 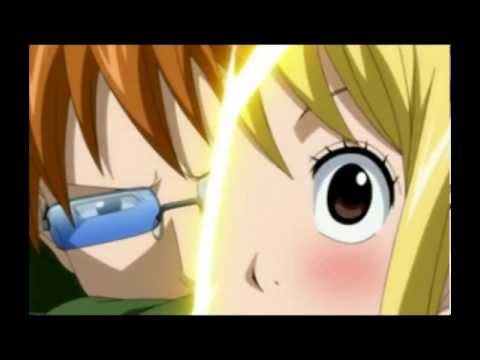 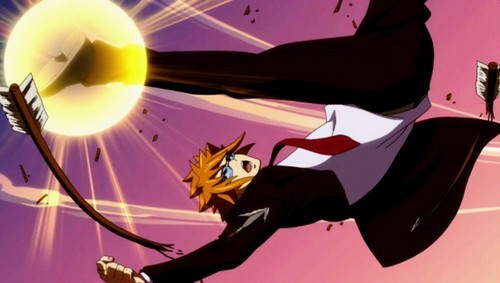