9
50 bila mpangilio things to do at McDonalds.
posted by australia-101
Set up a maji ya limau, lemonade stand right outside a McDonald's. See how long it takes to kicked out.

Go to mcdonalds and ask how much something on the dollar menu is.

Walk through the drive through at Mcdonalds and order something.

Go to McDonaldes and ask them for a cheese burger without cheese while driving backwards in drive in.

Go to McDonalds and ask for fat free fries.

Go to mcdonalds and order tacos.

Pull someone in a wagon through a McDonalds drive thru.

Start...
continue reading...
2
Katie Rost's Blog: When I Want It, I Want It!
posted by kaviarkitty 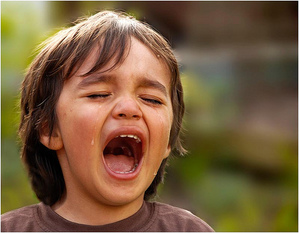 I was in a McDonalds recently, just about to get my happy meal on (head hanging in shame) when I witnessed something even zaidi disturbing than my total loss of dignity to a sugar/carb craving. There was a little boy in line ahead of me (who we will call Damien for the sake of this article) who had “a fit”. I’m not a child psychiatrist, but I did take a developmental psychology course at BU in 2001, so I’m going to go ahead find myself qualified to diagnose Damien with ADHD.

Damien’s mother had ordered a McFish Filet, which anyone who frequents McDonalds should know is going to take...
continue reading...
1
The TRUE Creator of The McDouble
posted by Whirlwind586
My friend has told me that his grandfather created the McDouble sandwich, sandwichi a long time zamani before McDonalds was called McDonalds. It was much bigger than it is now. That's probably because his boss aliiba his idea. My friend's grandfather quit because of that. Now he takes care of my friend with the help of his wife where I live. My friend isn't lying to me. In fact, he never has. This is the truth between the buns, covered in a sause of mystery and secrecy. Why is it secret? You're just gonna have to find out yourself.
Pokemon Is Not For Boys At McDonald's, It's For Everybody
posted by PeterMWou
hujambo everybody. Today, I'm gonna talk about why McDonald's promoting Pokemon toys to boys is what Pokemon's marketing outside of Japan when wrong.

Ugh. Why, McDonald’s? Why do wewe have to promote Pokemon toys to boys? Pokemon is not for boys. If wewe target Pokemon to boys, it’ll fail. That’s why The Pokemon Company International is not happy at wewe for releasing Pokemon toys to Happy Meal for boys. Pokemon needs to be promoted on its own. Not paring with a girl’s toys. Releasing zaidi girls toys to Happy Meals with Pokemon made Pokemon’s audiences Lost a huge chunk of girls. Pokemon...
continue reading...
1
My McDonald's Diet
posted by edsweet
Did wewe hear about John Cisna, the Iowa science teacher who Lost almost 60 pounds eating nothing but McDonald's for breakfast, lunch and chajio, chakula cha jioni for six months?

He set it up as an experiment for his high school biology class, and no one believed he'd lose any weight. But once he did, he made headlines around the world.

His inayopendelewa foods were the Egg White Delights and the bacon Habernero Ranch Quarter Pounder.