Love is a feeling
Quench my desire
Give it when I want it
Takin’ me higher
Love is a woman
I...
continue reading...
4
Is It True Love? (part 4)
posted by Baby_Michael 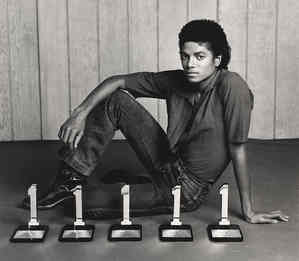 As I pulled up to the stage I saw Michael standing outside, looking at me pull up into the parking lot. He walked to the side of my car door and let me out. I kept my eyes on him the whole time and whenever I looked at him he looks at me with his beautiful glowing eyes and giving me the most beautiful smile no body could have aliyopewa me. He walked me in like we were a couple au something with his arm attached to mine and I looked at our arms locked together how I hoped they would. He opened the stage doors and took me inside to see all the crowd chairs ready to be sitten in kwa the crowd and...
continue reading...
MICHAEL JACKSON Molestation Talk Banned from Manslaughter Trial
posted by michael58
A judge has ruled that witnesses will NOT be allowed to discuss Michael Jackson's child molestation case during Dr. Conrad Murray's manslaughter trial.

L.A. County Superior Court Judge Michael Pastor alisema any testimony relating to the molestation case is irrelevant -- and would be distracting and misleading to the jury.

The judge also banned Arnie Klein from testifying -- after prosecutors argued the defense would try to blame the dermatologist for the death ... and take away attention from the man on the hot kiti, kiti cha -- Dr. Murray.
4
Michael Jackson someone pur your hand out Lyrics <3
posted by TheMoonwalker
Never try to talk about it
It's got to sound good to me inside
I just think about it

I'll be your story hero
I'll seranade in rhyme
I'm just needing that...
continue reading...
MJ's Vegas nyumbani -- mashabiki Can 'Walk Where He Walked'
posted by michael58
The nyumbani where Michael Jackson lived during his stint in Vegas is opening it's doors to mashabiki for the FIRST TIME EVER tomorrow to commemorate the anniversary of MJ's death ... TMZ has learned.

A rep for the nyumbani tells us ... "the Estate will be opened to the public, for the first time, for only four hours for those who wish to pay their respects and to mourn his loss on this, the sekunde Anniversary of [MJ's] passing, June 25, 2011."

The rep explains, "We will strive to give wewe a glimpse into his private life and home; to allow wewe to walk where he walked, to see what he saw, to breathe the same air that he breathed and…to be inspired."

We're told "strict security measures" will be in effect -- and water will be provided ... because it can get pretty hot in the desert. .

The rep adds, "Your messages of love, prayers, gifts and flowers will be lovingly preserved in situs until Sunday."
Michael Jackson's Death -- Two Years Later
posted by michael58
Today is the two-year anniversary of Michael Jackson's death -- and the saga has played out like a soap opera about betrayal, jealousy, love, greed and redemption.


When TMZ broke the news, it triggered a flood of stories about Jackson's struggles with drugs, the doctors who enabled him, the mystery surrounding his death, a little known drug called propofol, a family war against Michael's estate, a full court press to erase Michael's debt, and a posthumous marketing campaign to rival Elvis.

Take a look at TMZ's timeline from the moment we found something was terribly wrong with Michael.
3
All I need kwa MJ
posted by mjpeterpan 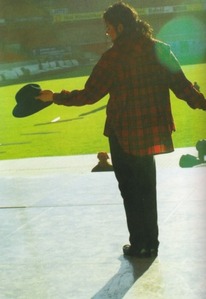 We drove close, closer and closer
And even though we’re almost there

Haz que me quiera
Como a ella yo
De...
continue reading...
1
Best Of Joy - Lyrics
posted by paloma97ppb
I gave wewe joy, your best of joy
I am the moon light, wewe are the spring, our life's a sacred thing
You know I always will upendo you, I am forever

I am a friend through thick and thin
We need each other,
We'll never part,
Our upendo is from the heart
We never say, "I don't need you"
We are forever

I am the one who alisema that you...
continue reading...
Jackson Estate 'Pleased' Discovery Pulled Doc
posted by michael58
The co-executors of Michael Jackson's estate think Discovery Channel did the right thing when they yanked a documentary from their UK schedule that was to feature a reenactment of MJ's autopsy.


A rep for John Branca and John McClain tells TMZ, "The co-executors of the Estate of Michael Jackson are pleased that Discovery Channel made the correct decision in choosing to cancel this exploitative program."

The co-executors went on to say they feel Michael's mashabiki played a large role in Discovery's decision, saying, "While Discovery cited legal proceedings and our request as the reasons for its decision, none of this would have happened had it not been for the incredible passion displayed kwa countless Michael Jackson mashabiki worldwide who knew they stood as one and that their voices could not be ignored."

As for any future plans to air the show, Branca and McClain said, "We are hopeful that this onyesha will never run in any market in the future."
michael jackson's new album review
posted by awsomegtax
ok so i got the new mj album inayofuata to the experience.
the album is amazing and hopfully some of the songs will be heard on the radio and the following now series. the album has 10 songs.
1. Hold My Hand (Duet With Akon)
2. Hollywood Tonight
3. Keep Your Head Up
4. (I Like) The Way wewe upendo Me
5. Monster (Featuring 50 Cent)
6. Best Of Joy
7. Breaking News
8. (I Can't Make It) Another siku (Featuring Lenny Kravitz)
9. Behind The Mask
10. Much Too Soon
well when i looked on the back of the CD it alisema 9 of the tracks were origonaly recorded and made kwa michael himself they were all finished kwa using parts of the songs and extending them au looping them.
this is a great album but im not so sure about number 10 it sounds just like him au maby it was all looped to finish
2
The one I love. <3
posted by mccalamccool
I upendo wewe zaidi than anything.
wewe are my moyo and soul.
To see wewe when I die is my goal.
There is no-one I can upendo zaidi than you.
wewe know it's true.
Why did wewe have to go?
I want all my upendo for wewe to show.
I need you.
This world is a better place thanks to you.
wewe are my life.
When wewe died I thought about cutting myself with a knife.
I upendo wewe so much Michael...
My moyo isn't broken...
I have no moyo at all without you.
When wewe died wewe took my moyo with you.
I upendo wewe the most and nothing will ever change that I promise.
wewe are the one I love. <3
1
Jackson Memorabilia Goes for Big Bucks
posted by michael58
wewe can get a pair of new gloves for like $20 -- au wewe could purchase one glove, once worn for Michael Jackson for six figures.

Other highlights included an x-ray of Albert Einstein's brain, which went for $38,750, and a pair of Marilyn Monroe's empty prescription bottles, which sold for $18,750.
1
The best from MJ for me!!!
posted by MJangellover
there are alot of things ,That I adore In MJ
but The best is He didn't wait for others to help the sick and dying people, he did it first and was
doing until his death, he visited espcially the sick children ,gave them toys,played them,Just i want wewe To Fancy how they were happy and me too
cause he wanted to change the world and he did it
although he was very busy with songs and tours,but
he went to them ,he did care about Them and us kwa spreading out the upendo ,peace and help,MJ I upendo You
very Much MY sweet Angel you're always inside and
my moyo god bless you,Rip!!!!!!
Michael Jackson's Lead Single -- 'Hold My Hand'
posted by michael58
11/11/2010 11:00 PM PST kwa TMZ Staff


The first new Michael Jackson single will be a duet with Akon -- a song entitled "Hold My Hand" that was originally leaked in 2008.

Epic Records/Sony muziki just announced the lead single off the upcoming album "Michael" -- and "Hold My Hand" will be released this coming Monday, November 15 on michaeljackson.com.

Akon and MJ recorded the track back in 2007 ... a raw, incomplete version was eventually leaked to the public.

The new album will feature a total of 10 tracks -- including the controversial "Breaking News" -- when it's released December 14. 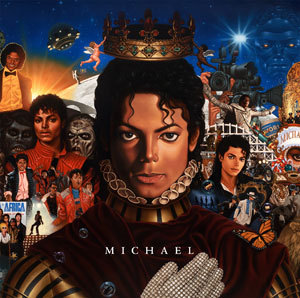 Joe Jackson: Why I'm Suing Murray for $500 Mil
posted by michael58
Joe Jackson is now revealing why he put a $500 million price tag on his wrongful death lawsuit against Dr. Conrad Murray. His theory -- "The zaidi wewe go, the less wewe get ... so I went high."


During Joe's interview with GOOM Radio -- in which sported some severely oversized MJ bling -- he alisema Dr. Murray was just "the fall guy" ... and that a lot of other people were to blame for his son's death.

Joe also took issue with our story that he was following Oprah Winfrey around like a puppy dog during her sit-down interview with the Jackson family earlier this mwezi ... but you'll have to watch the video for the lowdown.
4
Michael Jackson's Estate Has Generated $1 Billion Since.
posted by moulan
At the time of his death last June, Michael Jackson was reportedly deeply in debt and had agreed to sign on for an unprecedented 50-date run at the O2 arena in London, as a means of turning his financial fortunes around.

But thanks to a flurry of merchandising deals and a flood of nostalgia-fueled muziki sales, his estate has generated nearly $1 billion in the past year,Billboard reports via Reuters.

Billboard broke down the chanzo of that windfall, determining that nearly half of it came from the robust muziki sales following the singer's shock death on June 25, 2009. Jackson has sold 9 million...
continue reading...
3
Michael Jackson Tributes: From Performances To A Planned Museum
posted by moulan
The past mwaka has been full of tributes to the late King of Pop, Michael Jackson. From stars proudly wearing their MJ gear on the red carpet and onstage to celebrity DJs tossing in that extra taste of "Billie Jean" to get a late-night crowd hyped, the iconic singer's face and muziki seemed to be everywhere.

But, as Friday's one-year anniversary of Jackson's death approaches, we decided to take a look at the many public tributes to the musical icon, who died June 25, 2009, at age 50 on the cusp of what was expected to be a triumphant series of comeback shows at London's O2 arena.


In the days following...
continue reading...
Conrad Murray -- Friday Will Be An Ordinary siku
posted by michael58
MZ has learned Dr. Conrad Murray will go about his normal business -- seeing patients -- on the anniversary of Michael Jackson's death.


We're told Murray will not visit MJ's mausoleum Friday, because it will cause a scene. He will, we're told, pay his respects around that time, when no one is there.

Miranda Sevcik, the PR rep for Murray's lawyer, Ed Chernoff, tells TMZ, "Dr. Murray will be mourning privately. He doesn't want to distract people kwa reminding them of Michael's death. He'd rather people remember his friend, Michael Jackson, as he was in life
More Cards
1234567891011