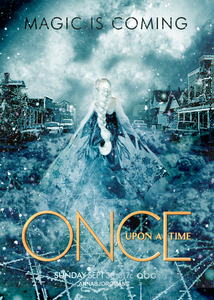 Season 4 poster
Hello Oncers. This is my first makala on this spot so let me first introduce myself. I’m Calypso but I go kwa Meeka and I bring an opinionated makala on the season 3 finale and some thoughts for season 4. So let’s not waste anytime shall we?

Even though I wasn’t a huge shabiki of Frozen, I’m actually pumped to see her in OUAT. Knowing Eddy and Adam they always make it good. I, along with many others apparently, think she will be Evil. I only think this because of the way she stormed out of that Barn, the way she took off her gloves, and I’m pretty sure that if I were stuck in a jar for who knows how long I’d be off to terrorize some people too. I do for some reason think that she and Regina will be at each others throats at some point. wewe know since they’re both Queens. Elsa might say something like, “Look here everyone I’m the Queen-” And Regina interrupt with, “Sorry miss but the only Queen with a well known reputation is me.” And then it’s on. But who knows. She could start brawling with Belle for all I know. (I highly doubt that though). My friend thinks that Elsa may have some beef with Rumple and that he maybe put her in that jar to begin with. And I think that sounds reasonable. Because I do recall Emma saying something to Hook when he was touching the jar, and quote, “Don’t touch anything! If Rumple’s afraid of this stuff there's gotta be a reason.” So maybe Rumple’s afraid of Elsa for some reason? Could be a possibility but who knows.
...And as I read the ukuta posts while kusoma this I see that Alchemistlover has the same Rumple theory… Awkward… She added this part too. If Elsa really does want to Kill rumple she added this in the tune of “Do wewe wanna build a snowman?” *Giggles* “Do wewe wanna kill the dark one?” xD I upendo that.

Seriously Rumple? “I’m going to change for wewe Belle-” Man forget you. I’m not going on with this except After this wedding Rumple, wewe had better get your shit together. That’s all I’m saying

Goddamnit Emma! I do understand that she didn’t want to leave Marian there to die but still like everyone was saying “What wewe do in the past can affect the future.” Obviously bringing someone back from the past counts in that saying. I fear that Marian will tell Robin that Regina was going to kill her and that’ll definitely put OQ six feet under. But one thing I want to know is, is Robin just going to Completely ignore what happened almost sekunde just outside of Granny’s? They just kissed, they just told stories about their loved ones. He cannot ignore that can he? If he does I’m going to be so angry at him. But honestly with the whole Emma bringing Marian back thing if I were in the same situation I would’ve done the same thing.

This was such a cute and touching scene. (Even though I’m still heated at Rumple). I loved it and I also upendo how during their little speech they showed the other couples. (OutlawQueen, CaptainSwan, and Snowing.) it was all put together so beautifully it brought tears to my eyes. I like how subtle it all was, no fancy clothing, no big crowd, just them. It was simply perfect.
This part was what made me get a box of tissues though,
”Sometimes the best teacup, is chipped.” That was so beautiful. (Still mad at Rumple though).


Emma getting her powers back

Totally saw that coming. They were not going to wait until the inayofuata season to get her powers back. It was predictable in my opinion. It only took her 3 FREAKING SEASONS TO REALIZE WHAT HENRY WAS TELLING HER!!! He wasn’t bringing her to only break the curse but to bring her home. But congrats Emma for getting your magic back, and ruining someone’s life again in the process. When she’s being a hero she’s always in some way being a pain in the glass to someone simultaneously.

I upendo Hook and all but it all seriousness this is what I felt like saying, “Fuck you.” And I’m not going in depth about it that’s all I got to say is “Fuck you.”

Except for bringing in Elsa, this finale was infuriating. They had better make up for all this in Season 4 that’s for sure.
On a scale from 1-10 I give this finale a 6.5
Not just because of the OQ destruction, but also because of how infuriating it was and how Emma was being and finally realized what Henry was doing in bringing her back to Storybrooke, Hook giving Emma credit for defeating Pan and Zelena, and Rumple basically being a coward and going back on his word. And something like zanhar1 said. Regina getting a shitty ending after all she did, but Rumple after what he did getting married. This finale minus the Elsa thing, was like a giant middle finger.

I explained much of it in the “Elsa” section.

-Maybe Elsa will freeze over Storybrooke?

That’s pretty much all I’ve got for theories. And I’ll just include some questions.

-What will happen to OQ?

-What will Marian’s fate be? I doubt death because Regina wouldn’t want to do that knowing Robin would probably hate her for it.

-What other new fairy tales will we see?
--Maybe Brave?

-How will Anna be introduced?


And that concludes this article.Please leave maoni as your feedback is very appreciated. Until inayofuata time Oncers, Stay Awesome. 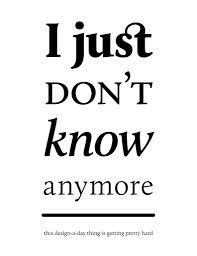 Yeup
Alchemistlover likes this
Alchemistlover First off thank you for mentioning me and my random comments I was so excited about Elsa I was theory cracking on what she may be like the entire night. I've heard rumors she won't be the main villain but just a anti hero who maybe wants revenge on Rumple as we've all said and the real main villain will be a surprise which I'd like because who doesn't like surprises? Rumple lying made me angry. I get why he killed Zelena in some sense but the fact that he lied during his proposal makes me a little sick and I'm not sure where the writers are going to take the character. The wedding itself was cute I agree the "sometimes the best cup is chipped" line made me smile.....a lot XD the fact that it was Archie was their minister and just Belles dad (I think that was him?) and the wedding was private was awkward but it made sense for them I think. You know what I'm just going to be wrote my own article soon lol maybe on season 3 in general.
XxLalasaysxX ^Thanks. Yea Rumple said he promised Neal he'd kill Zelena. So in my brain I'm like "Just ell them that you promised man!" But nope that'd be too hard. Yea Eddy and Adam are bound to do some crazy stuff to surprise us all and go WTF?!. I can't wait to see it ^_^
Diamond_Queen  “Do you wanna kill the dark one?” hahaha I died there xD I loved the finale but at the same time it had so many things that pissed me off! Nice article and OMG I can't wait for the bloopers! ^.^
Evilregal14 Does anyone know when the bloopers come out? I need them!
Diamond_Queen ^Same! I have no idea.
Alchemistlover I need bloopers i need to also know Robert Carlyle's and Robbie Kay's thoughts on that plot twist. And Diamond- thank you i do try XD.
XxLalasaysxX Thank you guys. Yea I bet they were both like what the duck? I need the bloops too soooooooo bad. They're my senpai! Just kidding, but I do need them. I feel like spongebob when they were at Sandy's treedome and he didn't have any water and was yelling "I NEEEEDD ITTT!" XD
Diamond_Queen ^^Haha you're welcome xD ^No problem:) Right! We need our bloopers soon, I've watched the Season 1 and Season 2 bloopers a thousand times lol
XxLalasaysxX ^So have I xD Do you have a favorite? 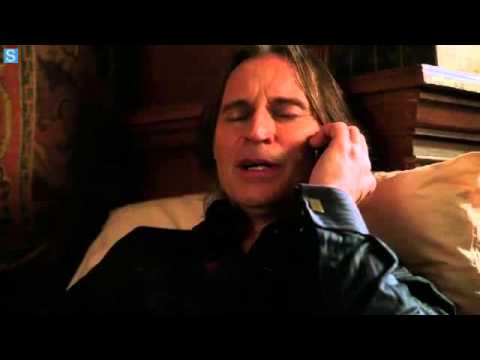 Once Upon a Time || Disney crack!vid part 1
added by Saejima
video
Once Upon A Time
fanvid
Disney
crack 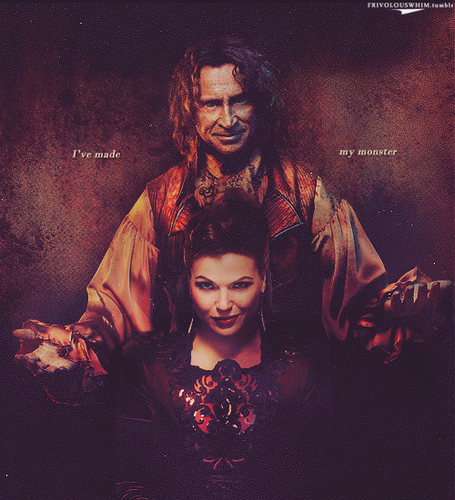 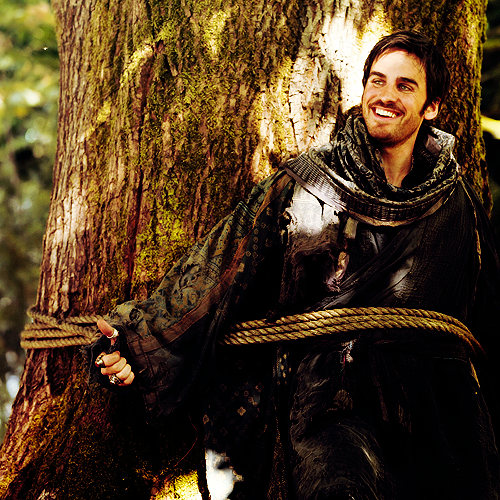 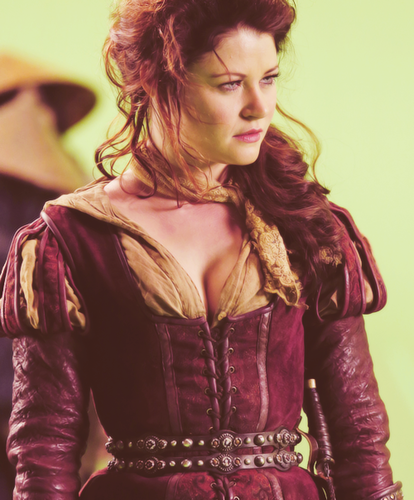 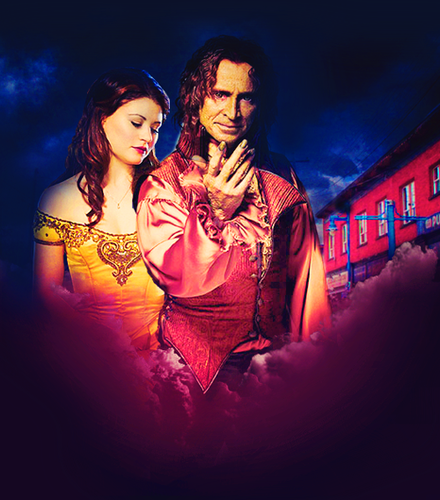 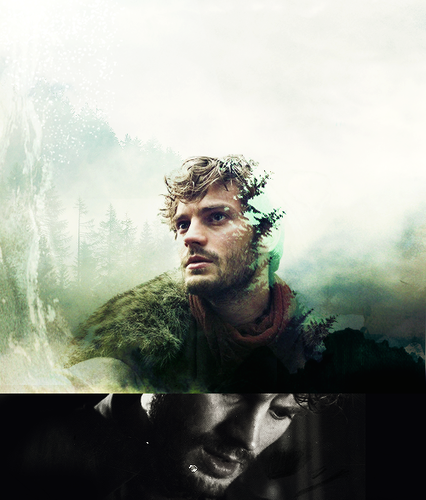 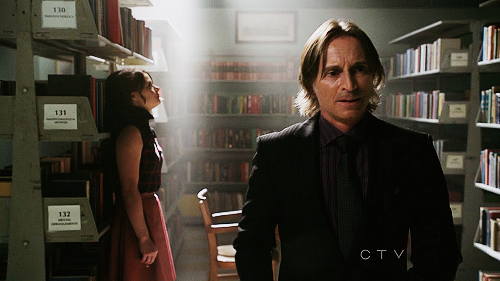 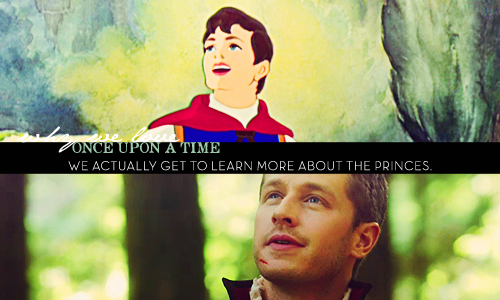 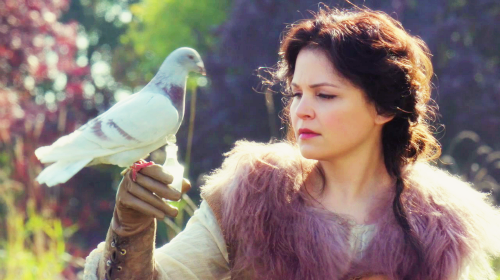 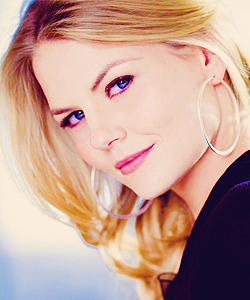 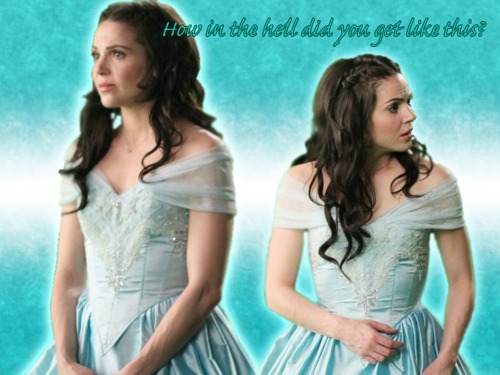