1
What Makes Him Beautiful -Part 23-
posted by ZoeyMalik28
I hopped out of the kiti, kiti cha on the airplane as soon as they alisema we could get out of this damn plane.

I glanced back,"Bye. Jess,watch your language,please. Ashley,take care of her language as well as yourself. Ali,just make sure not to let it get to you. Kay,loves. Bye!" I giggled as I started running towards Gilbert and Brenda

"You are such a slut! wewe didn't hug me!" Brenda chuckled,bringing me into a tight squeeze

"Yo,you're in the US. wewe sound all british" Gilbert nudged me

I glared at him,"I'm frickin british. If wewe forgot. Why do wewe have so many tattoos?"

I shrugged,"Whatever. HOW THE HELL ARE wewe ALL DOING?!" I groaned as some people glared at me. As soon as they did that,I flipped everyone off.

"DAMN IT,HARRY! DID wewe NOT UNDERSTAND WHAT HANNA TOLD YOU?! YOU'RE LYING TO HER RIGHT NOW! I'M GOING TO CALL HER!" Niall screamed,banging his fist against Harry's locked door

"NO! Till HANNA COMES BACK!" Harry whined

"Well,who wouldn't be frustrated when Harry's uigizaji damn right like a child?!" Zayn pouted,plopping down on the couch

"TIME?! We've aliyopewa it to him. We've tried every single fucking thing to get him the hell out of there!" Niall screamed

Harry shouted from his room,"I'M NEVER EVER GETTING OUT TILL HANNA COMES BACK!"

"Sh-" Cher was about to cuss as she tried getting in,but finally opened the door

I shrugged,"You all just need to chill and eat carrots. It must be hard for him since like every single siku they're together"

(A/N Could I get any zaidi stupider? Maybee..)

"NO! I ran out of food!" Harry screamed

Niall instantly shot up from the couch,"That means wewe have to come OUT of the room. And DOWN the stairs."

I chuckled,"Sorry,Hazza. I'm not doing anything right now"

"CHER BEAR! Do me a favor and-" Harry shouted

I heard Harry sigh. Then the door. THE FRICKIN FRONT DOOR!!! All of our eyes casted towards the front door.

Oh. Oops. Thought it would be Hanna au something. Well,don't ever get your hopes up.Lesson learned. Blah blah.

I wrapped an arm around her,"Hi"


"IS THAT HANNA?!" Harry screamed

I winced,"El,Hanna went to the US for 5 days. But Harry thinks she's coming back today..."

"You-you lied to him?" Eleanor questioned

Niall shook his head,"It's actually for Harry's good. Hanna and Harry are as tight as wewe guys when wewe see each other. NEVER out of each other's sight. It's adorable.Blah blah. Sure. But he got attached to her. He's cutting himself. Drinking. Stuff like that"

Eleanor's eyes widened,"Maybe..I could wewe know...get Jenna. Remember her? She looks exactly like Hanna. Well,besides the fact that she's a brunette"

I shook my head,"No. That would make him feel even zaidi worse"

"Slut! I wanna go home!" I screamed,pushing Brenda away from me

Brenda shook her head,"NO! This is for HAROLD's own good!"

"Shut deeee fuck up! We do cuss. We're not aliens,boy. I have to go! And didn't wewe notice when I first came,idiot?!" I tried kicking him

I shook my head,"Let me call Niall at least!"

Brenda released me. I snatched my phone from Gilbert's hands.

"Niall,I want to come home. But bitch, kahaba and fucked up boy won't let me" I hissed as I gave them a glare

Gilbert flipped me off,"You upendo me"

"Shut up" Brenda flipped me off as well

I sighed,"I don't know. Should I come home?"

"YES! Harry was cutting himself even though he swore on his life not to!" Niall whined

"WHAT?! I have to go nyumbani now" I started gathering my stuff quickly

"WOAH! Where do wewe think you're going?!" Gilbert stopped me

I slapped his hand away,"Home. You?"

"I'm not staying here. I have to get back to Harry. wewe don't know how much he means to me!"

"You are staying here"

"You call what wewe both have love? Cutting yourselves because wewe miss each other? Fuck that"

"What's your love,hmm? Kimmy just fucked wewe and she was gone. OH and right before she was pregnant. wewe arse"

Gilbert had anger in his eyes,"Don't talk about her like that"

"She never had any type of upendo with you,you idiot!" I screamed,starting to head out of the house

Gilbert stopped,pulling me towards him,"Kimmy loved me just as much as wewe upendo your fucked up asshole"

I stared into his dark brown eyes,"Don't ever call him that."

"I can call him whatever the fuck I want"

"I don't care if I'm related to wewe au not! But Kimmy was never in upendo with you!"

"You don't know anything!"

"Probably zaidi than you" I snapped

Gilbert slapped me across the face,"Don't talk about Kimmy"

"You are fucked up in the head." I growled as I hopped into the car

Gilbert stopped me from closing the door,"Leave the car at the airport. Leave the door unlocked"

I stared at him again,"Sure. Now get out of the way" I tugged at the door

He bit his bottom lip,"I have" He kissed my lips lightly

"Woah! Where the fuck did that come from?!" I stood up from the car,cornering him towards the karakana door.

"I..don't know. I guess I do upendo you" Gilbert shrugged

I slapped him,"You complete arse!" I screamed in frustration,heading towards the car. I slammed the door closed as I stood outside of the car.

I really wanted to know if this was really for his good. au mine. I put the keys in my pocket,banging my fist against the roof of the car. Damn it. Gilbert was watching me intensly.Okay,that was creeping me out. But whatever.

'Hanna Lloyd,Harry Styles' girlfriend,was caught in the US!' The perky lady on the stupid gossip news squeaked

I rolled my eyes,but still watched the dumb show.

'She was caught with two people. A boy and a girl. Who is this boy? Is it Styles replacement?! Well,let's see. This is a picha caught of them all' The lady pointed to the other side of the screen where there was a picha of Hanna hiding her face and this guy wrapping an arm around her,holding her close to him. I growled,becoming a bit furious. Then there was a girl with reddish brownish hair besides Hanna,staring at her phone screen as though nothing was going on.

The perkly weird lady came out again,'It is rumored that this is her so called cousin's boyfriend. But is this really Harry's replacement! Come here tomorrow for zaidi celebrity gossip!'

"Hanna,who's that guy who was with his arm around you?" I cut her off

"He was protecting me from the pap. They tried throwing a camera at me"

"What the fuck is wrong with them!? Get back home. Please. I need wewe now"

"I'm coming. Hold on. Gilbert! I'm going to leave the car unlocked with the keys under the seat. Understood?" Hanna's sweet voice squealed

"Idiot! He thinks we're together" I whispered/shouted as I put him on hold after I told him that I was coming home.

"He's not what wewe think he is"

"Shut up. Bye,Brenda! Bye." I made the window go up,starting to drive to the airport. I arrived at the airport. I grabbed my luggage.
(A/N Yes. I'm about to do some stupid shit and lose myself in the muziki with Marshall Mathers)

I went into the gate area. And slipped on my headphones. I went through all my muziki on my phone. Damn it. Oh. Eminem. Gotta upendo this fucking guy!


'look if wewe had one shot au one opportunity
To seize everything wewe ever wanted in one moment
Would wewe capture it au just let it slip?
Yo

His palms are sweaty, knees weak, arms are heavy
There's vomit on his sweater already, mom's spaghetti
He's nervous, but on the surface he looks calm and ready to drop bombs,
But he keeps on forgetting what he wrote down,
The whole crowd goes so loud
He opens his mouth, but the words won't come out
He's choking how, everybody's joking now
The clock's run out, time's up over, bloah!
Snap back to reality, Oh there goes gravity
Oh, there goes Rabbit, he choked
He's so mad, but he won't give up that
Easy, no
He won't have it , he knows his whole back's to these ropes
It don't matter, he's dope
He knows that, but he's broke
He's so stagnant, he knows
When he goes back to his mobile home, that's when it's
Back to the lab again, yo
This whole rhapsody
He better go capture this moment and hope it don't pass him'

A lady tapped my shoulder. I looked up,almost angry. "The plane is boarding,Mrs. Lloyd"

"Not married" I stuck out my ring finger. I started heading towards the plane,giving the ticket,and got to my spot. Damn,I felt so pissed right now. Gosh. Why the fuck did I feel like Gilbert was cheating on Brenda because of me? Why did I feel like it was my fault?!

I hopped off the plane and towards the exit of the airport. I called Niall,I was outside.

"Come pick me up"

I waited for 30 dakika and they arrived.

"Hanna" Zayn hugged me tightly as they all got out of the car.

Niall smiled,"You're back!" He hugged me so tightly I felt like I was going to die

My eyes casted towards Harry,who was staring at the ground.

Harry looked up,"Hanna"
MadisonFontenot likes this
MadisonFontenot AWWW!!!!!!!!!!! WRITE MORE SOON OR I AM GOING TO DIE! and then come back alive again to see if you made any new ones.....
ZoeyMalik28 @MadisonFontenot Haha. Okay,I have to see first. Haven't even had much time to login lately.<3 But since you all are awesome I'll arrange to see if I could make the new chapter soon!
my babysitter harry styles chapter 7
posted by kaitadam
The inayofuata morning

We're here now. Wake up yelled Liam from down stairs. Give us a little time to get ourselves ready alisema Harry. Then who is going to the hotel to find rooms alisema Liam. I will say carter jumping out of bed. Ok just put on some clothes alisema Liam. They walked out the door. Carter, did wewe get a good night sleep alisema Liam walking. Yes I did, and wewe alisema Carter. Fine Carter; wewe and harry need to go on zaidi tarehe and stop kissing so much alisema Liam. Ok. Can I arrange me and Harry’s room alisema Carter. Sure just no sex alisema Liam laughing. LIAM alisema Carter laughing. I upendo my little...
continue reading... 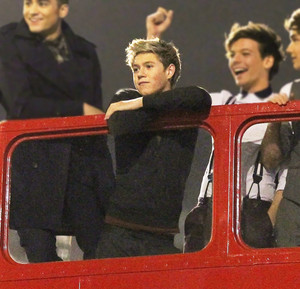 2
Zayn and Harry
added by Blacklillium 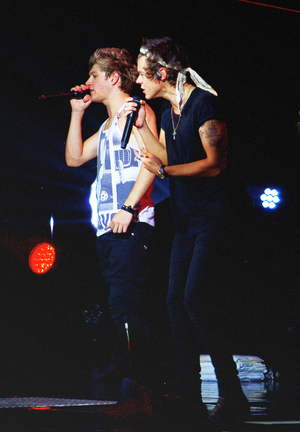 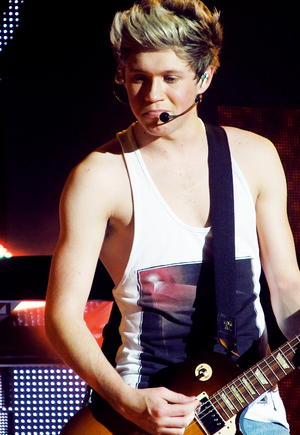 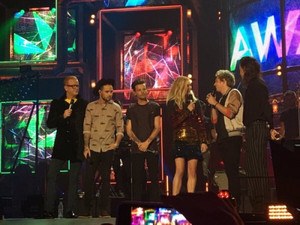 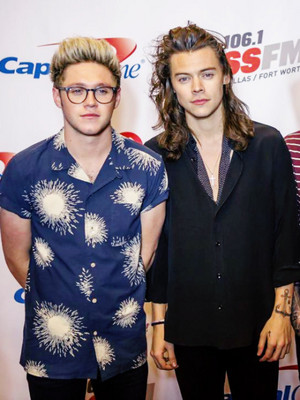 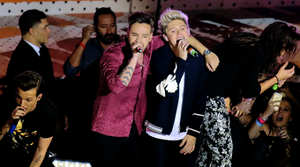 Verdict On Little Mix's New Song 'Love Me Like You'
added by Blacklillium
Source: liammix 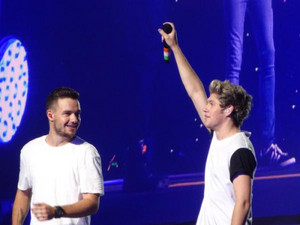