Shameless nyota on "Teen Murder" Bid. [Kaya being a witness to bf's case]
posted by underthestarsx
SHAMELESS nyota Elliott Tittensor was under arrest last night on suspicion of attempted murder after a lad of 18 was run over and BLINDED.
The actor - Carl Gallagher in the Channel 4 onyesha - is alleged to have deliberately aimed his sporty BMW Z4 at him and then driven off without stopping.
Tittensor, 20, gave himself up at a police station an saa later and is believed to have passed a breath test.

The drama unfolded at 2am yesterday after Tittensor and girlfriend Kaya Scodelario - Effy Stonem in teen hit Skins - went to a McDonald's in Kentish Town, North London.

Doctors at the nearby Royal Free Hospital first feared the teenager might die from head injuries. He is now stable but is believed to have Lost the sight in both eyes.

Read more: link
8
Kaya <3
posted by AudreyLover
On Nick:
"I got linked to Nicholas Hoult when he was in Skins. I was 14 at the time and played his sister! For the record, I’ve never been married to Nick Hoult. I did go out with Jack [who plays Cook] for a mwaka and we were open about that in the press. Filming is an intense environment so it’s natural that relationships happen. We had a good time and I loved him a lot. He was a great first upendo and we’re still good mates, which is amazing considering most people hate each other when they mgawanyiko, baidisha up. I was nervous about working with him after we mgawanyiko, baidisha but it was amicable so we slipped back...
continue reading...
15
Synposis of the First 2 Episodes of Series 4
posted by SwarlsBarkley 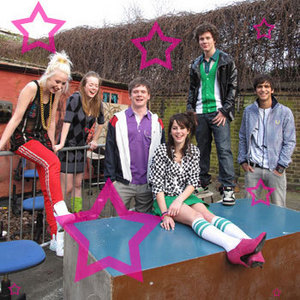 4x01 - Thomas
The award-winning drama returns for a fourth series. Cook (Jack O'Connell) is enjoying a summer of debauchery, while Freddie (Luke Pasqualino) is learning that upendo can take wewe to the edge of sanity. The gang are enjoying themselves at one of Thomas's (Mervielle Lukeba) club nights until an accident at the club leaves Thomas feeling responsible. He is shocked into questioning his role within society and feeling alienated from his peers, he turns closer to God and the African community - and in doing so, isolates everyone around him.
Writer: Jamie Brittain; Dir: Neil Biswas; Prod:...
continue reading...
9
shabiki of the mwezi Winners
posted by gossip-girl999
Well the picks have closed and here are the winners to the shabiki of the mwezi catogries. Just to say thank wewe to all who entered the kura za maoni and everyone who added themselves. If wewe want to be nominated for inayofuata months shabiki of the mwezi then go to the foramu post and post your entries.

Congratulations to the winners =D