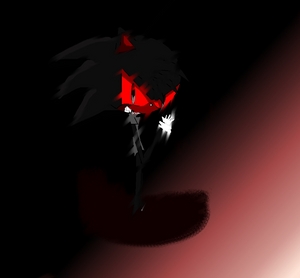 X is a failed ultimit weopon project created kwa professer Amp the wolf. He doesn't wish to be in the ultimits team since he says he is to strong and smart to jiunge them. But he did seem to have good conections with Melody (Melody inaonyesha abit of upendo intreast towards him). X is not a compelet robot though, he is a cyborg. As strange as he is, he is accualy very strong. And don't think he is a good guy too, he is still very evil. A rumor say's that when Amp created him, a peace of Amps evil soul got into X when Amp cut his finger on the end of a wire that he accedentaly pluged into X's lifeless body. Now, X is trying to control the intire univers kwa using the light stones, and chaos emrald's. Ziv, his servant, is used for smashing anything, au any one out of X's way. X is the final boss and first boss (he goes easy on Eva thinking it will be to easy to beat her to a bloody pulp; but at the final boss, he is tiered of Eva's cocky attatoud and uses his best power levels on her) for the game: Eva the purple rose: Battle for the light stones. His first apperance in the game was when he kidnaped Kayanna the dragonfly bugrian to abtian the light stone she holds. But Eva defeats him and he releases Kayanna. He maybe detrmand but he now knows that Eva is stronger than him, so, with disapontment, and a uchungu, chungu mind, he retreats. He has not seen the other ultimits for along time, but, he did one day, litteraly, ran into Melody. When Melody looked up, she saw that it was X offering his hand to help her up, with rosey red cheecks, she takes his hand and gets pulled back up. They then on that day, desided to walk with each other. To end the day, they went to a mountian juu that showed a good veiw of the forest they where walking threw. But it was getting late, so X offered to run her back home, but this time when he tries to pull her up he slips and lands ontop of Melody! With red cheecks they songesha away from each other and aplogize to each other at the same time. Melody then thought that he would be inbarest to run her back nyumbani and says she will just walk back, but X suprised her and picked her up. And carried her like she was a danzel in destrease all the way back to Amps labratory (or house). She thanked him with red cheecks and walked into the house. But X isn't always like this with girls. Cause a week after that, he had heard of a rumor about a part imortal and part mortal, powerful, and crazy little girl living in the basment of an old masion. Since he makes legends and scary rumors come to life, he desided to go to the mansion. And when he gets to the basment, but it had a celler door operated kwa a rope. He lifted the rope up to open the door... but he made a terrible mistake. When Merlanda crawled up the stairs, he did help her up, but she then used nightshade ball on him when she got back up on her feet. "I freed wewe and wewe do this?!" He alisema as a joke, Merlanda then begian to laugh at him, "Fool, wewe think I trust you!? No one can be trusted! Everyone is a big liar!!!" She alisema with an evil and crazy looking smile on her black skin for her mouth peice. She then lunged at him and tried to bit him, but he used bloody legends on her and she was shot back to the wall, "That wasn't nice!" She alisema with a laugh. He knew she was to strong for him so he retreated with uchungu, chungu thoughts of her running threw his mind. And it is unlcear which family X came from, au what his acual name is. That is aparently the only simalarity he has with the other ultimits. 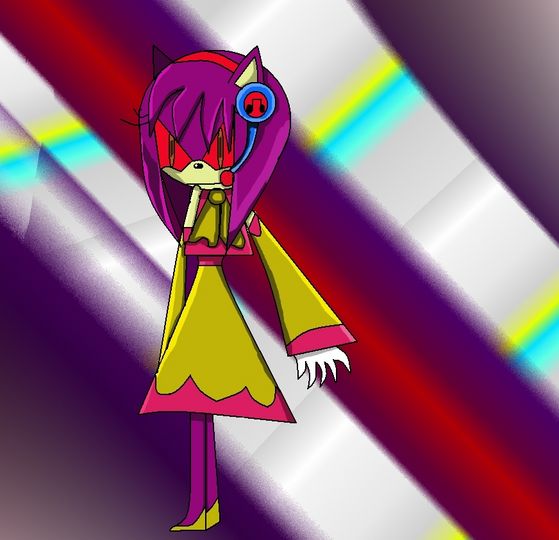 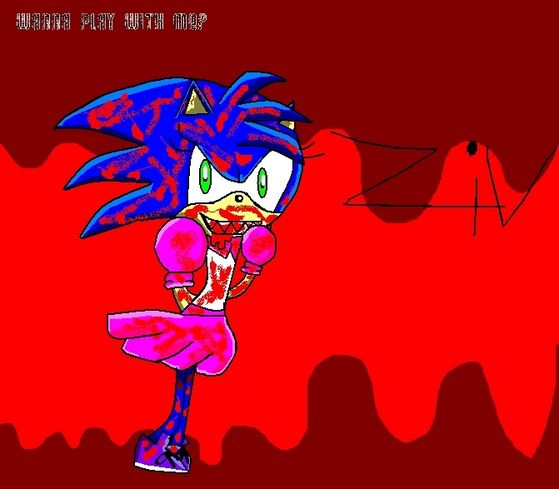 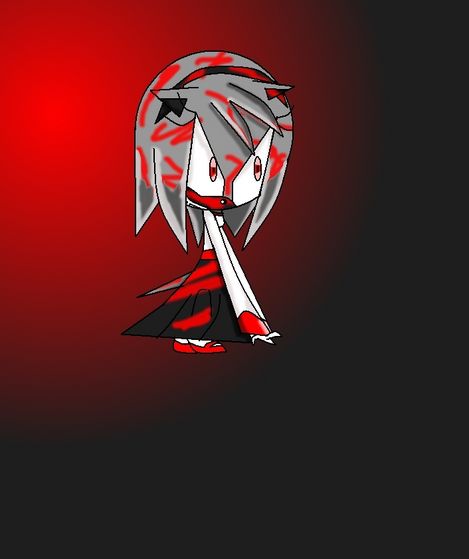 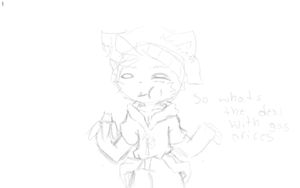 whats the deal?
added by CylinShinhoster 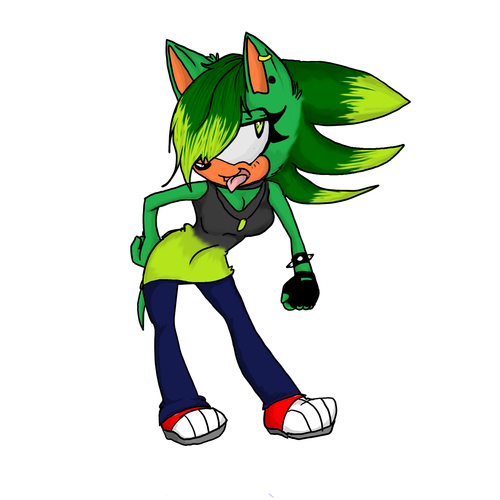 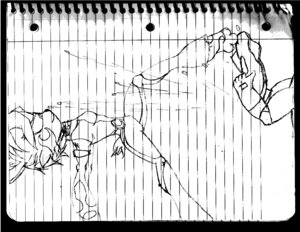 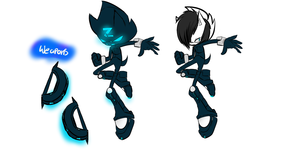 1
Kevin The Hedgehog
added by abbythesheepdog 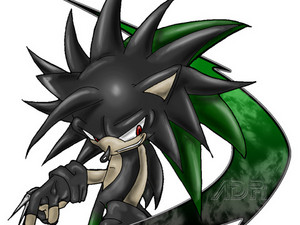 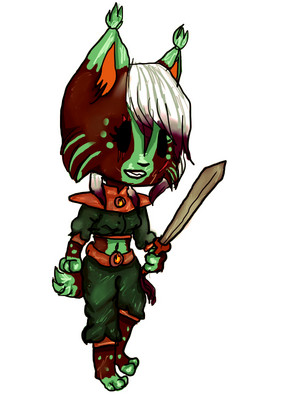 Chibi Tiber the Bobcat
added by smartone123
Source: me 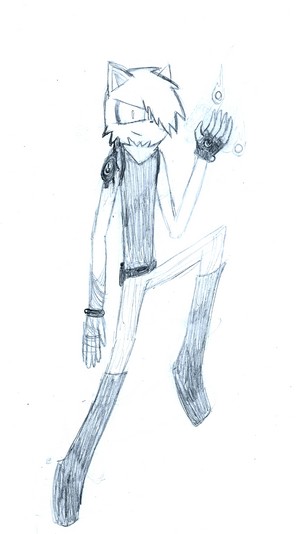 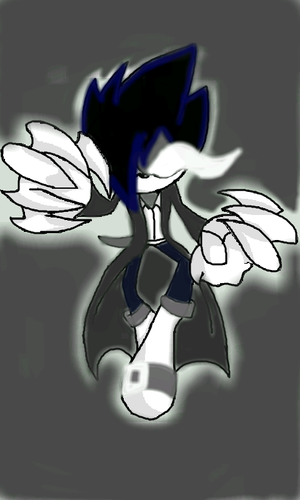 Surge the Hedgehog
added by blazecat713 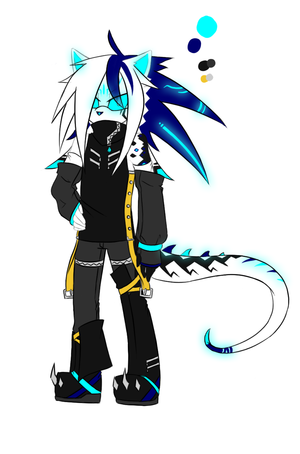 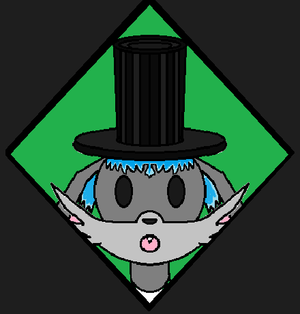 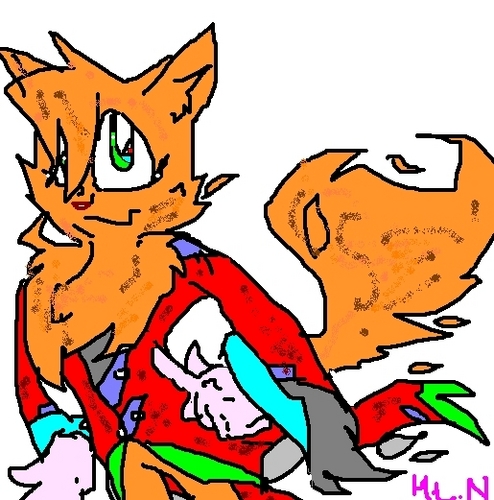 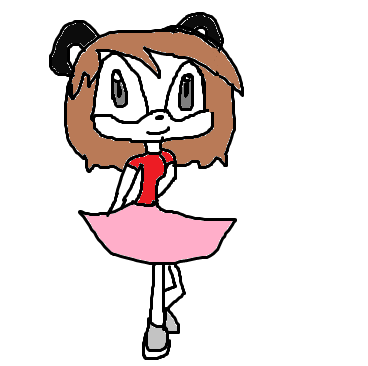 1
Request for domolover9 jewel the panda
added by blossom1111
Source: to me
1
The Scarlet Hand Murder Club: Set the Stage Chapter 1
posted by Agent-004
It is midnight and a young man comes nyumbani from a long party. He enters the house and calls out a woman’s name…he gets no reply. He cautiously enters the bedroom and sees no one there. He notices the bathroom lights are on, and goes to investigate.

When he enters the bathroom and stops short in front of the bathtub, staring at the woman whose name he had been calling, dead in the bath.

The story beings with our protagonist, Garinina, asleep. She is awoken kwa a phone call. She looks at her clock, which reads “3:37 a.m.”

Groggily, she wakes up to answer the call.

Garinina Blue: “What...
continue reading...
3
A gift to five awesome people. P:
posted by MephilesTheDark
Hello, I’ve decided to be randomly nice to five of my online friends. Why? Because I’m a nice person. Feel free to do something like this for your own friends, of course!

Basically I’m gonna write what I think about five of my friends, without saying who it is. Feel free to guess who one is! Now, let’s get started, shall we?

These are in no particular order.

1. When I first met you, I’d no idea what wewe were like. I wasn’t shy, of course- I like to be open to people when I first meet them. I’m really glad about that, because otherwise... I’m not sure if I’d know you. And that...
continue reading...
~The plot thing for the Aero RP~
posted by FeraligatrGuy
(So I tried posting a RP a little bit ago... However when I tried uandishi the plot, The text got cut off... so I'm going to post the plot in the form of a makala and link it to the RP...)


So your FC is causally strolling through the woods for whatever reason(Fill in the blank, it's YOUR FC after all...) when they walked towards a rather foggy section of the woods, he/she saw the trees that were made of solid diamond. He/she pressed on despite it getting harder and harder to see his/her surroundings. they followed the trail of diamond trees because they shined brightly through the fog. it felt...
continue reading... 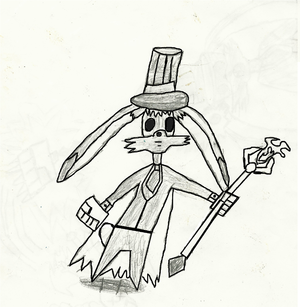 Another Aero sketch that I had lying around...
added by FeraligatrGuy
The Addiction, The Denial, The Infection
posted by TakTheFox
You don’t know what wewe get yourself into, and the worst part is that wewe never can see au feel how it hurts wewe until everything is over, until that moment when wewe go too far happens and wewe realize what wewe did. And so wewe promise that it’s over, but over time wewe go back to it, slowly and assuredly. Then you’re caught, au wewe reach your again, and wewe say you’re done again. Then wewe say that you’ll make sure not to slip up, but eventually wewe do, and it becomes normal. And over time it’s all wewe can think about, and even if wewe don’t want to do it, wewe end up putting...
continue reading... 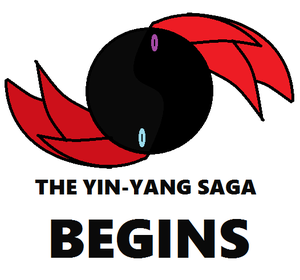 June 15, 3415:
"A meteor struck last night, in the rubble I found a small pitch black creature it seems to have no facial features except eyes, one blank and the other has a plus-shape pupil. The creature also has a bright blue aura around it whenever I get near it (which is most of the time as I keep it in a cage in my room for observation purposes). I can't seem to tell if it likes me as whenever I put my hand near it, it gives me a blank glare and sometimes I feel as if it's observing me as well. I'm thinking too hard about this, I'll resume studying it in the...
continue reading...
More Cards
1234567891011