7
shabiki Fic Part 1
posted by HorrorFan101
Dean’s eyes snapped open as he jumped back into reality. He lifted a hand and ran it through his hair, and turned over to see the cheap motel clock. He sighed. It read 3:21am. He knew it was no use trying to get back to sleep for at least another half hour; once the nightmares had been planted there, they tended to stick around for at least that long, sometimes a few days...which meant a few days even less sleep. He pulled his arm from the covers and felt his way to the floor, grabbing his trusty whiskey bottle that was lying just under the bed. Knowing all too well kwa the feel of it that it was pretty much empty, he picked it up anyway and sat up, glancing over at Sam’s kitanda a few feet away, then stopped dead.
Sam’s kitanda was empty. Again.
Dean hated jumping to conclusions about his brother, especially when they weren’t particularly good ones, but this was the sekunde time in the last couple of months that he had caught Sam doing this. There was something off about it, and Dean didn’t like the ukuta of mistrust that seemed to be building higher and higher between them since he’d come back from Hell. The two way mitaani, mtaa that had felt so secure and familiar now appeared, to Dean, to be only one way, with him revealing things to Sam and not receiving any in return. It had been a good few weeks since Dean had finally got the courage to tell Sam the truth about Hell, and, to be fair, he had listened to Dean’s stories and been there when Dean had woken up in the night...well, most of the time, Dean thought darkly, glaring at Sam’s empty kitanda as if doing that would make him stroll through the door at any aliyopewa minute.
Dean had never been awake when Sam had returned from these mysterious trips, although it would be very possible for him to do so. In all honesty, he wasn’t sure he wanted to know where Sam went, and whenever he did ask him, he never got clear answers. He was sick of it. He unscrewed the lid to his bottle and took the last swig of it, then lay it on the floor again and lay down, trying to clear his head.
inayofuata thing he knew, sunlight was peering through the thin slits in the curtains where they hadn’t shut properly, and Sam was waking him up.
“Dude, get up. We’ve got to go. Interview? With the sheriff? Ten o’clock? Ring any bells?”
Dean rubbed his eyes and glanced at the clock beside him again. It read 9:15am. He looked away from the clock and turned to look his brother in the eyes.
“Where were wewe last night?”
Sam’s face dropped a couple of notches that only his brother would notice; he was very good at lying – after all, it was part of their job – but Dean knew his face too well to be fooled kwa it. Sam’s expression recovered in a mgawanyiko, baidisha sekunde that anyone else would have missed.
“What? What do wewe mean?”
Dean wasn’t in the mood for this. He’d had it for months now. “I mean wewe taking a little trip somewhere at three in the morning Sam, that’s what I mean.”
Sam caught his brother’s tone and sensed he was pissed off immediately. He looked down.
“I went out to get some fresh air, I couldn’t sleep.”
Yeah, wewe and me both, Dean thought.
Sam looked up at his brother at the tone of disbelief in his voice. Why did he always have to do this? Was he looking for a fight? Sam met Dean’s eyes and regretted it; he hated that look Dean pulled sometimes, a mix between sucking on a lemon, limau and the sting of betrayal. Truth be told, Sam really had gone out to get some fresh air last night, but not quite for that reason. He thought fresh air may help his hunger, au at least distract the yearning in his gut. And it had, to an extent.
But only to an extent.
headprankster, 27-5 and 5 others like this
Harrypotter148 oh! write more! - is this based in season 4?
HorrorFan101 This fanfic is set mid Season 4 by the way guys :) ^^
hannahhogan love it! I can't wait for the rest! :D <3
TeeFly This is great so far! :)) Can't wait to read more!
27-5 1 word .... superb brilliant job dear ;) can't wait 4 the next 1 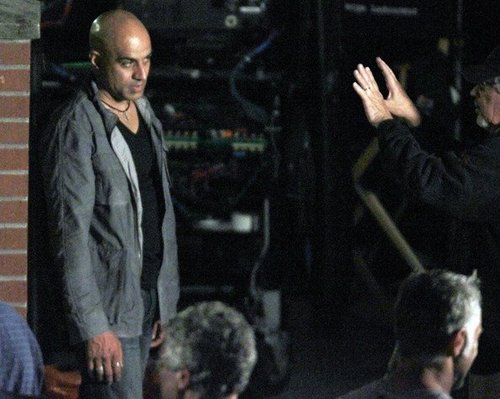 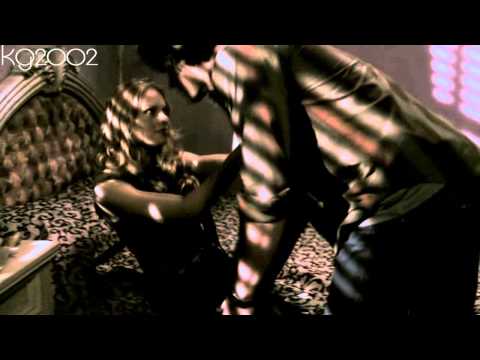 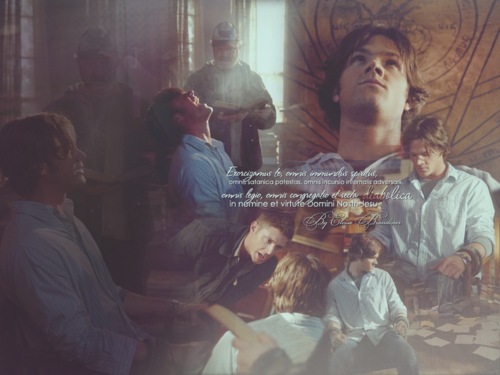 1
sam
added by az0965022
Source: tumblr
1
Three's a Crowd chapter 12 Leverage (6/10)
posted by HaleyDewit
Meg opened the door of her motel room and pushed Claire inside. They had introduced their selves to one another while shopping for hair products.
“Sit down” Claire ordered and Meg raised her eyebrows. “I can’t dye your hair while you’re standing”
“You know how to do it, then?” Meg asked careful. She wasn’t vain, but she didn’t want to look like an idiot either.
“Please, I’ve done it a thousand times” Claire insured Meg. “You can trust me”
Meg reluctantly sat down on a chair and Claire unpacked the hair dye shampoo. She prepared the shampoo and then went standing...
continue reading...
4
Marked- Chapter Four Part One
posted by SarahtotheCore 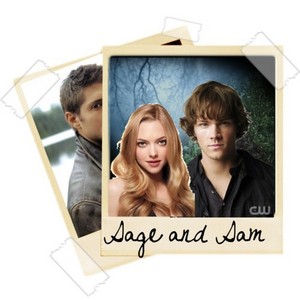 The new Sage...
AH! SOMEONE NEEDS TO smack ME OVER THE BLOODY HEAD! No my loves, I haven't forgotten you... but my life has been hectic. I think it has slipped my mind because Supernatural isn't in my mailbox anymore :(

Now that I am just now back... EVERYTHING is a bloody shabiki fiction. I thought I was special :( Aw. Oh well, as long as people use grammar and spelling- I'm happy :D

This, my dear, beloved, patient readers... is going to be long... and epic.

As wewe found out in the last few lines of the last chapter, the main character, Sage, is one of the yellow-eyed demon's kids/followers... whatever they are...
continue reading...
5
shabiki Fic Part 4
posted by HorrorFan101
“So what do wewe think?” Dean looked from Sam to the open files spread on their motel dawati and back again, salama to hear his brother’s theory now they were in the privacy of their room.
“Honestly?” Sam said, skimming a piece of paper, flicking it back to another one, then back to the first again. “I think it’s some kinds of vengeful spirit. Maybe these women did something to cause au contribute to their sons’ deaths... I mean, both victims’ throats were slit, cleanly and quickly. Maybe their ghosts are back to remind them of it...”
“...and kill them for it. Okay, interesting...
continue reading... 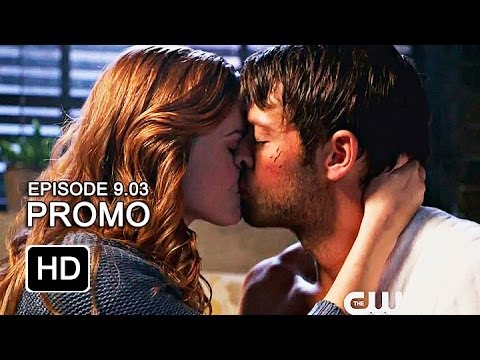 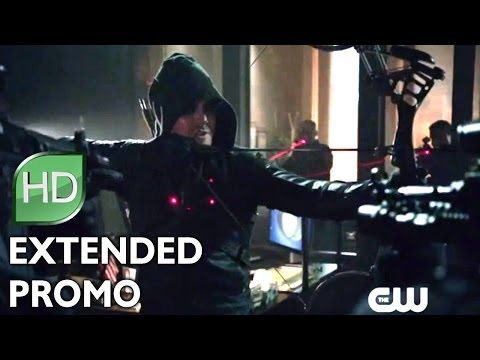 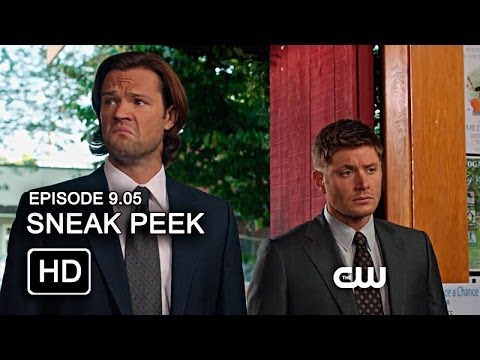 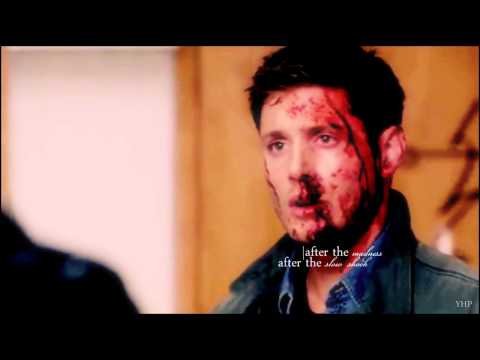 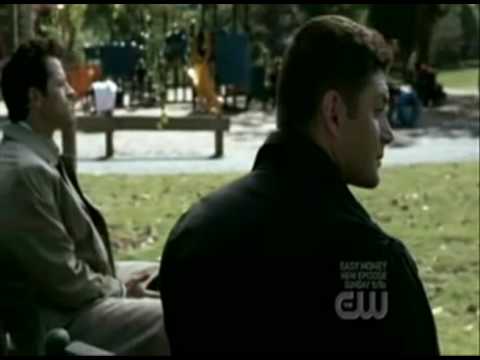