1
The View July 31st Recap
posted by princessfelicia
Again today it was just the four hosts, with Barbara Walters absent. The first topic was how humid it is in NYC. Sherri Shepherd alisema that NYC is the only place where with the humidity wewe wake up wet. Whoopi said, “If wewe are lucky.”

Then Whoopi alisema that that they received a letter from a spokesperson from the Barack Obama campaign that the allegation that Obama allowed his prayer to be published was completely false. They didn’t discuss it and left it at that.

There is a new McCain ad about how Obama is a celebrity, which features Britney Spears and Paris Hilton. Whoopi thinks is it a little bit offensive because Paris Hilton has been in jail and the drunk tank and Britney had some mental illness. She alisema if he wants to compare him to a big celebrity, they should have chosen Will Smith au George Clooney. Elisabeth thinks the ad is successful because we are talking about it. Elisabeth alisema wewe learn from it that Obama will increase taxes. She added that Obama was on Access Hollywood. Whoopi alisema that is not the point. Elisabeth alisema to let her finish. She alisema he is on People Magazine inayofuata to Lindsay Lohan.

Sherri Shepherd alisema it was “very very high school” to use what people consider to be two “dumb” watu mashuhuri who both have criminal records. Joy Behar alisema that we upendo watu mashuhuri in this country and calling him a celebrity is not an insult. She alisema that it seems like McCain is jealous of Obama’s celebrity. Joy alisema that there are people who read those magazines. Elisabeth admitted that she loves celebrity weeklies. They showed a picture of Wilford Brimley with McCain and Joy ametoa maoni that is the level of celebrity he can get au something to that effect. I could not quite catch it because Elisabeth started on one of her inayopendelewa topics, “If wewe want to talk about friends, let’s talk about Obama’s friends.” Whoopi (or was it Joy? I cannot keep up very well when they argue so quickly) alisema that is not the point we are discussing. The audience vocalized negatively when Elisabeth started naming people linked with Obama. She alisema that she doesn’t care if people are turning on her and wewe can only have one opinion in this country right now, but she will continue to give her differing opinion. Whoopi told her not to go there because she got burned kwa not having the right opinion in the past.

Then they all argued about the candidates and whether McCain au Obama are flip-floppers, the same argument they have had several times in the past. Joy alisema that McCain is a kichaka clone and Elisabeth alisema that Obama has turned against his base who got him elected. Sherri asked, “He is turning on Black people?” Elisabeth explained she meant the extreme liberals, not Black people. There was zaidi arguing and then Whoopi alisema that no matter who gets elected, wewe have to know that your taxes will go up.

When they returned from commercial break, Joy told Whoopi to tell everyone that they aren’t mad at each other. Whoopi alisema that they are respectful of each other as people and don’t carry it on past the conversation. Sherri alisema people don’t want to hear the explanation, they only want to onyesha the fights.

Ludacris released a song called “Politics as Usual,” where he criticizes Bush, Hillary Clinton, McCain, and Jesse Jackson. Joy then “rapped” the song. She alisema it was a “sad, sad rendition.” Elisabeth alisema Ludacris is crying right now, but Sherri thinks that he is smiling.

Johnathan Rhys Myers alisema that watu mashuhuri should quit whining about privacy because they knew what they were getting into. Whoopi alisema that she doesn’t know if he has kids yet au if he has the celebrity where people invade his personal space and prevent him from going to the story. Elisabeth alisema that there is a sick obsession with watu mashuhuri and their children and soon the magazines will publish ultrasound photos. Joy alisema that some watu mashuhuri wewe don’t see on magazines. Elisabeth alisema it is based on who sells magazines. Whoopi alisema so many things get out of your control and wewe don’t anticipate a lot of things that happen to wewe with fame. Sherri alisema that it is hard with Jeffrey because people want to touch him, but he has sensory issues.

Whoopi and Joy will be appearing together to do stand-up in “Girls Uninterrupted,” which was named kwa Steve. The onyesha will take place at the MGM Grand Theater at the Foxwoods Resort Casino in Connecticut on September 13th.

They showed a segment of behind the scenes of Whoopi’s work on the Broadway onyesha Xanadu.

Pamela Anderson appeared on the onyesha to promote her new televisheni series Pam: Girl on the Loose. Joy alisema that Pamela is a “regular girl” in that she has no nanny, no publicity, and colors her own hair. Elisabeth alisema she has had a rough few years, with marriages, divorces, annulment, and a health scare. Pamela alisema why she is attracted to these man goes back to her dad and she is her mother. Sherri asked her how she looks so good. She alisema a lot of make-up and that chasing her boys around keeps her thin.

Whoopi “tipped her dred” to Pam for not including her children in the show. Pamela alisema she is an exhibitionist and loves performing, so the reality onyesha was a natural step. She likes getting older and is taking zaidi stock of her life in her 40s. Joy asked her what will happen when the men won’t be drooling over her in her 50s. Elisabeth and Whoopi alisema that she will be hot for a long time. Joy alisema to be real and that there is a cut-off and wants to know how she will react to that after having her career based on her appearance. Pamela feels sexier now zaidi than ever.

They showed a clip from her onyesha where she had a big sale of a lot of her stuff. She gave the money to PETA. She alisema she didn’t know that Tori Spelling had a yard sale in the first season of her reality show. Joy alisema that is a different kind of show. Pam alisema she hasn’t seen it.

Sherri asked Pamela how she and Tommy get along, asking for advice for how to deal with her soon-to-be ex-husband. Pamela joked, “Sleep with him.” She said, in reality, she and Tommy are like an old married couple — they live together and don’t have sex. She alisema she is living at his nyumbani while he is on tour and her nyumbani is being worked on. She alisema that she and Tommy are best Marafiki and wewe never know what could happen. She became a United States citizen (she is from Canada) and this mwaka will be her first Presidential election. She said, “Obama!” then alisema “Sorry” to Elisabeth. Elisabeth alisema she respects that.

Toby Keith was also on the show. He has produced a “southern comedy” film called bia for My Horses. He alisema he would maybe like to do a film every other year. Growing up with his grandmother who ran a chakula cha jioni, karamu club with a 10 piece band changed his life and started his interest in music. Toby alisema he is on his own island in that he has own record label and has never been Nashville’s poster boy. He just came back from his 6th USO Tour overseas. Elisabeth alisema that is the best gift he can give to the guys over there.

Toby then performed his song “She never cried.”
othfan4eva likes this 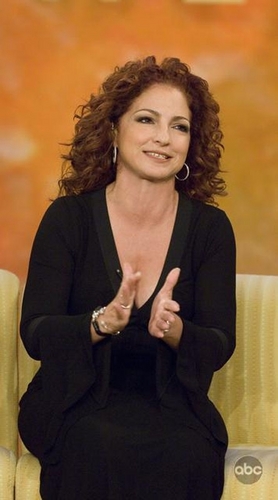 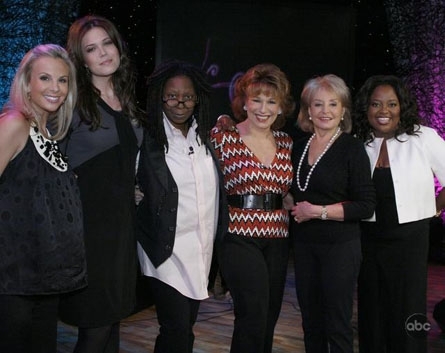 Group Photoshoots with The Hosts of The View
added by princessfelicia
Source: Felicia Goldberg 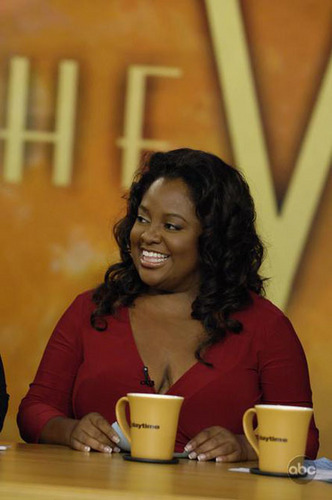 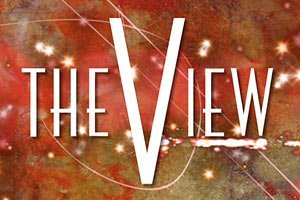 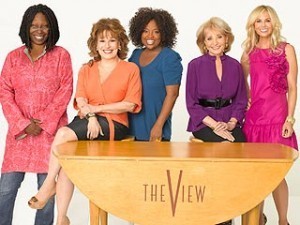 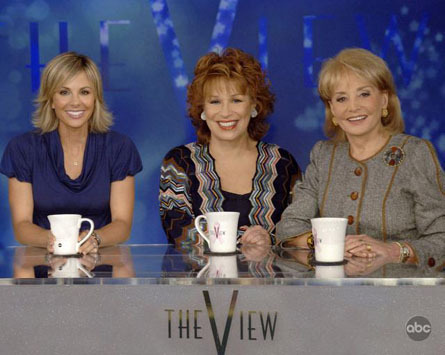 Jennifer Aniston on The view (june 2, 2006) part 2
added by princessfelicia
video
the
view

Kathy Griffin on The View
added by princessfelicia
video
the
view

Rosie, Joy and Eli fight on The View
added by princessfelicia
May 23rd, 2007
video
the
view

Mariah Carey - I only wanted, on The View
added by princessfelicia
video
the
view

Alicia Keys on The View
added by princessfelicia
video
the
view