1
Total Drama High Ch.6
posted by xcv_2013
Last Time on Total Drama High:
Chris explained to everyone that Duncan's younger sister,Brooke, has been thinking about dropping out. He also announced to everyone's surprise that she has also turned emo. There were some confessional entries from Trent inaonyesha signs that he's pretty into her. What shockers will happen today on TOTAL DRAMA HIGH

Trent & DJ started heading to the gym for the class they had,P.E. "Well, how hard can it be to convenice a 15 mwaka old not to drop out of High School?" Dj suggested. Trent smiled & said," I know. Besides, she knows us & she's our friend. So it shouldn't be that hard!" Trent said. Suddenly they hear a girl scream in the gym. They both looked at each other & ran to see what was happening. They saw that the 40 mwaka old gym instructor,who use to be a drill instructor, being thrown on the ukuta kwa a little girl with the same outfit the picture of Brooke now. He fell to the ground & soon the girl got on his back & got him in a head choke. "AM I STILL GETTIN A F?!" The instructor only was hitting the ground which to she replied only tightening her grip on his neck.
*confessional*
DJ: That can't be... Is it?
Trent: THAT'S BROOKE?!
*end confessional*
"ALRIGHT!!! wewe HAVE AN A!!! wewe HAVE AN A!!!" the drill instructor yelled. The girl let go & turned away. "& that's how this emo girl gets what she wants in life." she said. DJ & Trent stared with their mouths open. She spotted them & froze. "Aw man! wewe guys saw that?!" she asked. The shook their heads."Well there go's my good girl image." she alisema looking down. DJ finally managed his words & said,"Hey Brooke! I hate to ask a favor on the first day, but um, PLEASE DON"T KILL ME!!!!" he yelled begging on his knees. Trent looked at him in a weird face.
*Confessional*
Trent: This apparently will be harder than I thought.
*end confessional*
Brooke walked over slowly & patted DJ's head & said,"Don't worry big guy. I won't" then she had an evil look on her face,"FOR NOW!!!"
*TO BE CONTINUED*
Broccoligirl likes this
xxXsk8trXxx HOW ABOUT THE OTHER CHARACTERS?
Lolly4me2 Sofie: Is she going to attack me while I sleep for touching her? O.O CAN'T WAIT FOR THE NEXT PART!!
gwendiamond How about Gwen and Leshawna,LIndsay,Owen,Noah,Cody,Katie,Sadie,Justin,Heather,Izzy

1
Heather's theme song
added by DandC4evacute
i think so
video

2
Alejandro's theme song
added by DandC4evacute
i think so
video

3
Total Drama Video Ideas
added by Sugartooth900
Tyler and Lindsay~Teenage Dream~ Izzy and Owen~What Hurts the Most~ Duncan and Courtney ~Ki$$ and Tell~ Bridgette and Geoff~Everytime We Touch~ Noah and Courtney~Mine~ maoni and say which one I should do! au say some other ideas!
video

8
Tdi Deleted Scene
added by Tdilover225
I Found This On The Tdi Website And Wanted To Post It. This Is Real I Swear If wewe Don't Believe Me........
video
tdi
scene
deleted
total
island
drama

3
Drawing Duncan Head
added by raknaff
How to draw Duncan's head. For any other people who like Duncan! YAY!
video
total
drama
island
tdi
duncan 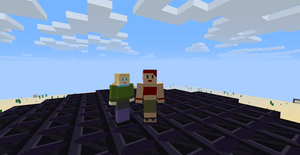 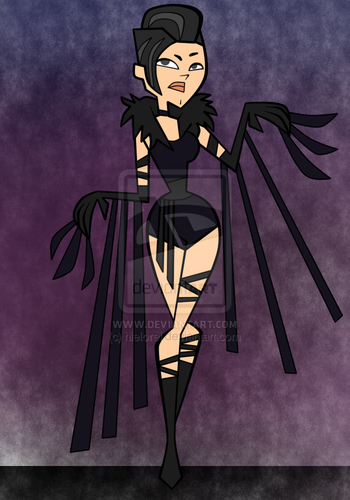