1
Why I upendo Flora
posted by Princess-Flora 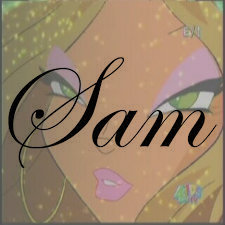 I'm a proud florist
So I have been on fanpop for sometime and decided it's time for me to say why Flora is my inayopendelewa character along with doing my juu ten orodha which I am currently working on. So here it is.
-------------------------------------------
When I first watched this onyesha almost ten years zamani I fell in upendo with Flora from the start. The six mwaka old me loved her because she looked like me the tan skin, brown hair with blond highlights and I realize now that I am older there is zaidi than just looks I like about Flora. Sure some people don't like her because she is too nice, too sweet, too caring, talks about nature too much but that's what I upendo about her.

Sure she isn't the strongest power wise au the bravest, but she is relateable to me and that's probably I took a liking to her. When people say something negative about her, I listen to them because that's their own opinion but when someone attacks the Florists I feel that pain because wewe know what I will proudly admit I am a Flora fan, sure I can be slightly biased towards her at times but we all have our moments when bias takes control, so who cares at least I am admitting when it comes to Flora I can be biased. However the moment I only like for her appearance is the moment I know I am shallow, so until then here is why Flora is my favorite.

Flora is my inayopendelewa from the beginning. The reason is she cares about others zaidi than herself, sweet, has a gentle nature, is the shoulder the cry on for her friends, she listens to them and doesn't interrupt, I can relate to her because it took me a while to believe in myself, my Marafiki were the ones to help me out because I was shy and how she constantly talks about nature for me it's my ankle I have broken twice in the same spot less than a mwaka apart so we both have items that we constantly bring up to the point of being annoying of times but I like that about her not afraid to bring up something that worries wewe au hurts you, sure I also like her for being the fairy of nature, her inayopendelewa color being pink like mine, her boyfriend having the characteristics I would like one to have, yet the mashabiki who only like her for just that and being pretty are shallow. Each Winx has something relateable about them to people my age, but I upendo Flora because she is the most relateable to myself others like other characters for them being relateable to their lives, but for me I really didn't believe in my talents until my 9th grade mwaka which was only a mwaka zamani so that's why she is my favorite. I know that she isn't the bravest au strongest of the group, but to me she's braver than me because I would never find myself brave enough to tell the gut who has been my best friend since 6th grade I like him. So that's why Flora is my all time favorite.

Also I do think she is the sekunde strongest and here's why. Not the sekunde strongest based off of just power but I will say she is stronger than some in that aspect. None of the Winx really were the ones to tell their first boyfriend they were in upendo with them, but she did not worrying about at that exact moment he might not like her back. Also her sacrifice is my sekunde inayopendelewa she willingly drowned herself just to save her sister's life because if lets say she already had her Enchantix nothing would have saved her from drowning at that point. Also she has protected Bloom in season 4 when she didn't tell the wizards where she was and became unconscious because of it. Even though her power is abundant, and she constantly gets hurt because of not having the strongest power. I see her being the sekunde strongest if wewe didn't take powers in to count. She has defiantly taken the hit instead of letting her Marafiki get it because of how much she cares about them and that is defiantly being brave and strong, because who knows death could have come from it yet she was willing to risk her life for it, and also for a long time we didn't see her cry just kwa herself not counting the times she cried when others did because she listens to her Marafiki and is the shoulder to cry on and is strong for them and will protect them even if she gets hurt. So sure maybe I am the only one who thinks she is the sekunde strongest Winx but I am not afraid to stand up for it.
So remember this is my own opinion. wewe don't have to like it all wewe need to do is please at least respect.
Love,
Princess-Flora
XxXFloraXxX likes this
yasmin124 cool
1
Break Chapter Three
posted by XxXFloraXxX
To anyone who wants to read it, especially StellaOrFlora and 101musastella , 'cuz they supported me so well and to zikkyforever 'cuz I don't want dead yet ;-P

After the shocking news, the Winx and the Specialists didn't really mind the film, so they leaved.
Flora: It isn't true, right? It can't be true!
Helia (sighs): I'm afraid it is.
Flora started crying and hugged Helia like she won't release him.
Layla: There has to be a reason for all this! Why did this happened??
Nabu: I don't know, Layla. But I'm afraid it won't be the same for them.

I'll continue very soon, but first I need to lunch 'cuz I'm hungry ;-P
Break (prologue)
posted by XxXFloraXxX
This is kinda a weird story, but I hope you'll like it! For your information, Flora is the princess of Linphea.

At Alfea:
Bloom: I'm bored...
Stella: I'm bored too. I even finished ma homework!
Musa (said with a smirk on het face): Than its really boring here. But the boys are waiting outside, so lets go!!

Outside:
Stella (ran to Brandon): Snookoms!!
Brandon: Ah, wewe missed me?
The others gave eachother a hug too.
Sky: So, wewe guys wanna go to the cinema with us?
Bloom: Sure!

They went to Magix and went to the cinema:
Layla: So, wich film we're going to?
Nabu: That's a surprise honey.
When they sat down, the news started (yeah, its a weird cinema, they start with the news). And then they heard some awful news...

flora and helia
added by lollipopland 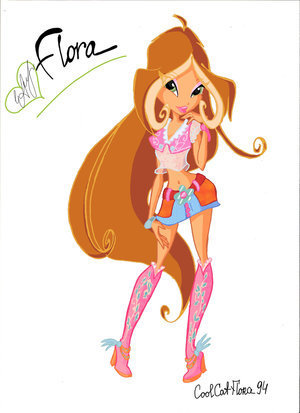 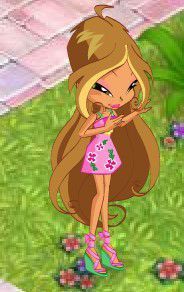 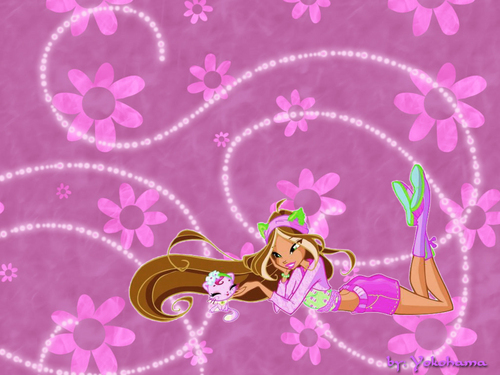 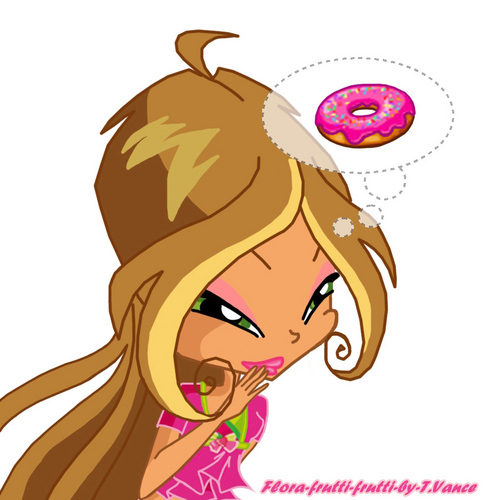 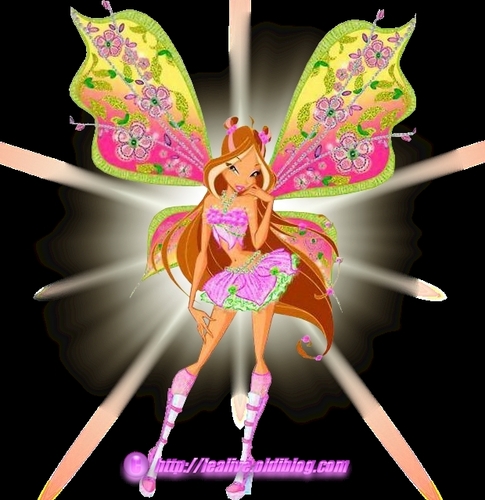 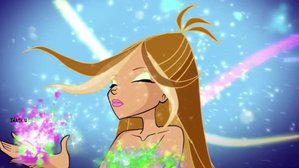 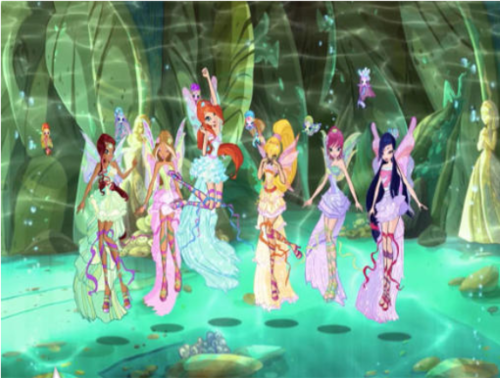 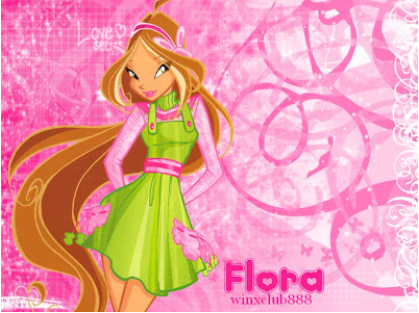 flora and helia
added by lollipopland 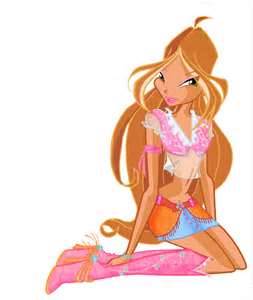 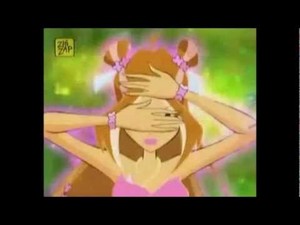