Monologue
posted by xoxpoisonxox
This is a Monolouge I wrote a little while zamani for drama class. We had to write a dramatic one. So this monologue is about a girl who is talking to her therapist about a hivi karibuni event with her friend.

Tell me what wewe think!

wewe know, Some say suicide is the most selfish act one person can make.. I used to think this too. But now it doesn't make sense to me how the most selfless, kind , person I know - knew- could be labled as selfish..

How long have I known her? Well ,I've known her for a couple years - But it seems like a lifetime now..

I met her freshman year, in Introduction to British Literature. I was scared - I mean who isn't on their first siku of highschool? I remember Walking into the classroom for the first time. I had to find somewhere to sit - then I spotted her. She was smaller then everyone else - au at least she seemed that way.

She was self reserved - Very quiet. Whilist the other kids were throwing paper airplanes and talking about the new transition, she sat quietly uandishi away in her little notebook. She seemed sad, almost.

I remember sitting inayofuata to her. I knew she was different But then she smiled at me and alisema hi ,then it was an instant friendship. We both understood each other, We made eachother laugh. She was... bitter, and cynical, but still, really nice... I knew she had depression... but... it was weird. We had fun together, wewe know? I never really made sense of that.


Heh, That night? She didn't seem different , she seemed normal. Not happy, exactly. But... like her Usual self.


That night - The night she.. Her parents were out of town for the weekend so we saw a play - She was laughing. i was proud of her, She hadn't laughed in so long.. And then afterwords we went to a midnight movie. She seemed fine , even happier then usual. I thought things might've been getting better...

After that ? I dropped her off at about a quarter to two. As she left, and she alisema goodbye - Her voice shook. She kept saying that she was sorry, and how much I meant to her. I should have asked her to come over. au at least asked her if she wanted me to stay, But this was normal - She had always felt like her mood brought me down. It didn't seem off..

I remember driving off, I watched her walk solemly into her nyumbani in my rearview mirror. And as she started to fade from my site, my stomach twisted. It felt like someone had stabbed me over and over again. I had never had this type of anxiety before, I thought maybe I was just tired, So I sped up.

Halfway nyumbani my cellphone rang, Usualy I would ignore it while im driving, but It was her. I put it on speaker and before I could say A word I heard her voice, She begged and pleaded for me to forgive her, She wouldn't tell me why.. She told me to tell her parents how much she loved them and then the phone cut off.

I tried calling her back, But she wouldn't pick up. Quickly, I turned the car around and sped back to her home. Her words kept playing again and again in my head, Haunting me. Somthing wasn't right - I was scared.

I think subconciously, I knew what she had done. But I didn't want to beilive it. I regret the decision that led me to keep looking for her - I ran up to her room, and what I saw was an Image i don't think will ever leave my mind.

I don't remember when I dialed 911 - I just remember crying and crying. Until my parents picked me up from the hospital and brought me home.


And, I keep wondering... if there was something... in the play, au in the movie, Something that could... set her off, wewe know? I just keep trying to look for clues. For answers. She had survived so much.
It's funny how fast things can change - Isn't
I Know Why The Caged moyo Beats
posted by lauren777222
"All I need is your support",she said.My stomach went into knots.Reluctantly I took her hand.Boney fingers stabbed into mine.The room began to spin and purple fog rolled into the room through the floor boards.Then,it was done.Let me start from the beginning.I'm Caroline LeBeau.My father used to own half of New Orleans.That is,before his "tragic" death.Before he took his last breath he alisema to me and my twin sister,Madeline,"My millions will be divided between wewe two."It has been four years since then and me and Madeline have went our seperate ways.Here's our story.
"Come on,hon,you can't stay...
continue reading...
children called sprited.
posted by rosethorn
Hi my name is Rose and this is a story about an unknown power that took me from my sleep December 29 2999 to a noise out side my window. As I looked out I saw 3 children running around outside yelling at each other. As I stuck my head out my window to call down to them they looked up at me strait into my eyes so me being 16 started to bark crule words at them. The boys didn't respond until a called down to the little girl the only girl there and as I did the boys seemed to be zaidi alert. But the girl just looked up at me. I ran down the steps so i could look at them eye to eye and as I stepped...
continue reading... 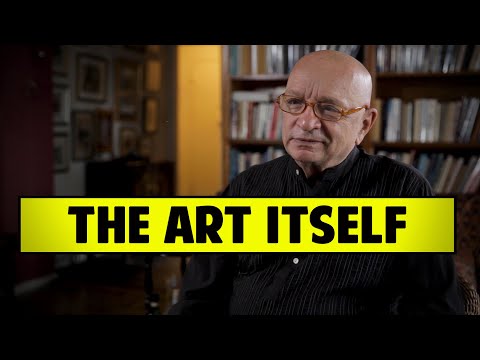 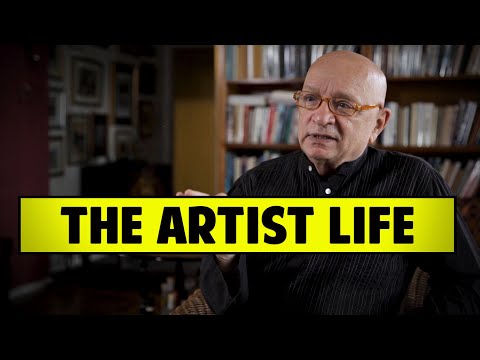 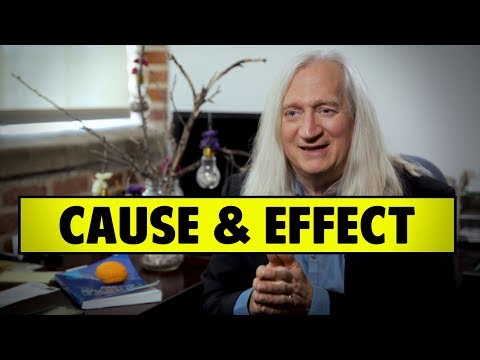 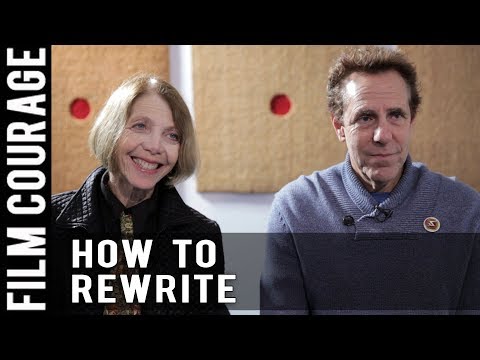 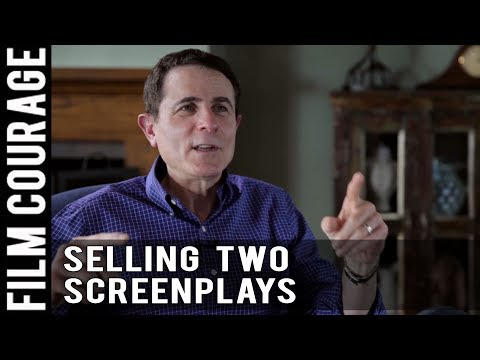 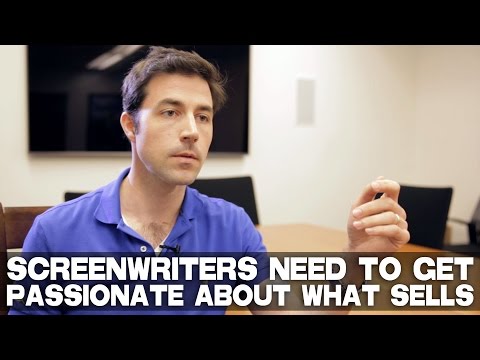 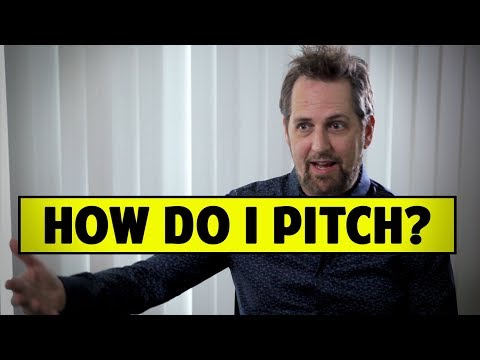 I looked at my family and back at the stars. I looked at the moon the most, for the stars reminded me of my deceased girlfriend, Cosmo, and the moon represented me. I had promised to Cosmo that I would always think of the night sky like that. My mom whispered to me, "Look, Miles. A shooting star. Make a wish, little buddy." I closed my eyes and made a wish. We grabbed our beach, pwani chairs and looked at the sky. We were on the beach, pwani on the 4th of July, waiting for the fireworks. I was trying to hold back my tears as well as I could. When I...
continue reading...
1
100 singers nominated to perform in the opening of Olympic London 2012!!!!
posted by ZekiYuro
Thế vận hội Olympic năm 2012 sẽ tổ chức tại London nước Anh từ ngày 27/7 đến ngày 12/8
Theo danh sách yêu cầu nghệ sĩ sẽ biểu diễn phần khai mạc được tổ chức trên mạng gồm có
1.Hurts
2.Jin Akanishi
3.Within Temptation
4.Alfie Boe
5.Alex Sparrow
6.Blue
7.Morning Musume
8.Anastacia
9.X Japan
10.Jang Geun Suk
11.Coldplay
12.Rain
13.U-KISS
14.Il Volo
15.Jane Zhang
16.Paul McCartney
17.Beyonce
18.L'Arc-en-Ciel
19.Lena Katina
20.Megurine Luka
21.f(x)
22.Infinite
23.Jedward
24.Ho-kago chai Time
25.Jolin Tsai
26.Sonohra
27.T-ara
28.Thalia
29.Nelly Furtado
30.Tiziano Ferro
31.Rihanna...
continue reading... 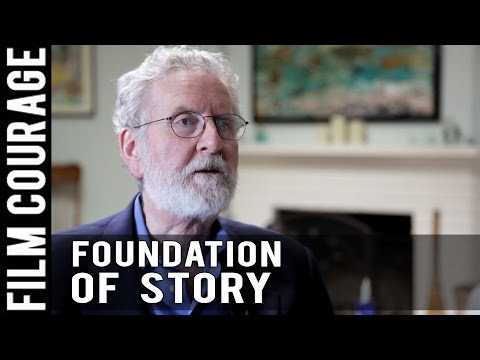 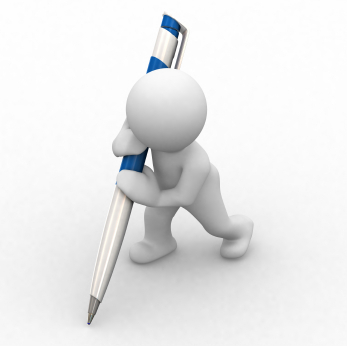 1
I write my moyo on a paper
added by SomethingDreamy
1
Let's play What's The Word? game
posted by ZekiYuro
Here are the definitions of the words.Read and guess what they are before kusoma the right majibu I write below.

1.It's a person who works in a restaurant,takes the chakula from the jikoni to the tables.
2.It's a place where wewe go when wewe want to buy something.It's a very big duka where wewe can buy anything.
3.It's a thing which wewe use to talk.It's a kind of machine,it's very small and nearly everybody has one nowadays.
4.It's an adjective.It's the opposite of fat,but means thin and acttractive.
5.It's an adjective again.It's how wewe feel when wewe have a lot of things to do but wewe don't have...
continue reading...
2
Hell's Outlaw--Chapter 2
posted by HouseMindFreak
Again--I'm not the greatest writer nor do I aspire to be a great writer, this story is mainly for my entertainment so be kind with maoni if wewe read it.

Koda arrived at his uncle’s shop, parking his dirt bike behind the building and chaining it to the radiator. The sun was already high in the sky; beating down its unforgiving rays of heat down on him but the extreme heat never bothered him as it seemed his body was never affected kwa the sun.
His skin would repel the rays like a duck’s feathers would repel the water.
Inside he could hear his uncle yelling something...
continue reading...
8
Character Names!!!!
posted by breebree446 To think, most of my character names come from a thrift store baby book!
Baby Name Books!

My #1 resource is the baby name book I bought from a thrift store. It's a lifesaver! Not only does it have over 5,000 names but origins, boy and girl names, and alternate spelling. But, if wewe can't get a hold of a baby name book there's always...

Just as good and pretty much the same thing. They have access to millions of names online! One website I find really useful;

Often, writers give thier characters a name that has a certain meaning. For instance, one of my characters is named Roni. Which is short for Veronica....
continue reading...
11
Hated kwa the One wewe upendo Chapter 1
posted by lollipopszx3
Rated PG 13.

I woke up that morning, not even wanting to get out of bed. I was so tired and I had a major hangover from last night's party. I looked down. I was really relieved that I still had my clothes on. I didn't want a repeat of last time. Brianna still isn't over me. She's freaking stalking me right now.

After my head stop spinning which was about twenty dakika later, I got out of bed. God I was a mess. Stupid Ken with a party on a school night. I looked at the clock beside the meza, jedwali and it read "8:30". I really didn't care if I was late. My record could take one zaidi late.

I...
continue reading...
2
Who Are The Real Monsters: Chapter 2 Hidden Creatures, Hidden Marafiki Part 3
posted by H-A-T-R-M
As Marley was at home, he was doing research about Wanyonya damu but still nothing about Wanyonya damu losing their short term memory loss ability. It is hard to get facts about Wanyonya damu without running into a movie, T.V series au book. “What’s this?” alisema Marley. “Vampires from the Hunters Eyes”. As Marley looked through the website a lot of the facts were true like the side effects, half-bloods and pure-bloods. Then he saw just what he was looking for, as he read he understood. “Half-bloods are hated throughout the line of pure-bloods but are used as slaves au grunts. Those who are bitten...
continue reading...
More Cards
1234567891011