2
Ninth, sekunde Wedding Anniversary gift
posted by Kurls_Basd
"Put this over your eyes." Akash held up the black ribbon in front of her. Although she was a little confused and curious Kaya took the ribbon and tied it around her eyes. She felt Akash gently grabbed her shoulder and spun her around. After the spin, Kaya tried her best to hold her balance as she held her hands out to feel her way about.

Frowning her lips she reached for the ribbon to peek but was hit on the hand.

"Oww, Akash this isn't funny." She alisema blunt and gloomy. She felt his hands on her shoulder once more.

He whispered in her ear, "I know, but just trust me." She sighed, relaxing her body.

"Okay..." She stepped off, with her hands in Akash's. Akash kept his eyes on her watching as she moved without uncertainty, torn between whether she was relying on her keen senses au on him but he kept a small smile on his face.

Kaya listened to the sounds around her, the night crickets, the river breeze rushing through the trees and the echoes of an owl whooing in the distance. She thought to herself that with her the senses Akash had helped sharpen years before she was going to be okay and zaidi importantly he was there with her.

Her grip on Akash's hands tighten as the soothing sounds slowly faded into the background and echoing foot steps replaced them. She stopped, tightening her grip even zaidi on Akash's hand.
"Akash where are wewe taking me?" She whispered.
"If wewe stop wewe won't know?" He replied in the same tone, pulling her a bit to continue walking, she jerked and continued. She was on wooden floors and in a hallway that was all she cause gather. Suddenly Akash's hands slipped from hers and she was swept off her feet.

"From this point I have to carry you." Akash stated. He walked as Kaya placed her hands around his neck. He proceeded but before long Kaya found that he was putting her back on her feet.

"Are we here?" She asked, to which the blindfold was removed. The lights were bright but took sekunde for before her eyes adjusted. Kaya stood in awe, before her was a mirrored ukuta with a link in front of it, and a polished floor all features of dance studio.

"Happy ninth, sekunde wedding anniversary." Akash alisema from behind. She turned seeing him holding a pair of ballet shoes.

"You remembered." She said, standing in shock.

"Of course," He answered walking towards her, "I could never forget that date, especially when your vows were,'I promise to upendo and cherish him, take care of him and be his best sparring partner.'" he laughed a bit

"That was au is the most corny and embarrassing thing that has ever left my mwezi and wewe remember it." She alisema with blush.

"Well I am a girl we remember stuff like this ." She replied placing her arms around his neck, " I'd dance for wewe but wewe dragged me out of bed."

"Come on let's get back to our room." he stated as he walked off holding her hand.

"Maybe what I do to wewe when we get to our room could also be a part of your anniversary gift."

Akash glanced at his wife seeing her lips curved into a smirk. 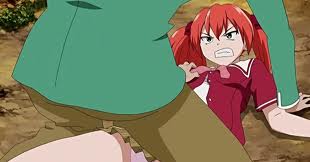 What Will Happen To Alex
added by MafiaYJ 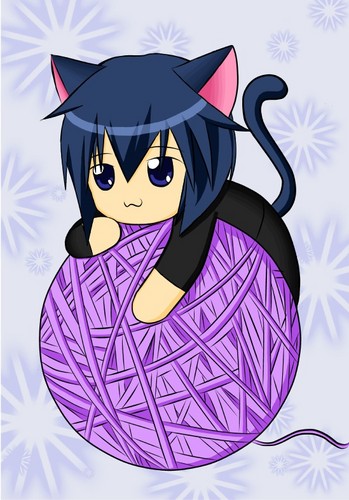 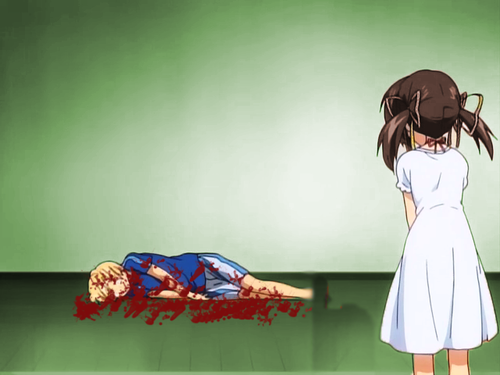 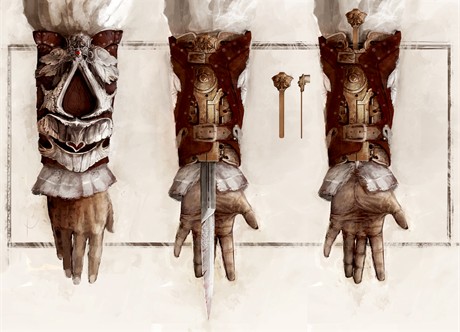 Hidden Blade
added by SilverWings13
Source: Ubisoft
An Angel's moyo Forever Seeks Revenge part 3
posted by SilverWings13
"Declan, are wewe ready yet?" Aryess peered into the mirror, trying to fit in the back to her silver dangly earring.
"Almost," the 21-year-old called from the other room. "Why do I have to go to this thing again?"
"Because I want to be there when Jasper makes the big announcement."
"Again, why do I have to go?" Declan walked into the foyer wearing a navy three-piece suit. His fair hair was spiked in the front casually, somehow boyishly mature.
"To onyesha support for our friends!" she said. "Where's Riley?"
"Tada!" the four-year-old exclaimed as he jumped up from behind the couch. His bright-blue eyes...
continue reading...
Just a Little Girl-Arguments-
posted by BladeYJ 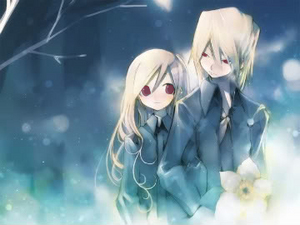 ((Sorry for the long wait ;) Also this whole story so far has taken place on their birthday! Also Candice makes an appearance in this.. :))


Dante teleported in front of Blade and stopped her. "Wanna talk about something," he alisema with a low tone.
"No." Blade growled.
"Come on, Kiddo!"
"No!"
"Please?!"

wewe never cared to hear
The other side.

Blade narrowed her eyes and her nose crinkled.
"Want to know what's wrong?! You!"
"Bu-"

So why would wewe care
To keep this thing alive?

"No! wewe had the opportunity to help me! TO HELP ME AND KELSEY! But wewe and Mom just left! Look what...
continue reading... 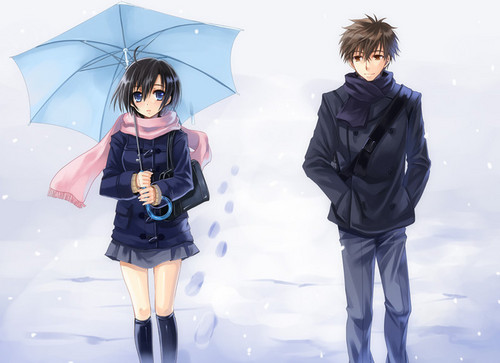 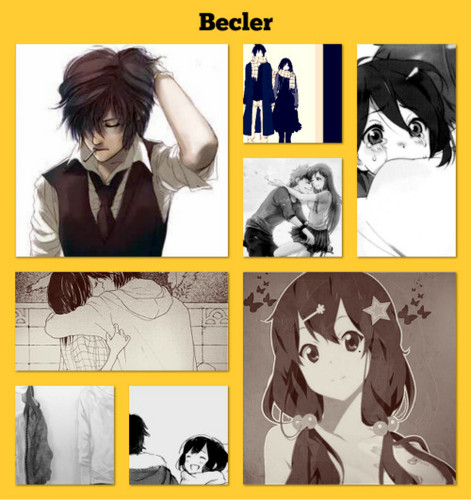 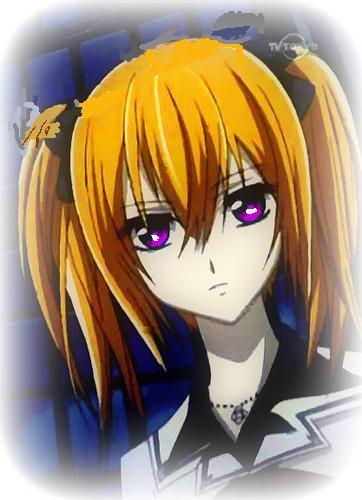 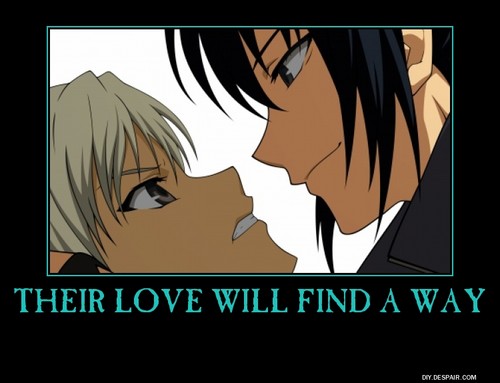 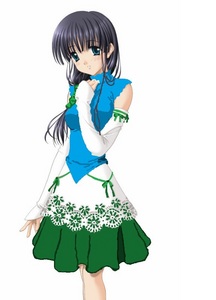 Devin
Name:Devin Grayson
Alias: Arhanghel
Powers: Flight/wings, “Divine power”
Occupation: Undecided
Weakness/Limits: Demon chants/weapons, high demon authority
History: Devin used to be a simple girl who lived with her parents and brother working in a circus. They worked the high wire and were known for their acrobatics. She was only a little girl when she died, due to some mysterious poison in her blood. She was born again as a little cherub; a baby angel. While a cherub, she was stolen kwa a demon named Teague. He used her for his own sadistic pleasure and abused her, though not sexually. He would...
continue reading... 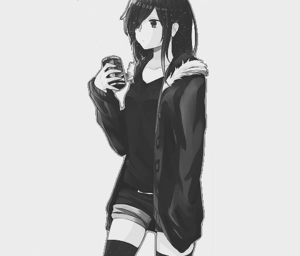 1
Amora and Soda
added by MafiaYJ
Source: pintrest and google, not me 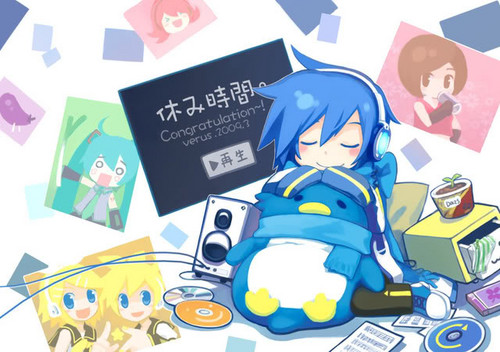 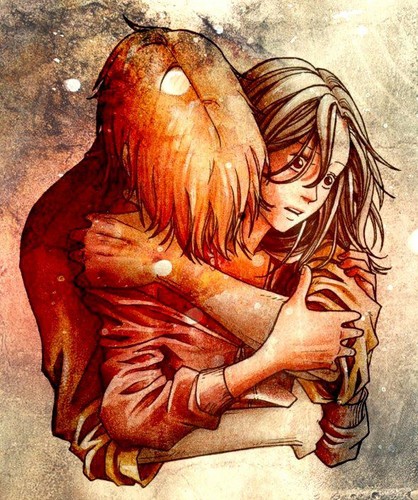 Kyric spam because of reasons
added by InfinityYJ
Source: Raven ;3 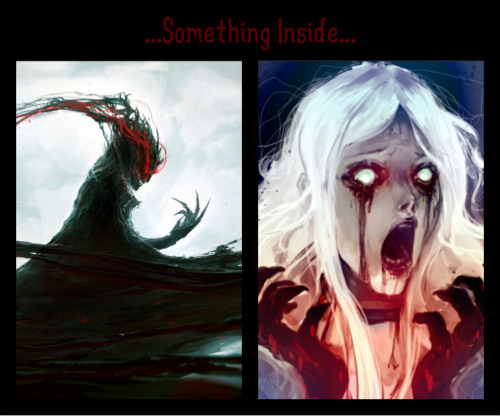 1
Something Inside
added by Eclipse-YJ 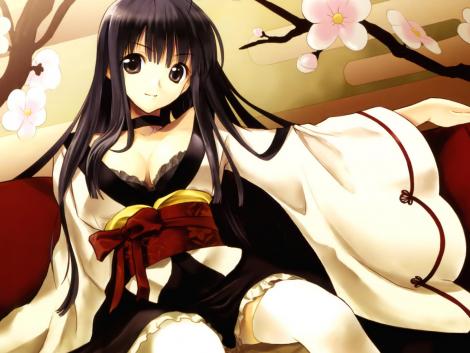 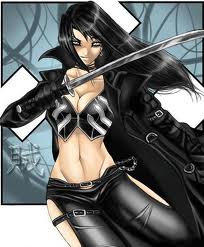