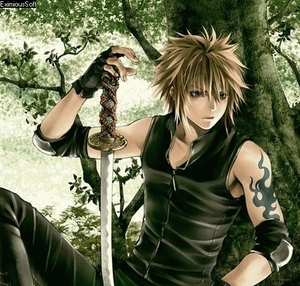 Kai
“Damn it,” Becca muttered, looking at her bleeding wrist.
“Did I cut you?”
“Shut up Hex!”
alisema villain laughed. He walked over to her calmly, grabbing her wrist.
“It's not to deep, birdie. wewe should heal.”
“Let me go,” Becca hissed.
“As wewe wish.”
Hex released her, blasting her with red energy. Becca screamed, falling over the edge of the building. She grabbed hold of the edge, steadying herself. She looked up. Hex was calmly standing over her.
“Well that's not salama at all. Then again, you're a bird. Let's see wewe fly.”
Another wave of red energy hit her, and Becca's hands slipped. She started falling and she closed her eyes. Pleasework, pleasework, pleasework, pleasework! Blue mist surrounded her and Becca was instantly on the roof. Yes!
“Huh. Your magic still works. Even after I've hexed you. Interesting.”
Becca ducked another blast, tumbling behind a large vent. She caught her breath, waiting. Her nose started bleeding. Damn. Becca moved as another blast came after her. She tripped and fell as she was hit. Hex stood over her, his hands generating red energy.
“Any last words, birdie? au do want this to be quick?”
Before Becca could open her mouth, Hex started shaking, electric currents running throughout his entire frame. He fell to the ground, revealing a boy with machungwa, chungwa hair and deep blue eyes.
“Wow. Sparrow is not a good nickname for you. Change it to swan.”
“Why?” Becca asked.
“Cause they are prized birds. wewe are a prized hero.”
“I'm no hero.”
“Whatever. Still, change wewe name...”

“Kai!”
Becca sat up in bad, eyes wide. She looked around, panting.
“Huh. It was only a dream.”
Becca pulled her knees up, looking out her window. Rain poured down and lightning flashed. She screeched when she saw a face. A sekunde later, it was gone. Becca put a hand to her heart, trying to steady her breathing. She got out of kitanda and went to the bathroom. She stood at the sink, splashing cold water on her face. She used the towel to try it and then looked in the mirror. She screamed again, seeing the face from her window. She threw a dagger at it, shattering the mirror. Becca gasped, running to her closet. She pulled her costume out from the back and dressed quickly. She put on her trench coat, adding a few extra supplies in her pockets. She quickly brushed her hair, putting them in their usual gppony, pony tails.
“I got to get a haircut,” she muttered, slipping on her boots.
Becca exited her apartment, leaving the key in the same place she'd been hiding it. She put a manila envelope on her landlord's dawati and left. She walked in the streets, heading out of Gotham.
Mclovin_69 oooh dis is gunna be gud!!!
Robin_Love Why thank you! XD
KatRox1 ME LOVE!
Kurls_Basd MORE PLEASE


“What are wewe doing for Valentine's Day?” Artemis asked.
Megan looked at the only other person in the kitchen/family room center. Artemis was watching her with curious blue eyes. Megan blushed and looked back down at her bowl.
“I don't know what that is. What's a Valentine's Day?”
“Oh. It's...a siku where wewe onyesha people how much wewe care. Most of the time it's between couples but Marafiki do it too.”
Megan nodded and started mixing again. She felt eyes on her and felt free to ask her question.
“What's a Valentine?”
“Someone au several people wewe care a...
continue reading...
FireBlaster Episode 20 "Bachlorett party?"
posted by Denelys

I was sleeping in Robin`s bed?
I woke up in robins room did I sleepwalk here?
Robin was awake but he did`nt want to disturb me in my sleep.
Robin did I sleep here?
"Um. yeah pretty much wewe came in the middle of the night shaking cause there were thunderstorms"
Ohh.Well lets get ready long siku ahed of us.
I got up from the kitanda and got ready I headed down stairs and opened a portal to Mt.Justice Robin followed.

Recognized Robin B02 FireBlaster B07
Hi guys,everything okay here?
"yeah!come on we have to pick out everything all the details givem to me!"Inquired M`gann.
Hold on wewe guys know au did Robin tell you?
everyone was quiet.
Okay...
continue reading...
1
TNARR Episode One Sneak Peek!
posted by 66Dragons
Coming this Friday! Of course, if wewe want to read this and the inayofuata four episodes, go to the Red Revenge Club!

"The party, Mr. Grant." the driver said, opening the door to the limo.

Sam groaned before stepping out.

"Do I really need a limo drive to my school?" he asked aloud.

"You are a high profaili character." a voice alisema beside him as holly slipped her arm through his.

"Nice." he ametoa maoni at her outfit.

She was dressed in a skin-tight black body-suit, which just happened to be her Nightbird costume, with a red trench kanzu, koti behind it and a red miniskirt over her pants.

The two walked through the door into the school.
Night Crawler Chapter 22
posted by Skittles98

12
Young Justice Boys kuoga
added by RavenclawQueen
Source: youngjustice.tumblr.com
The death part 1. -artemis x Wally young justice-
posted by artemisxwally
Okay I am a super shabiki of young justice an I have a fav couple... Yeah u guessed it Artemis and wally... Eeekk But then something terrible happens!! Oh and wally is an A hole at the beginning so ya he spose to be

DISCLAIMER: I do not own young justice

Any way so I made a story for them!! And sorry for my spelling if it's bad..!! And i spelled wewe like u cuz it's faster.
U= you
Cuz= because
Y= why
And kshk is the radio okay!

The team is at Mount Justice while Artemis is on a mission....

1
Superboy and Black Canary
added by Anonnim
Wally/Artemis Fanfic
posted by 66Dragons
This isn't mine, but I thought it was hilarious. Enjoy!

Those four words rang out towards the entire building and found its way to the jikoni where Aqualad, Robin, Megan and Superboy were busy eating breakfast. All four of them looked up at each other. Kid Flash and Artemis were fighting… again…

At the same moment Wally and Artemis walked into the kitchen. Artemis was soaking wet with a towel wrapped around her and Wally's face was red from laughing. It didn't take a genius to figure it out.

"Sorry, it was an accident." Wally said, apologizing....
continue reading... 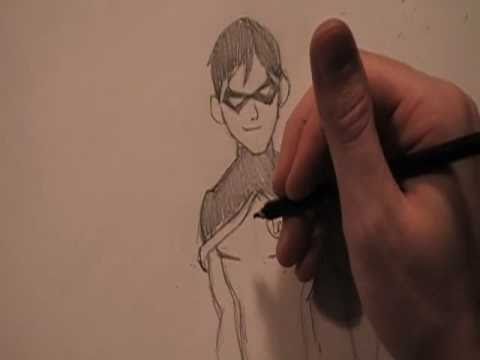