catal
Anubis (Ancient Greek: Ἄνουβις) is the Greek name for a jackal-headed god associated with mummification and the afterlife in ancient Egyptian religion. In the ancient Egyptian language, Anubis is known as Inpu (variously spelled Anup, Anpu, and Ienpw). According to the Akkadian transcription in the Amarna letters, Anubis' name was vocalized as Anapa. The oldest known mention of Anubis is in the Old Kingdom pyramid texts, where he is associated with the burial of the Pharaoh. At this time, Anubis was the most important god of the dead but he was replaced during the Middle Kingdom kwa Osiris.

He takes names in connection with his funerary role, such as He who is upon his mountain, which underscores his importance as a protector of the deceased and their tombs, and the title He who is in the place of embalming, associating him with the process of mummification. Like many ancient Egyptian deities, Anubis assumes different roles in various contexts, and no public procession in Egypt would be conducted without an Anubis to march at the head.
Portrayal

Anubis was associated with the mummification and protection of the dead for their journey into the afterlife. He was usually portrayed as a half human, half jackal, au in full jackal form wearing a ribbon and holding a flail in the crook of its arm. The jackal was strongly associated with cemeteries in ancient Egypt, since it was a scavenger which threatened to uncover human bodies and eat their flesh. The distinctive black color of Anubis "did not have to do with the jackal [per se] but with the color of rotting flesh and with the black soil of the Nile valley, symbolizing rebirth."

Anubis is depicted in funerary contexts where he is shown attending to the mummies of the deceased au sitting atop a tomb protecting it. In fact, during embalming, the "head embalmer" wore an Anubis costume. The critical weighing of the moyo scene in the Book of the Dead also shows Anubis performing the measurement that determined the worthiness of the deceased to enter the realm of the dead (the underworld). New Kingdom tomb-seals also depict Anubis sitting atop the nine bows that symbolize his domination over the foes of Egypt
Embalmer

One of the roles of Anubis was "Guardian of the Scales". Deciding the weight of "truth" kwa weighing the moyo against Ma'at, who was often depicted as an ostrich feather, Anubis dictated the fate of souls. In this manner, he was a Lord of the Underworld, only usurped kwa Osiris.

Anubis is a son of Ra in early myths, but later he became known as son of Osiris and Nephthys, and in this role he helped Isis mummify his dead father. Indeed, when the Myth of Osiris and Isis emerged, it was alisema that when Osiris had been killed kwa Set, Osiris' organs were aliyopewa to Anubis as a gift. With this connection, Anubis became the patron god of embalmers: during the funerary rites of mummification, illustrations from the Book of the Dead often onyesha a priest wearing the jackal mask supporting the upright mummy. Anubis' half-brother is Horus the Younger, son of Osiris and Isis.
Perceptions outside Egypt

In later times, during the Ptolemaic period, Anubis was merged with the Greek god Hermes, becoming Hermanubis.The centre of this cult was in uten-ha/Sa-ka/ Cynopolis, a place whose Greek name simply means "city of dogs". In Book XI of "The Golden Ass" kwa Apuleius, we find evidence that the worship of this god was maintained in Rome at least up to the 2nd century. Indeed, Hermanubis also appears in the alchemical and hermetical literature of the Middle Ages and the Renaissance.

Although the Greeks and Romans typically scorned Egypt's animal-headed gods as bizarre and primitive (Anubis was known to be mockingly called "Barker" kwa the Greeks), Anubis was sometimes associated with Sirius in the heavens, and Cerberus in Hades. In his dialogues (e.g. Republic 399e, 592a), Plato has Socrates utter, "by the dog" (kai me ton kuna), "by the dog of Egypt", "by the dog, the god of the Egyptians" (Gorgias, 482b), for emphasis. Anubis is also known as the god of mummification and death. Instead like other jackals Anubis' head was black to resemble the god of death.

idiots put them in pies i think that is very disturbing wewe wouldn't but a baby in a pie??!!???!!

so what i'm saying is donate £3 a mwezi and a kondoo will be aliyopewa a nyumbani and not a pie and wewe will get a free adoption pack and a cudderly toy and what eever wewe donate shut-your-face fund will triple it
7
Possible Band Names
posted by EllentheStrange
Her Eyes Hold The Apocalypse
March Of The Dead
Through The Eyes Of A Killer
Bloodbath On Monday!
Fear the Spork
Run With Scissors
Toxic Neon
When Two Are One
Blood Red Saturday
Eat the Children,Raw!
Lipstick Napkins
Forever December
Unhappy Meal
Welcome to the Freakshow
I Like Pie,but Pie Doesn't Like Me
Ace Diggy
Chemical Reaction
Skateboarding is Deadly
Blood Thristy Vampires
I Slap People With Sammiches
With wewe Stake My Heart
!@#$%^&*
Wanyonya damu WILL Hurt You
Save My Soul
Let Them Die
Let Her In
Bleeding Black Roses
When Will wewe Let Me In
Crooked Spoons
Blood Splatter Dress
If I Promise Not To Kill You,Can I Have A Hug?
October Vampires
3
5 incredibly bila mpangilio stuff to do 2 {by now you'll know not to trust me...or will you? Mwahahaha!}
posted by ky-chan
5 zaidi incredibly bila mpangilio stuff...I'd like to note that not everything listed is exactly possible, but each is genuinely unique and bila mpangilio in it's own way....

5) wear a nametag that reads "hello. My name is Jesus Christ" (or famous person) when some one says "you're not Jesus" turn around and say "Jesus? Where?"
4) befriend a zombie (don't try unless you're okay with being bitten)
3) give out autographs to complete strangers and pretend you're famous
2) divide kwa zero (it's a little harder than it looks)
1) walk up behind someone and whisper in their ear "I like mudkips...."

Lots of laughs...I recommend 3, 2 and 1
7
a siku at park and it rained
posted by hassleberrygirl
it was a very warm day.So we decided to go to the park.we were walking in the park and we heared thunder and lighting.We continued walking in the park and its started to rain.We continued to walk in the park and it rained even harder.We continued to walk intill i hit a tree.Then my cell phone rang and anwsered it but no one anwsered.I was scaryed to death.I walked nyumbani with my friends.But i hit another mti my Marafiki helped me up.but when we got to my house we heared a ghost that alisema GET OUT.My Marafiki all ran out of the house.Then my parents came out from hiding and scaryed the crap out of me and stabbed them with a plastic knife.They laughed at me. it was a funny stroy
3
Yeah, Me; The Nerd Chapter One: Dizzy
posted by cute20k
As I weaved through the crowded hallway, I focussed on the rhythm of my footsteps. I was lost. It was as if I was a new student au something. Now that Annabella was gone, the hallway made me dizzy with fear. I stood in this hallway and whined, begging for her not to leave. This is where I shared the last hug I will ever share with Annabella. When you're with your best friend, nothing matters. When wewe know you'll never see her again, not even a faint light of happiness appears at the end of the freight tunnel.
I had a hard life. We all do. I lived in a small mountain town in North Carolina...
continue reading...
1
The master part 2
posted by Kanji 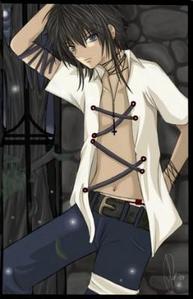 When wewe woke up zein was siting on the kitanda "Your up!"he alisema delighted he was dressed in normal clothes today and he did look kinda cute."How do wewe feel?"asked Ivy from the other side of the room."f-fine"you answered wewe saw max was also in the room.He was glaring at wewe his eyes full of hatered "Master zein?"He spoke slowly Zein looked as if he just pulled out of a trance"Yes" "Why do wewe care for that human some much"He spoke as if the words burned his mouth like acid Zein looked shocked"I dont care for her but it was our falt that see got hurt"he told max.Max smiled like he just got a...
continue reading...
1
about my OC Tuvalu and Samoa *and mini story*
posted by lolrandom393
Tuvalu- Tuvalu is a Mean Woman, she can be pretty boring, she likes to eat a lot of Candy, she has long curly hair just like Samoa, and she has a little skirt, and some tights, and some long boots that is all the way to her knees, and a long sleeve shirt, she also has a little diary, she never lets anyone in her house, she loves to be in conversations, plus, she might be a little nice

Samoa- Samoa is a foolish woman, she never speaks to anyone but Marshall Islands, everyone calls her stupid, otherwise that Canada and her are cousins, she be foolish to him, 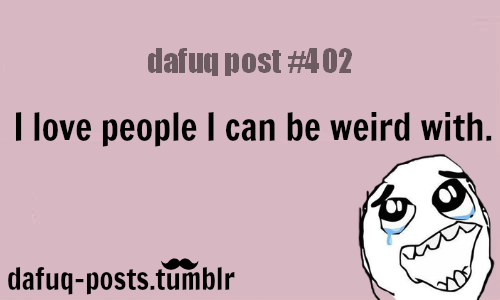 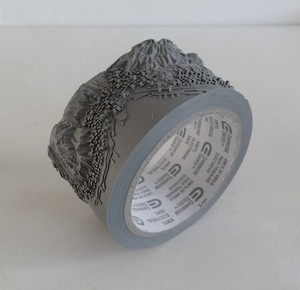 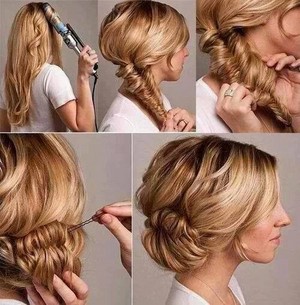 2
samaki tail but different and nice
added by Heidihi2 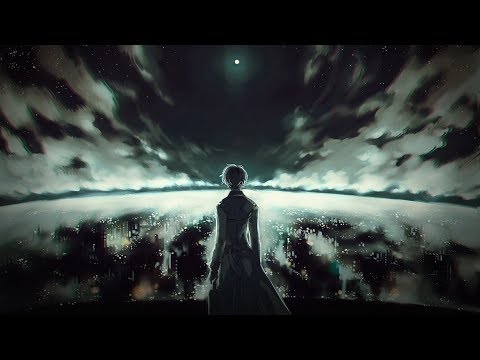 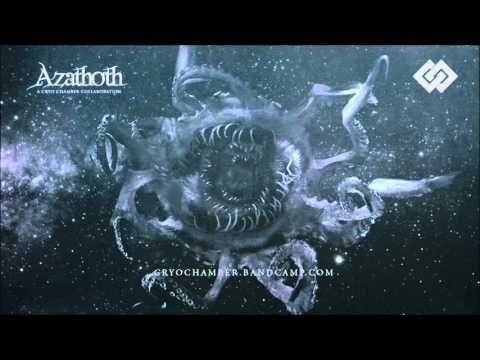 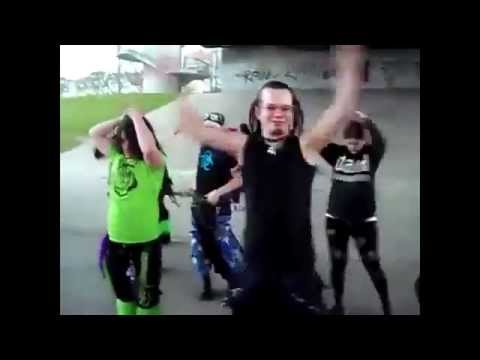 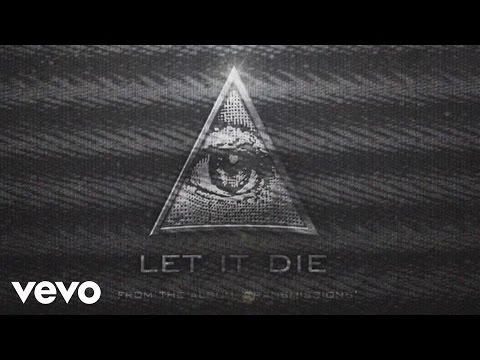 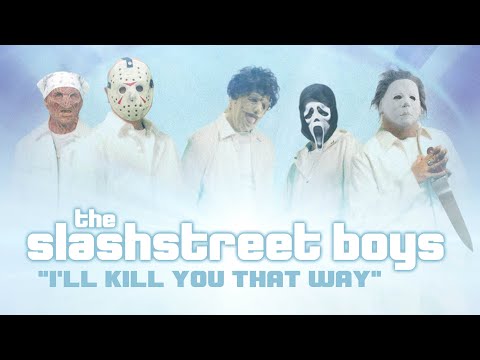 3
I'll kill wewe that way kwa The slashstreet boys
added by 1012jackson
Funny and so cool. I upendo the backstreet boys, I upendo this song and this parody of it kwa these maarufu horror movie monsters
video
muziki
awesome
song
funny
parody
hilarious 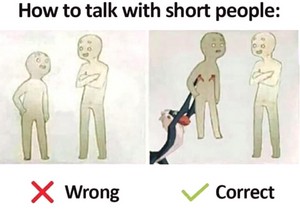