New York based creative team Constance Zaytoun and Marc Stuart Weitz have mixed all the ingredients for both in their new comedy web series “Constance Cooks.”

Premiering on the festival circuit, the pilot earned ‘Best Pilot’ at 2018 NYC Web Fest and earned 3rd place in the ‘Best Comedy’ category at New York Women in Film & Television’s Online Shorts Fest. zaidi accolades are surely on their way this mwezi as the pilot heads to the New York Indie Theatre Film Festival and the sekunde episode debuts at the Winter Film Festival.

Tell us about your new project “Constance Cooks.”

CONSTANCE ZAYTOUN: “Constance Cooks” is a web series that’s kind of like “Sex and the City” kwa way of “The Galloping Gourmet.”

It’s a comedy about a 40-year old Lebanese-American Tar Heel transplant, feminist art history professor whose career hasn’t taken off. After suffering an existential crisis related to her stalled academic career, she turns to her passion for chakula and starts making a video blog where she interviews New York artists and cooks their inayopendelewa dishes in her tiny apartment. And even though Constance is supported kwa a loving partner and great friends, she fears she’s too old to pursue this new adventure. And she’s not exactly wrong. That’s where the hilarity ensues.

In each episode Constance describes a recipe she’s going to make, but then wewe see all the trials she goes through to make it - both in and out of the jikoni - and it’s all a recipe for how she’s going to live her life as a woman trying to make it in New York. kwa the end of the episode, she’s made a recipe, but it’s different than what she intended—so she succeeds, but with a surprise twist that keeps her moving toward her goal. And then after the narrative portion of the episode, we actually include a time-lapse demonstration of the recipe so viewers can make it at home, too!

Why did wewe want to tell this story and what do wewe want audiences to take away from it?

CZ: We want to tell this story for the women we know. We know so many phenomenal women from Gen X who have not experienced success in the manner they had hoped. Many feel like they are treading water in a gig economy while the generation under us seems to be leap-frogging over. And particularly the women artists I know have made some crazy choices au taken out a lot of loans to remain in New York and participate in an artform.

I don’t see these women on TV. There are women of a certain age depicted, but they are either mothers au women with successful careers who then adopt to become mothers. Many of the women I know are neither. What does it mean to be a woman in your 40s and wewe neither have kids nor do wewe have the career wewe want? I hope audiences will recognize the viability of a woman with experience and that it’s never too late to start something for which wewe feel passionate. Take the leap!

What would wewe consider your characters ‘best’ quality? And their ‘worst’?

CZ: Well, her best quality really comes out of her worst quality! She’s got a lot of nutty ideas to get her onyesha off the ground, and a lot of that involves chasing what’s new and hip in the chakula scene - which, of course, she doesn’t know much about - au it could mean stalking guests to get them on her show. She definitely has some Lucille Ball moments! But because of her age and experience, she finds a way to reconfigure the mess of a situation into something else that works better than she originally planned. Mostly.

Any eye-opening stories from the set wewe can reveal?

CZ: On one of the days we were shooting in the jikoni and my character is speaking directly to the camera for her “cooking show,” I started to lose it. I was tired, I was fumbling all over my lines, and I felt the pressure to get the shot because we were running out of time. I mentioned that I wished I had someone to interact with in the scene. Gratefully, our director Rosalie, our DP Jamal, and Marc thought it would be fun to add Marc (who is also my character’s partner) to the scene, scooting in and out of the background while Constance filmed her show. It worked! One take and done. It turned into one of my inayopendelewa moments in the show. Teamwork is so important and saying yes to improvisation and play almost always works!

How was it juggling both the creator and starring jobs?

CZ: I’m not sure that I juggled super-well, but I learned a lot! When I was acting, for the most part I remained the actor, and our team ensured that I stayed in that mode. They were really great about that, and I particularly appreciate how our producer Richard and our first AD Aizhan vigilantly protected me as the actor while on set. The great part about co-creating is that 75% of the time, Marc could function as the showrunner while we were on set. But when we were both acting, we trusted that our team had our back. We wouldn’t return to our creator roles until we wrapped for the siku and could assess inayofuata steps.

CZ: As a first-time content creator in this medium, I finally understood why everyone says the onyesha doesn’t reveal itself until post. Zowie, that’s the darn truth! As clear as I thought Marc and I were about how this onyesha would look, new elements were introduced and created in post that make the onyesha better than we imagined.

But as an artist, the biggest lesson I learned is JUST DO IT! Put your money where your mouth is so-to-speak and do not fear the disappointment. No matter what finally happens with this series, I’m so incredibly happy with what we created. wewe cannot control what anyone may think, but wewe can commit to make the work that wewe believe in, and there’s a lot of freedom in that.

CZ: There are so many favorites! Right now I’m in huge admiration of Allison Janney and her wide-ranging body of work. I’ve been a shabiki ever since I first saw her on Broadway in Arthur Miller’s “A View from a Bridge” and then a mwaka au so later in Sam Mendes’s “American Beauty.” Her work mesmerized me; I was hooked. She possesses such integrity in each and every role.

CZ: Rhoda Morgenstern, from “The Mary Tyler Moore Show.” Except that instead of a being a Jewish woman from New York, my Rhoda is a Catholic, Lebanese-American from the South. We still have the same sensibilities, though!

CZ: Oh, I really loved Saturday mornings when we could watch two full hours of “Looney Tunes.” Pure heaven! But two of my inayopendelewa sinema that I watched on TV as a kid were “Singing in the Rain” (I staged my own version of that movie in our basement) and “The Goodbye Girl.” I’m sure I didn’t really understand Neil Simon’s film, but I identified with the child actor playing Lucy. And I’m sure something in that movie made me want to songesha to New York as an artist!

CZ: Well, every winter I make crème fraîche in the bathroom. We have a radiator under the bathroom sink that creates the perfect temperature for curdling milk. So if you’ve had chicken in cream sauce at our home, it’s made with crème fraîche à la commode!

CZ: I’m on all the social medias at @constancecooks (well, not snapchat cuz like my character, I’m not hip enough to understand exactly what that is!). I’m most busy on IG.

And although we haven’t released any episodes to the public yet — because we’re still shopping the onyesha around — as a result of the NYWIFT Online Shorts Festival, wewe can view the first episode streaming on both Roku and GoIndieTV.

Lastly, we will soon post the recipes from the end of each episode as stand-alone clips on YouTube, so keep an eye out for those, too!

Thanks, Constance -- and keep cooking up the laughs! 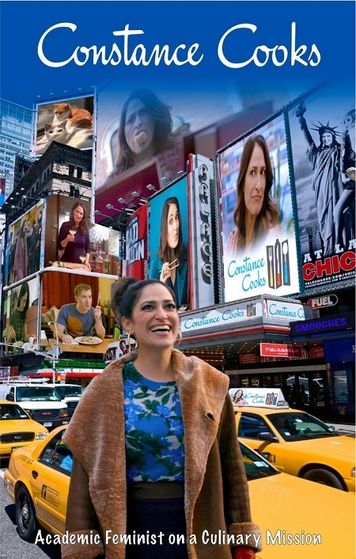 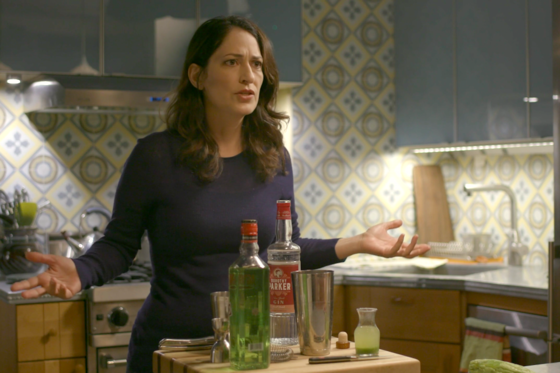 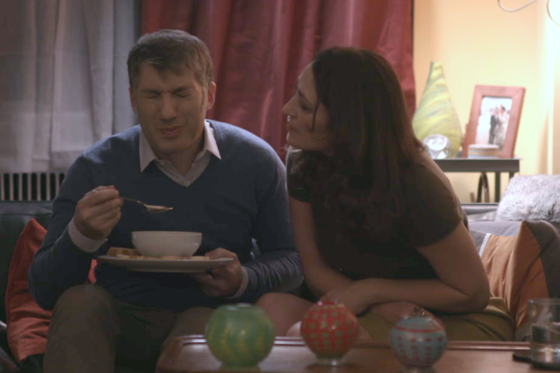 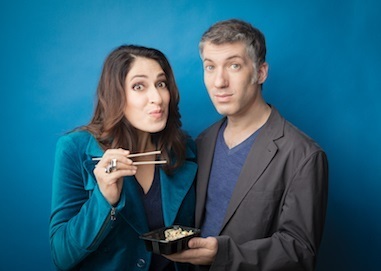 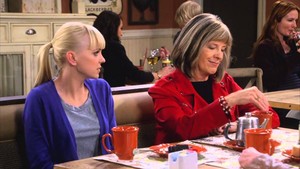 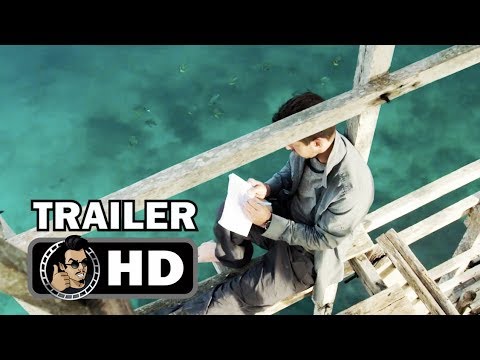 Jadiel Dowlin
If you’re a parent and wewe don’t have your kids watching Amazon’s original series link...then what are wewe thinkging?!

You’re missing a chance to onyesha them that smart girls rock (and so do the boys that hang out with them).

Rising young nyota link stars in the series and has been rocking the red carpet lately earning award nomination after award nomination for his work. Most recently, the Canadian actor made his way to Los Angeles to attend the Daytime Emmy Awards – for which he was nominated for ‘Outstanding Performer in a Children's au Pre-School Children's Series’. 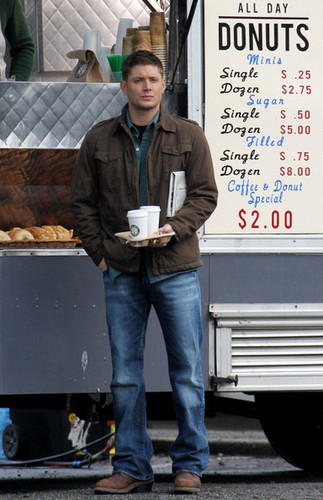 2
Jared Padalecki and Jensen Ackles on Set
added by yashar_safavi 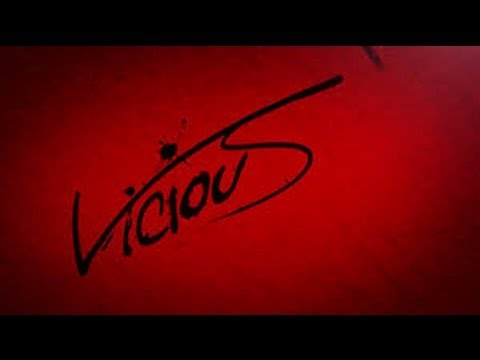 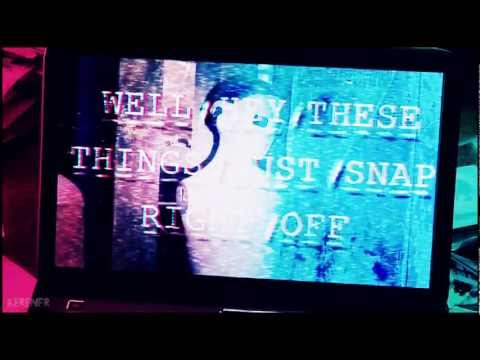 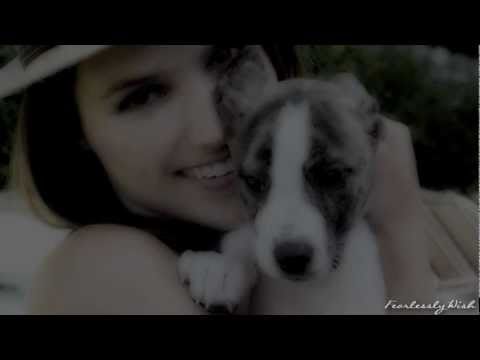 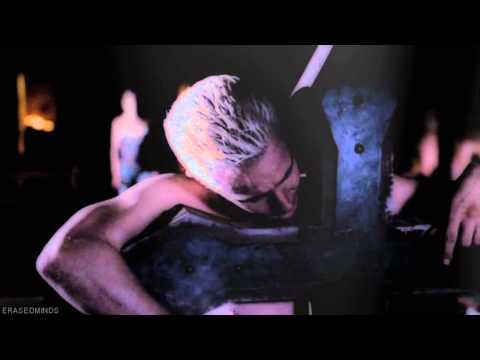 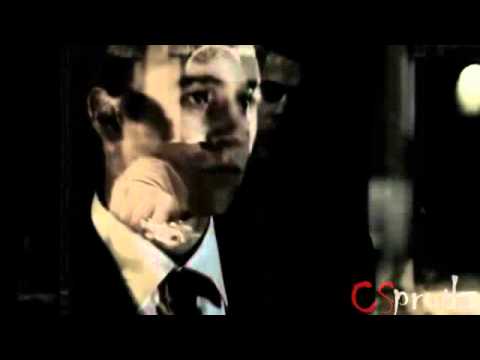