4
There are Worse Games to Play Part 7
posted by iluvPrinceMJ213
I think I felt the same; I wanted every bit of him.

I lied down and pulled the cover over my head and got so close to him our legs and feet touched.

When we both woke up entirely I aliiba away to my room, an avox was waiting there.

She stared and I grabbed a red tee shirt, put my hair up, and pulled on jeans.

I pulled on a pair of Converse and headed out to the table.

Thayer came out of his room and snickered and said, “you first.”

I nodded and went out and Pranet laughed and said, “Look who decided to wake up.”

“He’ll probably be out here soon, I heard him getting up when I passed his room.”

I nodded and bit into a piece of bacon as Thayer came out.

“And here he is”, Elisabeth said.

I smiled at her, she was so funny.

“Okay so I thought you’d come with me first Lyric and Pranet wewe go with Thayer then us switch in three hours then hand wewe off to your stylist”, alisema Elisabeth.

“Of course I probably need the most practice on how to walk in heels anyway.”

She laughed, it was beautiful sound.

So I followed her and she had me put on a long dress and heels.

I had a lot of trouble tripping, and my feet started to hurt.

I gave her a sad smile and said, “Guess I’m not very feminine.”

She smiled and said, “well this is just for the interview, be anything but feminine in the arena.”

I laughed and said, “Trust me I’ll be so masculine it’ll be hard to see any sort of girlyness to me.”

Then I went to Thayer, he smiled when I came in and said, “Okay we need to decide how we’re going to present you.”

I nodded and he said, “how about cute girl?”

I glared at him and he laughed and said, “Just kidding.”

“Sexy”, he alisema raising his eyebrows.

He laughed and said, “how about smart, beautiful, strong, tomboy?”

“Now off to the stylists.”

I smiled at him and headed to the stylists.

Beau kept me at ease.

“So how about we do a bit of change, instead of dhahabu we can do silver viatu, ndala high heels, polish your nails clear, and put wewe in silver jewelry.”

I agreed and they put on a gentle pink lip gloss, green eye shadow, they put my hair up and then stuck a silver comb in it.

They put concealer on and then they brought out a long, flowing green dress that was covered in silver sparkles that looked like fireworks. It was beautiful, it matched my eyes perfectly.

I stepped into and pulled it on then Lenny fastened my silver shoes on.

I twirled a bit and it flowed perfectly.

I smiled at Beau and said, “It’s the best dress I’ve ever worn.”

I looked in the mirror and found myself simply beautiful.

I then stepped out and saw Pranet in a suit with a red tie, red was a color he looked best in.

His eyes saw me and he smiled and said, “Wow! Have wewe ever looked zaidi beautiful?”

“Come on guys wewe need to get ready to get on stage.”

We are lined up kwa our districts; I’ll be the first to be interviewed, great.

They then send us to walk on stage and the crowd cheers as we do and sit on stools.

The announcers name is Shartruse Rain what an ostentatious name I think, but he’s kind and gentle but hyper and I’m not sure if I like him.

They then onyesha the scores.

I look at twelve’s first and work my way up.

And then I see Pranet scored an eleven, the highest score yet then I see mine.

I thought I did well but I hadn’t thought I’d done that well.

The crowd cheers and I know the wadhamini are now wild for me and Pranet but the tributes are going to single us out as the biggest competitors.

Shartruse signals me mbele and I nod and sit on the kinyesi inayofuata him and he says, “this is Lyric Lust of District one, and you’ve just pulled a twelve. How do wewe feel about that?”

“Really good, I was confident in my abilities but I never expected the highest score.”

He smiles and says, “Well wewe look just beautiful tonight. Is there any special guy back nyumbani that this belongs to?”

“Oh well there probably will be shortly.”

“That is if I win, but I try not expecting too much.”

I nod then head back to my seat.

Then its Pranet’s turn he’s so at ease as he walks up there.

“So Pranet your name is very familiar around here, your Mercury Jolts son, so sorry about his death.”

“Thank you”, he says gently.

“Well wewe look well, and I expect your siblings are the same.”

“Yes Phen and Bryant are fine.”

“Good, so I’m going to ask this swali to everybody. Is there somebody real special in your life?”

“A bit but the prospects aren’t very good now.”

“If I Lost it’d be all good but it’d mean a lot zaidi to lose than to win now I believe.”

“Oh well your times up but you’ve definitely left us on the edge of our seats.”

The rest went and I didn’t pay much attention to anything but my hands as I played with them.

Then the Capitol Anthem played and I snapped into reality.

We walked off stage and hit Pranet with my hip and said, “So who’s this girl?”

“Oh her she’s from a long time zamani I didn’t want to sound dull.”

I laughed and said, “Are wewe calling me dull?”

“No, of course not”, he alisema sarcastically.

I punched his arm and he laughed.

We went up and saw Thayer and Elisabeth both smiling.

“You two did great.”

“Well wewe two better get to kitanda the games are tomorrow.”

That’s when it hit me and I wanted to jump off a cliff.

I nodded and ran to my room pulled off that dress kicked of the sandals wiped the make up off and got into kitanda in my underwear and tee shirt.

Around an saa later my door opened and of course it was Thayer.

He sat on my kitanda and he said, “When wewe alisema wewe had no one back home, it kind of hurt wewe know.”

I yawned and said, “Are wewe back nyumbani right now?”

He stared off for a while and said, “Okay I guess not.”

He climbed under the cover and said, “I really wish I had noticed wewe before the games. wewe know? I guess I did I saw you, thought wewe were pretty but it’s just I never saw wewe this way.”

“And what would that be?”

I pulled him towards me and ran my fingers through his hair and said, “If I’m yours then your mine. Right?”

“I think that’s the way it goes”, he alisema laughing.

Then I put my lips on his and said, “I think you’re going to make me upendo you.”

Just what he had alisema this morning.

He grinned and alisema “Heard that did you?”

“And wewe feel the same?”

I caressed his cheek and said, “I will, for you.”

He smiled and fell asleep it was so easy for him but then he woke up and I woke up he was in a hot sweat panting beside me and I touched his arm and he saw me and relaxed and said, “The damn games.” 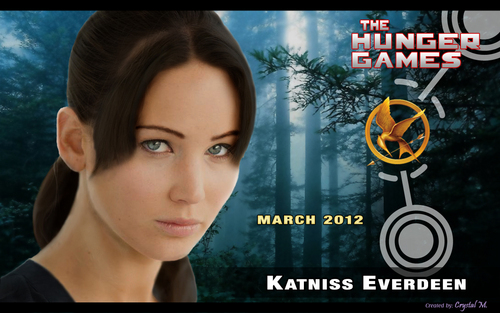 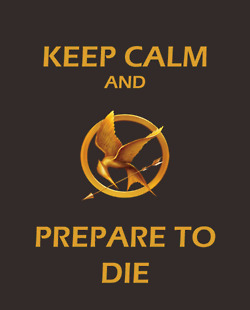 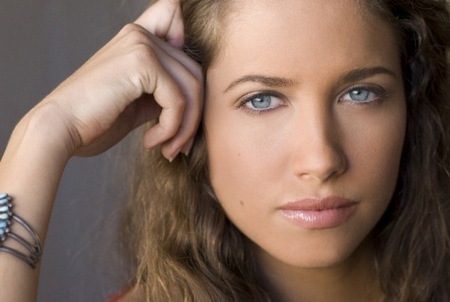 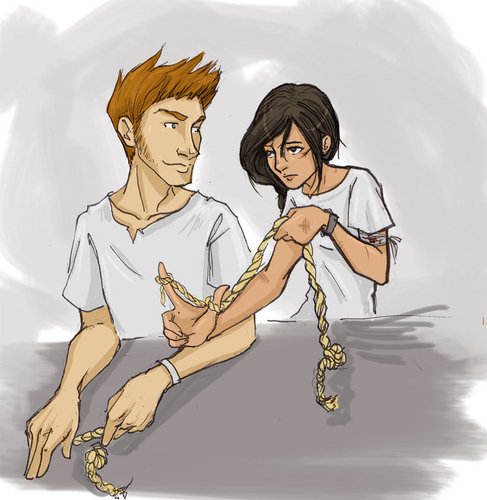 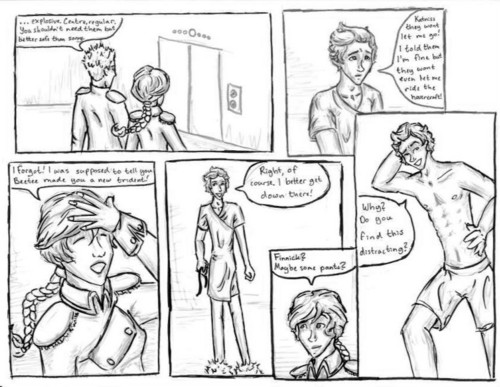 36
Do wewe Find This Distracting?
added by Rain666
Source: Forever-Sam at DA 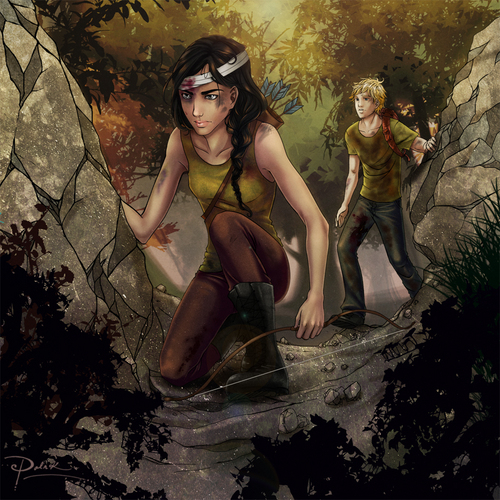 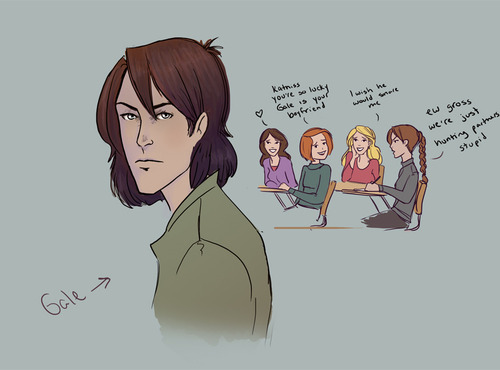 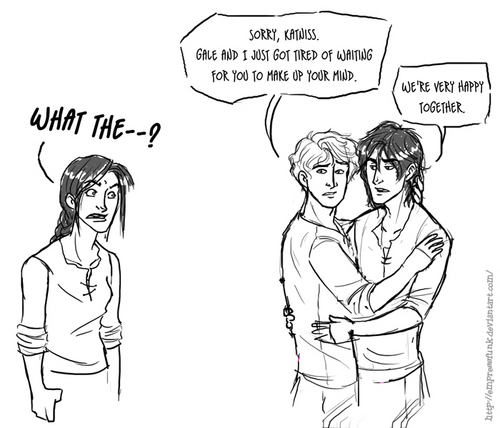 23
The true ending to Mockingjay
added by silver93
Source: EmpressFunk 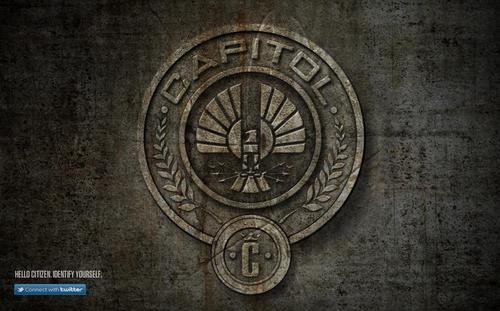 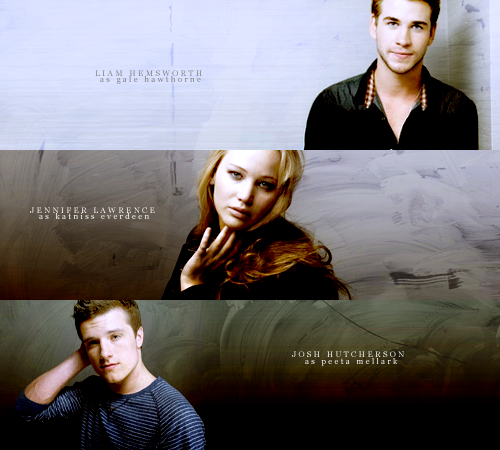 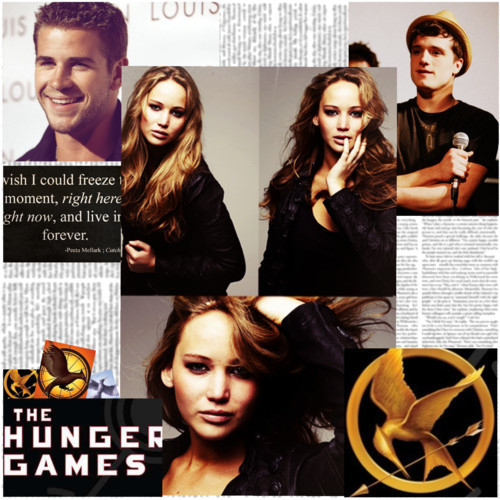 The Hunger Games ♥
added by vfl_04 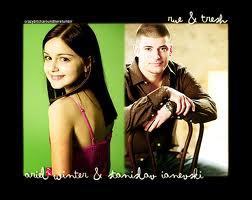 2
Rue and Thresh-District 11
added by Blacksword 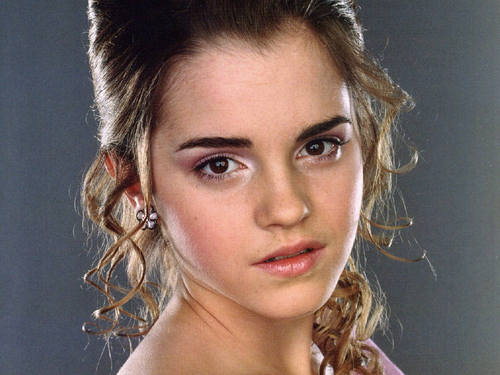 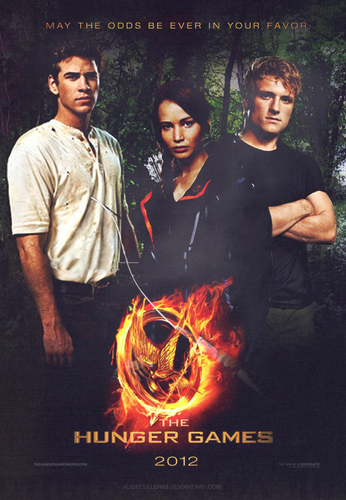 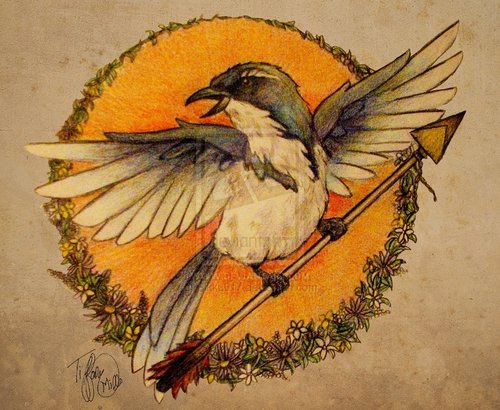 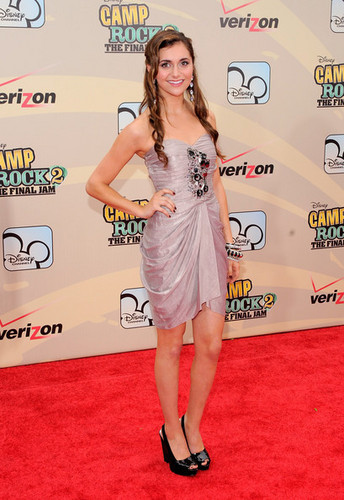 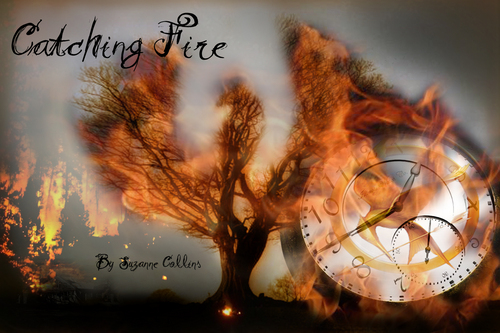 6
Map of Panem
added by maggiemam