Princess Rose Red: The Daughter of Snow White & Prince (Part 2)
posted by sweetie-94
The kilima was so wonderful that Rose Red felt sad over leaving them, but she was ready to see the castle.

The ngome was so big and beautiful and was located close to the sea and was high up the mountains.

They went inside and after a while Rose Red discoverd a mirror and asked her mother about the mirror because she thought that she saw a face in it.
"It's a magic mirror, wewe can ask anything and it will wewe the answer, but when I lived here there I lived with my stepmother and she used the mirror to ask who the fairest one of all was and usually it alisema that she was, but one siku it alisema that I was the fairest and since my stepmother was vain she didn't want anyone else to be zaidi fair than she so she sended a huntsman to kill me, but he didn't, he told me to run into the forest and never return, there I met some wanyama and they led me to the cottage we passed kwa before and they protected me from my stepmother until one siku when she came dressed as an old hag and gave me a poisned apple that made me fall into a deep sleep, but I was awaken kwa your father, he kissed me and he took me to the ngome we live in now", Snow White told Rose Red.

But suddenly Rose Red felt like someone grabbed her and then she was taken away from her mother, but her mother was gone, but she rememberd why she had gone, because there was someone living here.

At first Rose Red thought that she would be taken to prison, but instead she was forced into wearing rags and now she had to work very hard, but who could do something so terrible to her? None other than a Queen who had found the ngome when Rose Red was born and she was very vain, but Rose Red didn't knew it.

Meanwhile Snow White discoverd that her daughter was gone and started to tafuta around the castle, but gave up when she couldn't find her and returned to the ngome with tears in her eyes.

One siku when Rose Red did her chores a prince rode by, he was almost Rose Red's age and looked very handsome. He climbed over the ukuta and saw the beautiful Rose Red and suddenly she discoverd him.
"What are wewe doing here", she asked him looking unimpressed kwa his entrance.
"I rode kwa the ngome when I heard a beautiful voice that seemed to belong to you", the prince answered.
"Why are all princes falling for a girl's voice instead of the personality, but I don't mind the fact that my father fell for my mother's voice because they're my parents", Rose Red thought for herself.
"Could wewe please leave, your making me angry, if wewe don't leave then you'll go to prison because there's someone living here and you've just broke the rule about entering someone else's house", Rose Red alisema red as a nyanya in the face.
"Okay I'll leave, but can we see each other again soon", the prince said.
"Hm, maybe if wewe can tell me your name", Rose Red said.
"My name is Harold", the prince answered.
"Nice name, well okay we can see each other again, but promise me that you'll never again breaks into this ngome again", Rose Red said.
"Okay, I'll promise", Harold answered.

Rose Red continued with her chores, but with a dreamy look for she had found the perfect prince, but he was a criminal, but there was something in his personality and the fact that he was quite handsome that made Rose Red upendo him.

That night she dreamt of him and the inayofuata morning the Queen awoke her and told her that today she was going to the forest with one of her servants and Rose Red couldn't help but scream out of joy for she had never been outside the ngome for ages.

When Rose Red and the servant came to the forest Rose Red picked a pair of flowers for the Queen for the fact that she finally was outside the castle, but suddenly she saw a little bird that looked like it was Lost au something. She tried to help the little bird to find the parents and very soon they saw two bigger birds flying around that looked like it could be the bird's parents and the bird flew away.

With the reason cleared up Rose Red ran through the same forest that she and her mother had walked in years ago, but now it looked like the one she had in her nightmare years ago, it was filled with glowing eyes that came from the dark, trees with throny hands, logs that looked like alligators and more. Rose Red was so terrified that when she couldn't take anymore she fell down to the ground and began to cry.

After a while she looked up and decided to stay in the cottage that her mother had stayed in before and she knew where it was.

When she arrived she waited until the owner's came nyumbani so that she didn't felt uninvited for she knew that breaking into the house meant prison for her, but she knew that the law was new because when her mother was her age the law didn't excist and her mother just broke into the house, but Rose Red wasn't impatient and luckily the owner's came nyumbani after just a few dakika and they wheren't surprised to see Rose Red because they knew that she was the daughter of Snow White and they had seen her when she was very young and now she was a beautiful 18 mwaka old young woman.

After chajio, chakula cha jioni they danced and had fun, Rose Red had learnt how to dance from her mother who had been a great dancer and was still a great dancer. But then she decided to tell them about Harold, the prince that she met when she worked in the castle.
"Even though he was a criminal because he broke into the ngome I still upendo him, he's very handsome", she told the dwarfs.

After that they went up to the bedroom and Rose Red tried to guess each of their names without kusoma the names on the beds, but it wasn't easy though she still managed to guess a few of them.
"Hm, you're Doc", she alisema pointing at the dwarf with the glasses and so she continued with the rest of them.
"You're Bashful and you're Sleepy and you're Sneezy and you're Happy and you're Dopey and then wewe must be Grumpy", she alisema and she guessed right on all of them.

Then Rose Red went downstairs to sleep on the same kitanda that she had seen when she had visited the cottage with her mother and fell asleep.

(End of Part 2)
Chatleen likes this
angelmahi Nice
starlight77 Hmmm so Rose Red just did the same thing her mother did? Same people and all minus Harold right, he's new. What made Red Rose repeat what her mother did? And this makes a lot of sense: "I know that you're trying to kill me, I may not know the reason to why, but I'm going to run away and never return to here". Other than that pretty good. Just try to shake it up and not make it like you're retelling the original again. 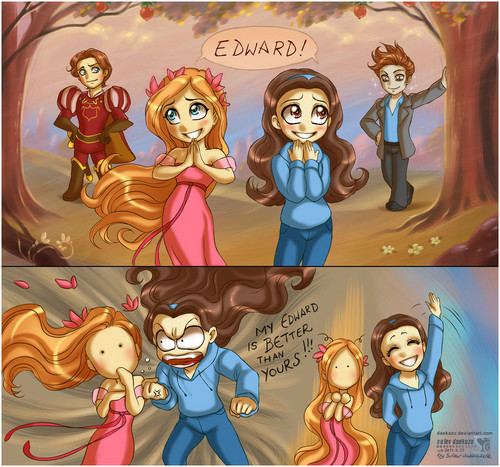 2
Giselle and Bella
added by dee389 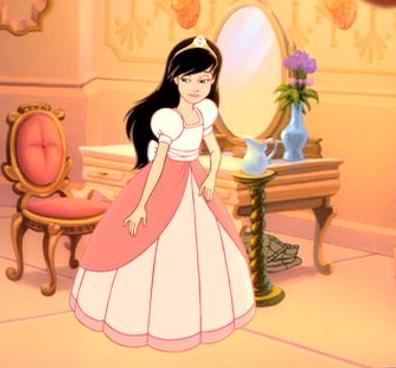 2
Melody with her hair loose
added by blablablu95 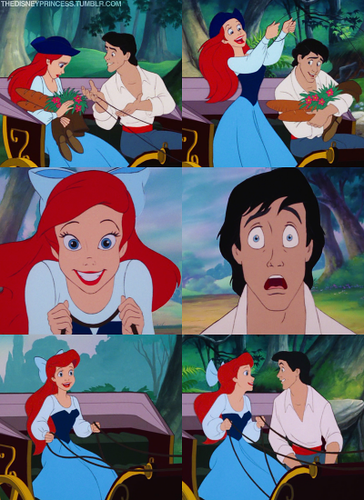 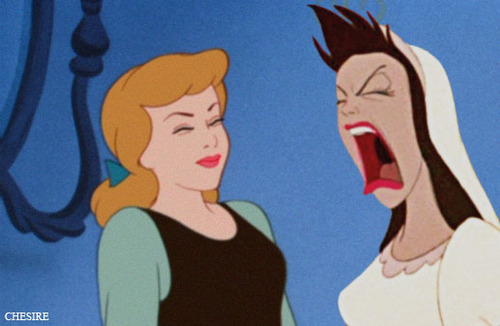 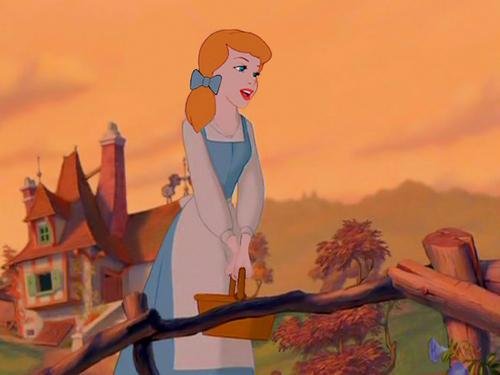 3
cinderella as Belle
added by kiraragirl200
Source: me 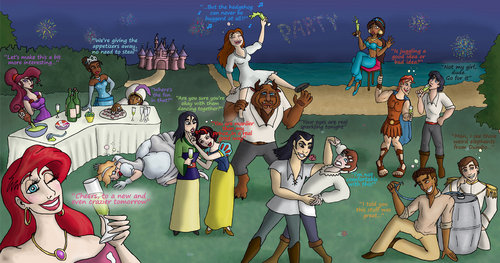 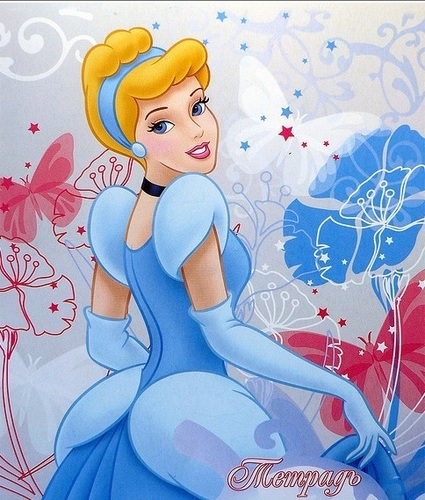 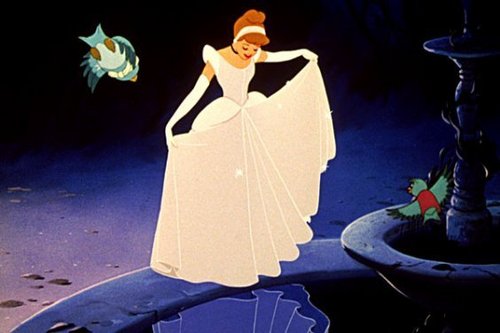 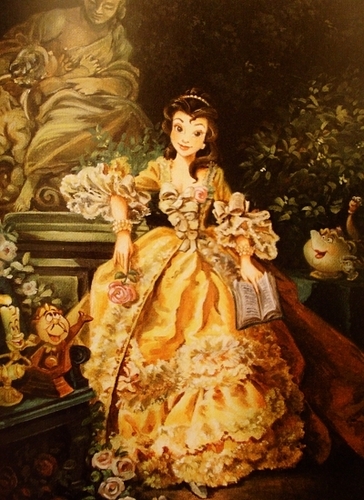 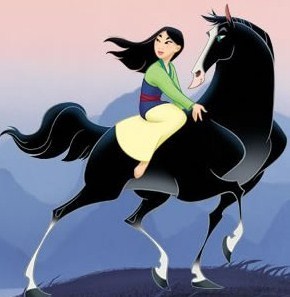 1
Mulan on Khan
added by Delilah_Scruggs 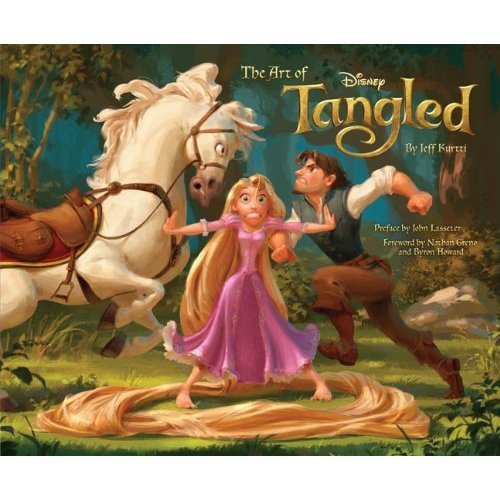 Tangled
added by hindaa
Source: not mine 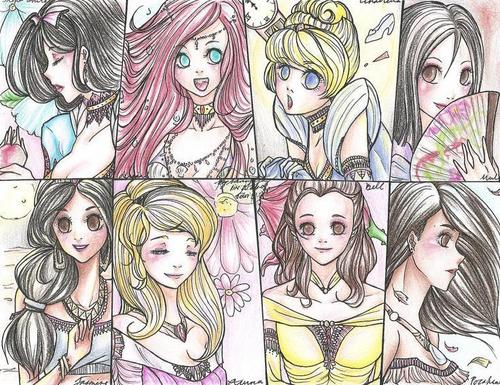 1
Disney Princess line up
added by Elemental-Aura
Source: me 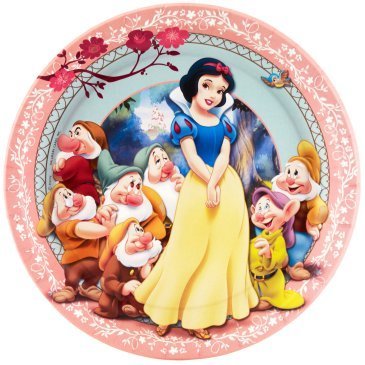 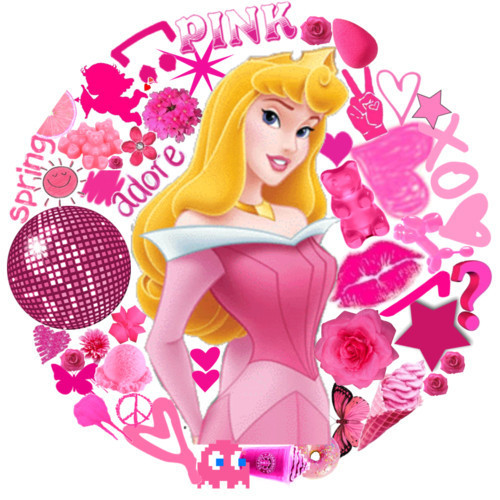 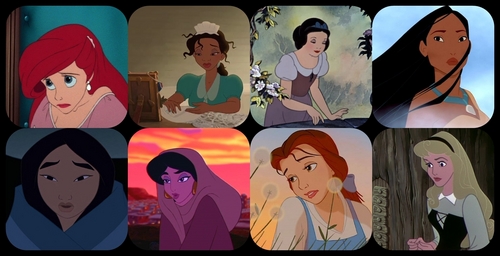 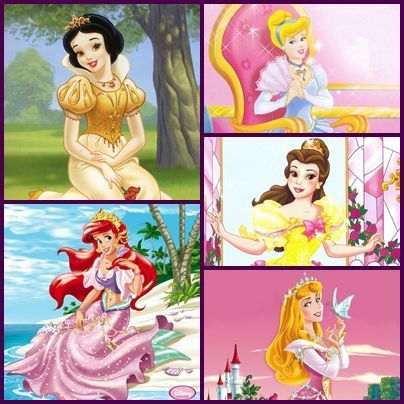 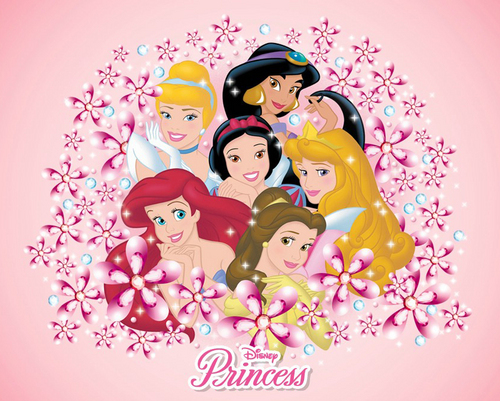